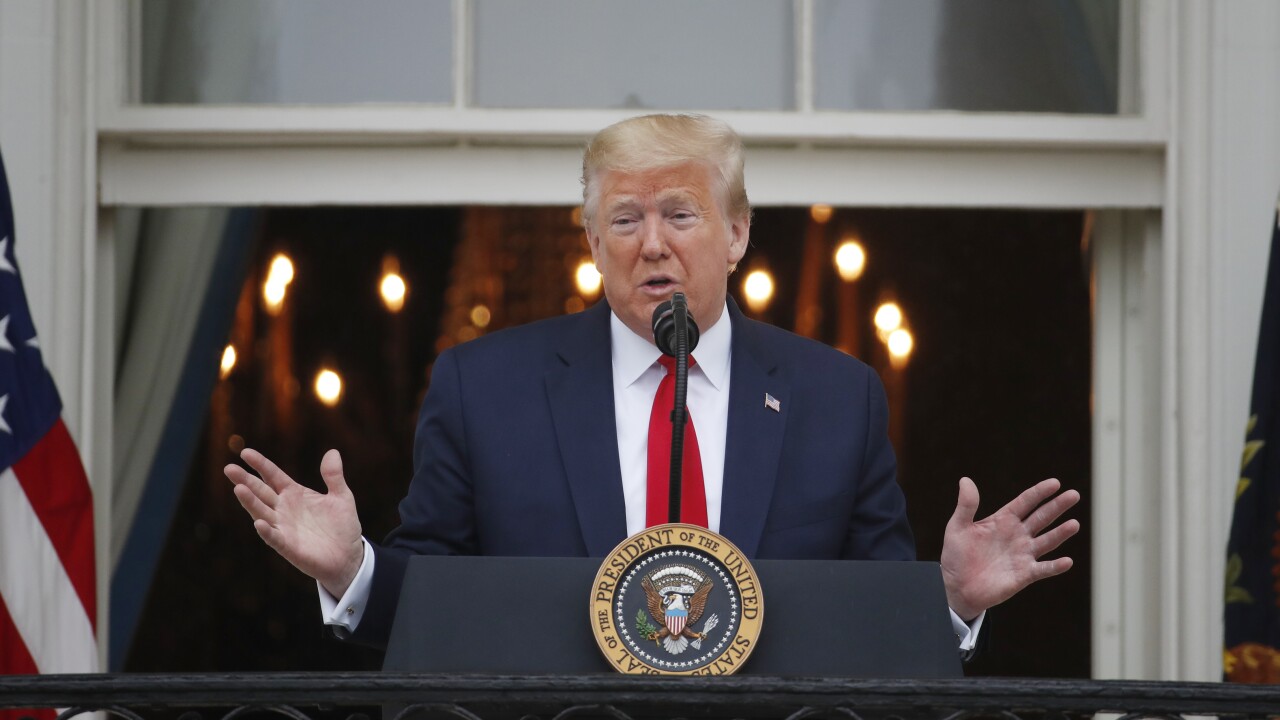 Alex Brandon/AP
President Donald Trump speaks during a "Rolling to Remember Ceremony," to honor the nation's veterans and POW/MIA, from the Blue Room Balcony of the White House, Friday, May 22, 2020, in Washington. (AP Photo/Alex Brandon)

The White House says President Donald Trump will be on the Florida coast Wednesday to watch American astronauts blast into orbit from the Kennedy Space Center.

It'll be the first time since the space shuttle program ended in 2011 that U.S. astronauts will launch into space aboard an American rocket from American soil.

Also new is that a private company will be in charge, instead of NASA. Elon Musk's SpaceX will run the show with NASA as the customer as private businesses begin chauffeuring astronauts to the International Space Station. V