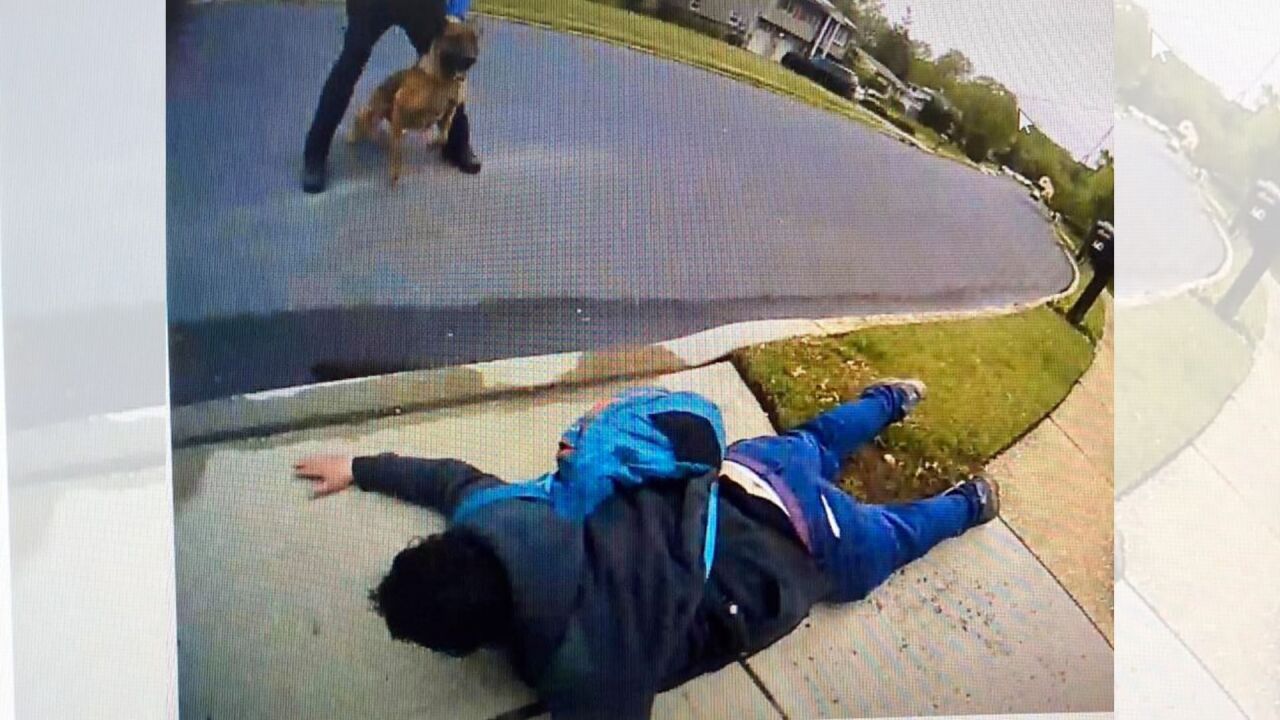 Howell Township Police Department
A suspect accused of attacking a nurse who previously treated him at a hospital is taken into custody by a police sergeant in Howell, New Jersey on Friday, May 22, 2020.

HOWELL, N.J. — A New Jersey man is facing charges after he tried to kidnap a nurse from her home a day after she treated him at a hospital, police said Sunday night.

Leonardo Larrarte, 37, of Lakewood, is accused of showing up at the victim’s house on Newton’s Corner Road in the Ramtown section of Howell around 3:30 p.m. Friday, according to the Howell Township Police Department.

The woman’s 64-year-old mother had let Larrarte inside the home while she was upstairs with a friend, but when she came down to see who it was she immediately recognized him as someone she had admitted into Monmouth Medical Center - Kimball the night before and demanded he leave the house, police said.

The friend who was upstairs when the attack began called 911 but didn’t know the house number, according to police.

As officers rushed to the area, neighbors who also heard the attack called 911 with the full address.

Inside the house, meanwhile, the victim was able to grab a knife and tried to stab Larrarte in defense, police said. He was not injured and after the woman continued to resist his attacks he fled the home, according to police.

When officers arrived, they found the woman bleeding and holding ice to her face. The victim and her mother were both treated and released from a hospital.

Larrarte’s description was broadcast to the department and he was spotted by a police sergeant and his K9 Vito, police said.

He was taken into custody without incident and made statements implicating himself in the attack, according to police.

“Our homes are our sanctuary. A place that should always be safe. No one should have to go through such a traumatic, life altering incident such as this,” Howell Police Chief Andrew Kudrick Jr. said in a statement Sunday. “Fortunately, she fought back and refused to quit. As a result she survived. Predators such as Larrarte should never be allowed to see another day of freedom to victimize another innocent person.”

He’s being held at Monmouth County Correctional Institution until a hearing can be set.

This story was originally published by Lauren Cook at WPIX.