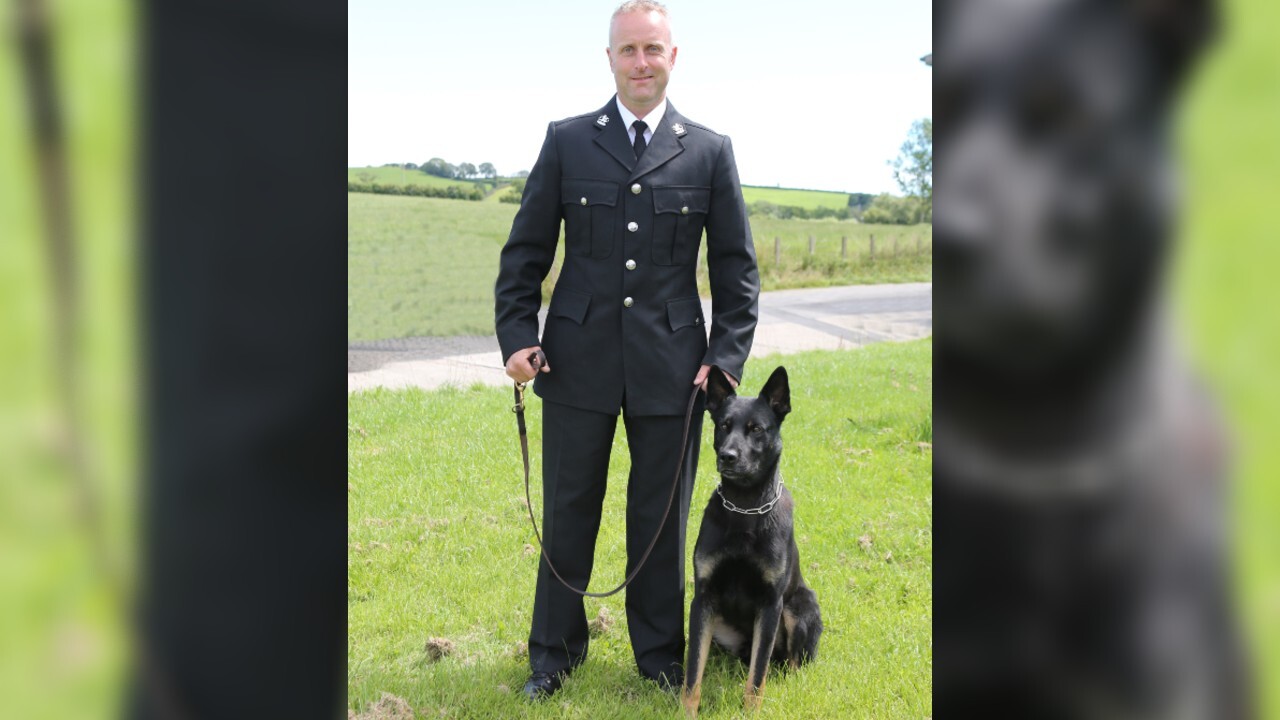 POWYS, Wales – A police dog in Wales had an eventful first shift and he deserves all the treats.

Dyfed-Powys Police say their newly licensed dog, Max, found a missing mother and her 1-year-old child on the edge of a ravine during his first night on the job.

Police say the 2-year-old German shepherd and his handler, PC Peter Lloyd, were crucial in tracking down the woman and toddler, who were reported missing on Saturday.

The woman had reportedly not been seen or heard from for two days, which was out of character, and her phone wasn’t working.

Thankfully, officers say the woman’s car was quickly found on a mountain road, which gave crews an area to start searching.

“This is where PD Max’s tracking skills really came into play,” said Inspector Jonathan Rees-Jones in a press release. “Despite only recently becoming licensed, and on his first operational shift, he immediately commenced an open area search.”

Police say Max and Lloyd covered a significant distance and at 1:30 p.m., they spotted the missing woman waving for help near a steep ravine on the mountain side. She was helped down, and arrangements were made for her and her baby to be checked out by medical professionals.

“They were safe, but cold, and appeared to have been in the area for a significant amount of time,” said Rees-Jones.

Max is a general-purpose dog, who will primarily be used for tracking and locating people in buildings and open air, tracing discarded property and tracking and detaining suspects, according to police.

“I was really pleased that during our first operational deployment as a dog team, myself and Max were able to safely locate the missing mother and baby,” said Lloyd. “Max remained focused throughout the long search and he proved invaluable when he reacted to the call for help which resulted in us locating them.”