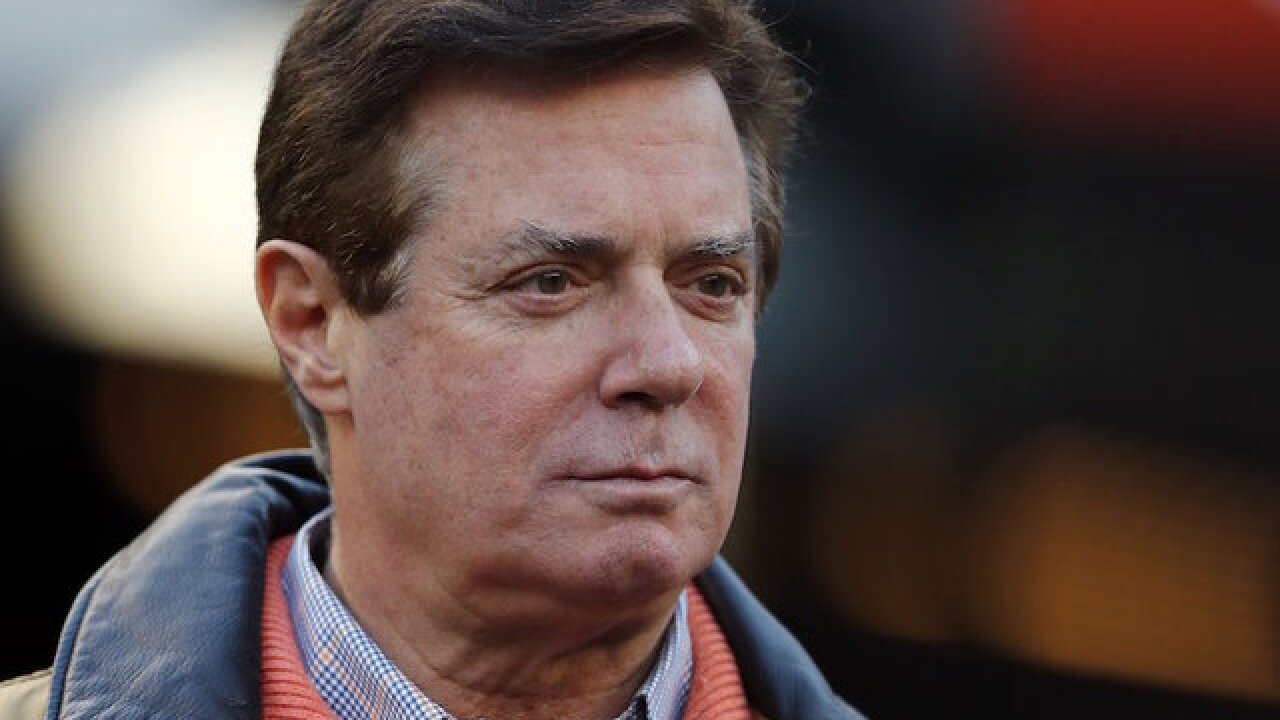 © 2018 Cable News Network, Inc.
Elsa/Getty Images
<p>The hearing comes just days after prosecutors told the judge, Amy Berman Jackson of the US District Court in Washington, that they believe Manafort lied during his interviews with investigators following his guilty plea in September.</p>

The announcement came at a half-hour court hearing Friday morning, where Manafort's team learned that his sentencing for conspiracy and witness tampering will happen on March 5, 2019.

The hearing came just days after special counsel prosecutors said they believe Manafort lied during his interviews with investigators following his guilty plea in September. The special counsel's office may have to turn over evidence backing up its claim in the coming weeks.

Such a move could give Manafort's legal team, and in theory, President Donald Trump's lawyers if they are still in touch, a new window into some of the information Mueller has collected during the investigation.

Manafort pleaded guilty earlier this year to two charges of conspiracy and witness tampering, while publicly admitting he committed several other financial and lobbying crimes. He separately was found guilty by a jury in Virginia of eight financial fraud charges related to his Ukrainian lobbying proceeds.

Lead prosecutor Andrew Weissmann said the Justice Department is evaluating whether Manafort could still be held liable for crimes he's admitted to but is not currently charged with in federal court.

"I don't know at this time. We will have to evaluate whether it will be fruitful to take action" on those crimes, Weissmann said.

Manafort is currently in jail in Alexandria, Virginia. He did not attend the hearing Friday; two defense attorneys were there on his behalf.

Since his initial indictment last October, Manafort has been a thorn for prosecutors and, at times, for the judge.

While he still claimed his innocence in the case, prosecutors indicted him for attempting to contact potential witnesses to shape their stories. He then went to trial in Virginia federal court, holding off prosecutors from making a deal. After he lost his case at trial, Manafort changed his plea and agreed to cooperate with investigators. But that cooperation now appears to be tainted with the lying accusation -- another unusual turn of events.

Manafort says he believes he was truthful with investigators.

"We have ... had lengthy conversations with the defense to discuss the facts," related to Manafort's alleged lies during his cooperation, Weissmann said. "They're aware the gravemen of what the concerns are."

Both legal teams will hash that out in court soon, with filings beginning to come in next week about the facts of how Manafort's cooperation fell apart.

Despite the dispute over whether Manafort breached his plea deal, the two parties struck a cordial tone in the courtroom.

When things wrapped up, lawyers from both sides wished each other "happy holidays," sometimes shouting across the room, as people started filing out of the chilly courtroom.

Friday's hearing in Manafort's case could have been filled with fireworks. But instead, it was a hashing out of plans and procedures that set up clashes between the attorneys for the coming months.

Amy Berman Jackson of the US District Court has been a harsh critic so far of Manafort's legal maneuvers. She reprimanded his work ghost-writing an op-ed for a Ukrainian newspaper about himself after his arrest, and she denied every request he made to challenge the legal underpinnings of his indictment and Mueller's approach. She also revoked his house arrest in June, sending him to jail because of the witness tampering accusation.

Jackson has also taken issue more than once with Manafort's lead attorney, Kevin Downing, after he grew impassioned during court proceedings and raised his voice.

She placed a gag order on the case in its early days after Downing spoke to cameras outside the courtroom defending Manafort and President Donald Trump. Jackson has repeatedly warned Manafort's lawyers and Manafort that they should not play politics, especially in the media, as a way to influence the case.

"Other people can talk about the case ... but when those events become orchestrated or entangled, that's where the risk is of crossing the line," Jackson said at a hearing for Manafort and his deputy Rick Gates earlier this year, while they both still sought jury trials.

Downing took another unusual step in recent months -- of communicating with the President's legal team about Manafort's cooperation sessions, according to the President's personal attorney Rudy Giuliani. Trump has said recently a pardon for Manafort is not "off the table," raising questions about whether Trump telegraphed to Manafort to end his cooperation.

Prosecutors simply said earlier this week that Manafort "breached" his agreement by lying "on a variety of subject matters." They said they would give the judge more details at a later date, before his sentencing.

Jackson did note that the March sentencing date could be moved back as well.

If Jackson agrees that he broke his deal, Manafort's likely sentence in the DC case could be between 17 and almost 22 years in prison, according to his plea agreement. Prosecutors said they will decide at a later time whether they believe that sentence range should be reduced or increased. "We're still debating what the consequences will be," Weissmann said.

Manafort will be sentenced separately on February 8 for his convictions in Virginia.