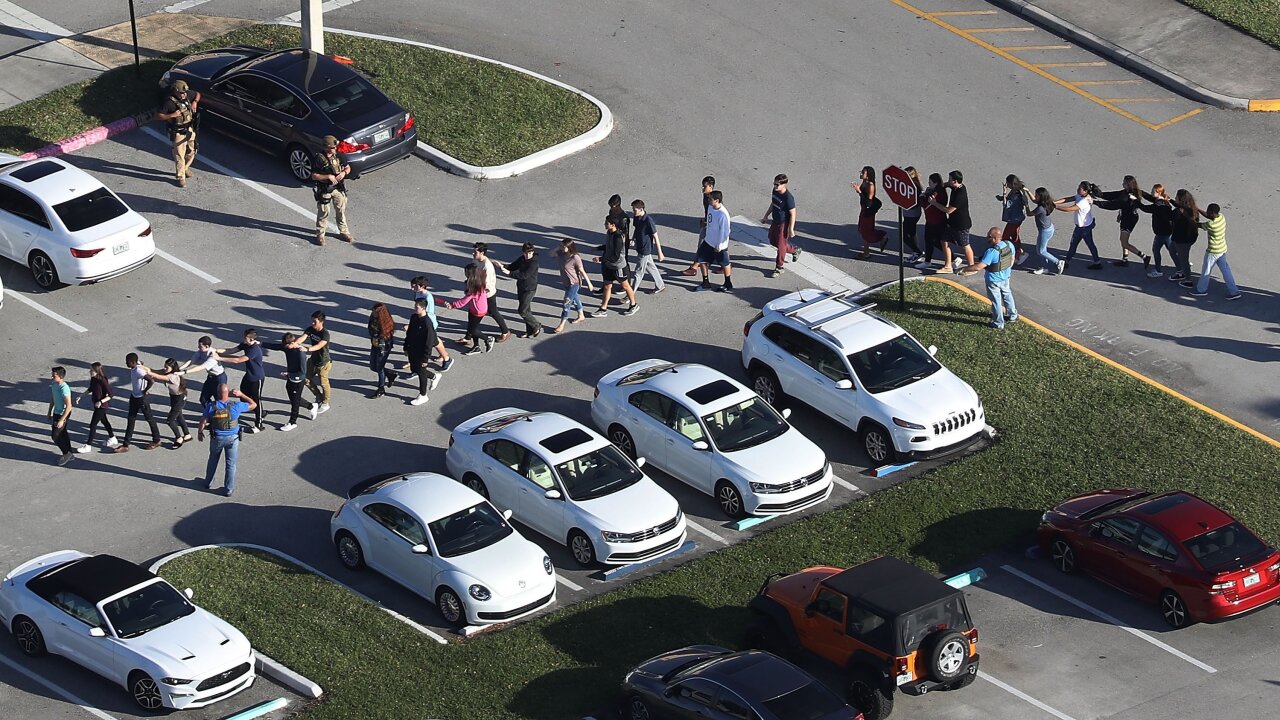 Exactly two years ago Friday, a gunman entered Marjory Stoneman Douglas High School in Parkland, Florida and killed 17 students and teachers. Another 17 people were injured in the mass shooting.

On Friday, the Parkland community will mark the tragic anniversary of the shooting with a series of events at nearby Pine Trails Park, according to the South Florida Sun Sentinel.

Among the events that will take place is a moment of silence, which will occur at 2:21 p.m. ET — the moment the attack began. A commemoration ceremony will take place later that evening in the park at 5 p.m. ET.

In the years that have passed, the community still continues to grapple with the tragedy. Last year, two Parkland survivors reportedly died by suicide in the weeks following the one-year anniversary of the tragedy.

The suspected gunman in the Parkland attack, Nikolas Cuz, still has yet to be tried for the murders he allegedly committed in 2018. In December, the judge in the case agreed to the defense's request to delay the trial until the summer of 2020.

Many of the students who survived the attack have gone on to become activists on both sides of the political spectrum. Former students like David Hogg and Emma Gonzalez continue to fight for gun control, while classmate student Kyle Kashuv speaks in favor of gun rights.

It's not just the students fighting for change. Parents of Parkland victims have continued to call for change — including Fred Guttenberg, the father of Jaime Guttenberg. Earleir this month, he was removed from President Donald Trump's State of the Union address after he interrupted the speech as Trump spoke about gun laws.