Ohio man trying to save his sinking home 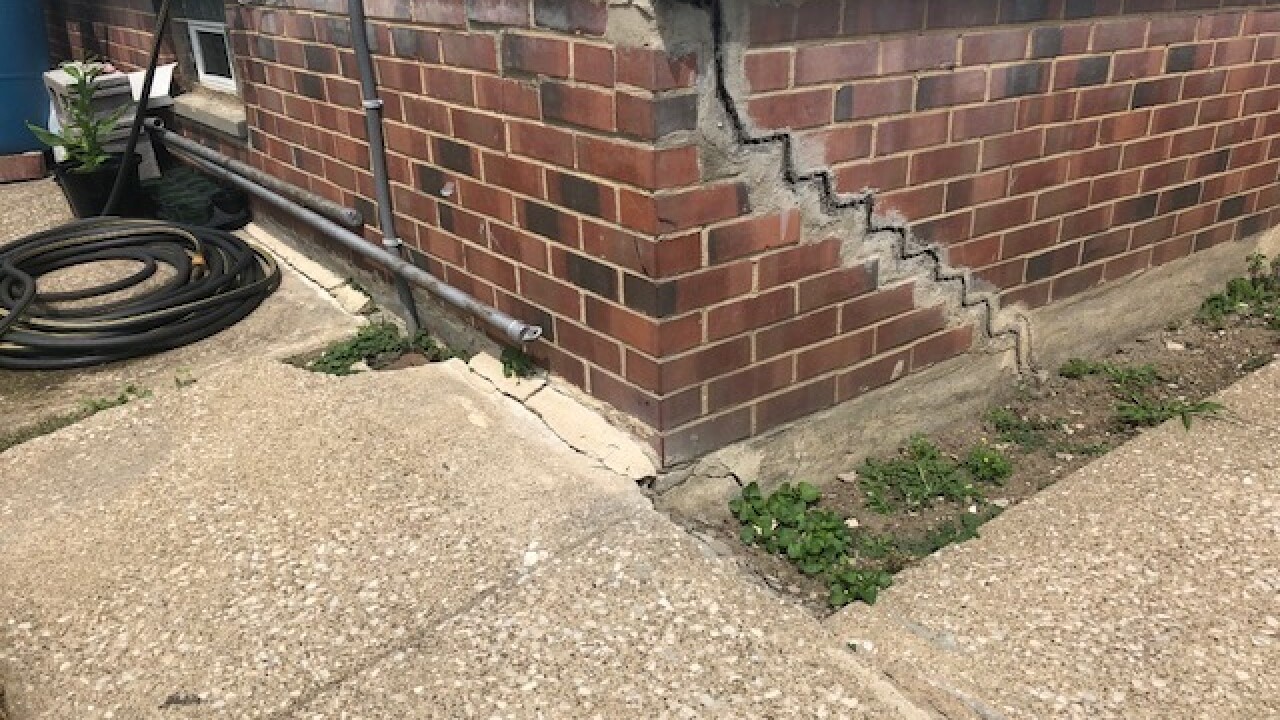 CLEVELAND - Day by day, Miguel Laboy’s home is sinking into the ground.

He lives on Cleveland’s near-west side. His neighbors? They’re seeing similar issues — foundations shifting and sinking, massive cracks in their floors and walls.

When Scripps affiliate WEWS-TV in Cleveland initially reported on the story in early August, the city of Cleveland told us that the homes — built decades ago — are all settling and any repairs are the responsibility of the homeowners. Laboy's home has sunk at least another inch since the initial story was reported.

Laboy received yet another blow when his homeowner’s insurance told him that they are also not responsible for helping with a fix.

The rejection letter states that their investigation found his policy does not cover damages caused by water and reads “There is no coverage for your claim.”

“I don’t know what to do,” Laboy said, frustrated. “Maybe wait until everything collapses and then the city and insurance will probably do something?”

Laboy, who has lived in the home for a decade after purchasing it from his father, has been trying to figure out a fix for the last year, calling city officials constantly. He said he feels more helpless with each day.

Laboy believes the neighborhood homes are sinking because they were built over a pond, which is shown on a planning map from the late 1800s, but the city has said test results did not find groundwater underneath his neighbor’s home.

Laboy said he will keep looking for answers as to who may be responsible because he invested all of his money into the house and has nowhere else to go.

“Whoever built these houses here is responsible, and we can’t find him and we will never ever find him so I say it’s the city’s fault,” Laboy said. “They put it here, they should fix it.”