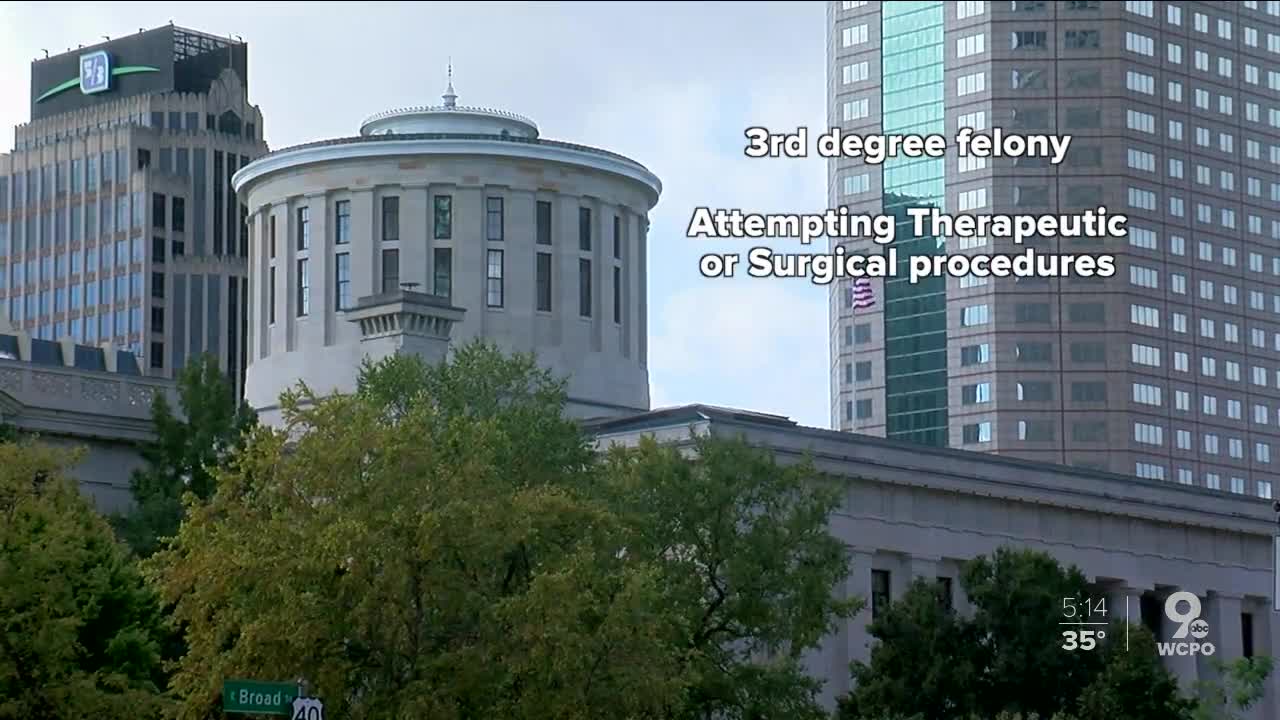 A newly proposed Ohio bill would make it punishable by law for physicians to medically aid transgender children through gender transition therapies.

Two Ohio lawmakers have proposed charging physicians who do treat transgender children with a third-degree felony if they attempt therapeutic or surgical procedures to change the gender of anyone under the age of 18. It would also allow parents to sue those physicians.

While the bill hasn't been formally filed yet, it's already caused concern among those who support transgender rights.

"Without the medications, and the access to doctors and therapists and all this, I don't know where these children are going to turn or what they're going to do," said Jessica Cicchinelli, the mother of a transgender child. "And that, that scares me more than anything."

Cicchinelli's child is one of 1,600 patients receiving treatment at Cincinnati Children's Hospital, in the Living with Change Clinic specifically designed to serve transgender children. Two doctors, a social worker and several members of nursing personnel work in the department currently.

Cicchinelli said the treatments her child receive are important, and help her child thrive. She's working to raise money to help fund the work that happens in the Living with Change Clinic.

"These lawmakers should not have the right to choose how we live our lives and the type of medication and that, you know, that we get," said Cicchinelli.

The American Academy of Pediatrics and the American Medical Association say "...physicians play a role by offering a safe and inclusive place for transgender and gender diverse youth ... "

This article was written by Courtney Francisco for WCPO .