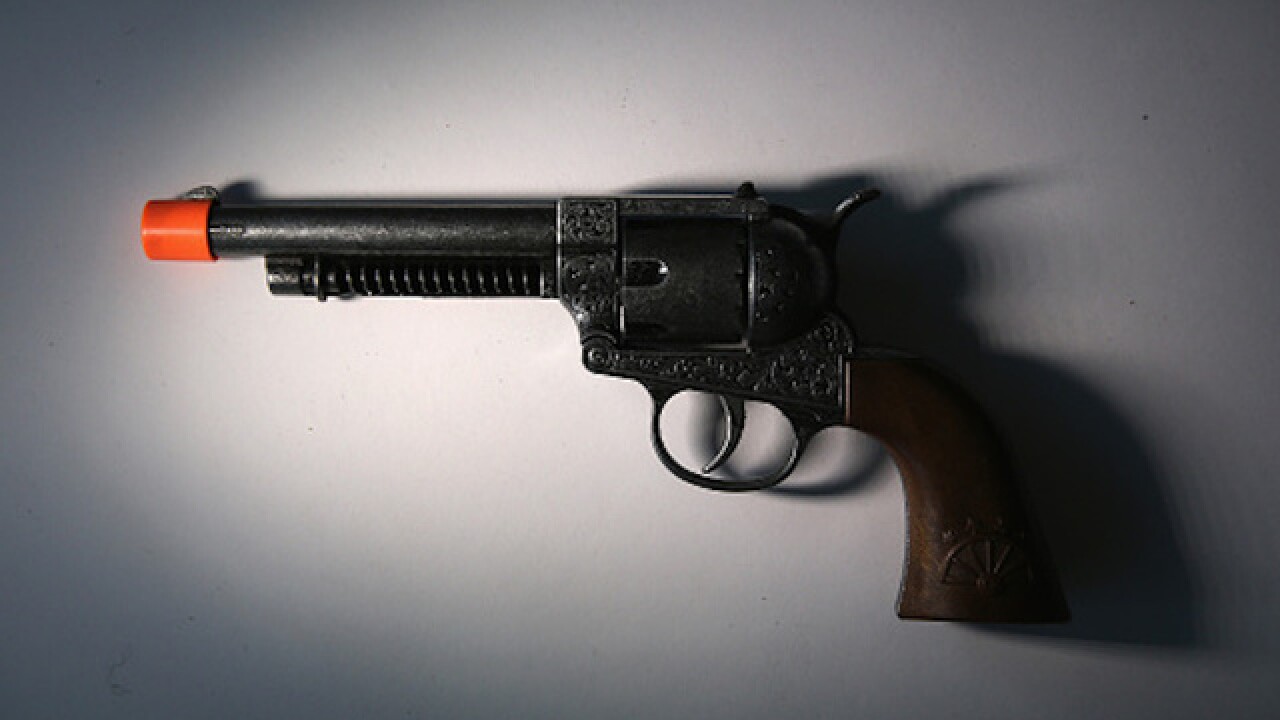 In a state that has had instances of young black men being shot by police while handling a BB gun, one officer in Ohio was thankful he did not pull the trigger on an 11-year-old he spotted carrying a BB gun.

According to the Columbus Division of Police, Officer Peter Casuccio was dispatched to a scene on Saturday to a gun run. When he arrived, Casuccio found an 11-year-old carrying a BB gun as he was walking with a 13-year-old companion.

At the scene, Casuccio expressed his frustration that he nearly shot the unidentified 11-year-old. The exchange was captured on Casuccio's police-issued body camera.

"This is getting kids killed all over the country," Casuccio said.

Casuccio explained to the boy that police got a call of a boy matching the 11-year-old's description holding a gun.

"I didn't show anybody it,' I was just holding it like this," the boy said.

"You can't do that," the officer responded. "That thing looks real."

Casuccio then explains the incident to the 11-year-old's mother.

"I pulled up and I’m not gonna lie, I drew down on them. He freaks out and he starts to pull the gun out of his waistband," the officer told the mother.

"He could have shot you for that, you know that?” the mother could be heard saying.

"He dropped it real fast, and I didn't know it was a BB gun until hit the sidewalk," Casuccio said.

In recent years, Ohio has had several notable instances of police shooting young black men carrying BB guns as officers believed the weapons were real. Some of those incidents have led to protests in those respective communities.

On Aug. 5, 2014, 22-year-old John Crawford III was fatally wounded after he was seen inside a Walmart in Beavercreek, Ohio carrying a BB gun. Officers Sean Williams and David Darkow were not criminally charged in connection to Crawford's death.

Three months later in Cleveland, 12-year-old Tamir Rice was seen in a park "pointing a pistol" at people in the park. In the call to police, the witness did state that the weapon was "probably fake." Moments later, Officer Timothy Loehmann fatally wounded Rice.

Loehmann was not criminally charged in Rice's death, but was later fired in 2017 after Cleveland Police discovered that he had lied on his job application. The City of Cleveland paid the Rice family a $6 million settlement.

In 2016 in Columbus, the same department Casuccio works for, Tyre King, 13, was shot and killed in the back by Officer Bryan Mason after police said King brandished an air gun. Mason was reportedly investigating a robbery at the time of the incident.

A grand jury declined to charge Mason criminally for the shooting. There is a pending lawsuit by King's family against the City of Columbus.