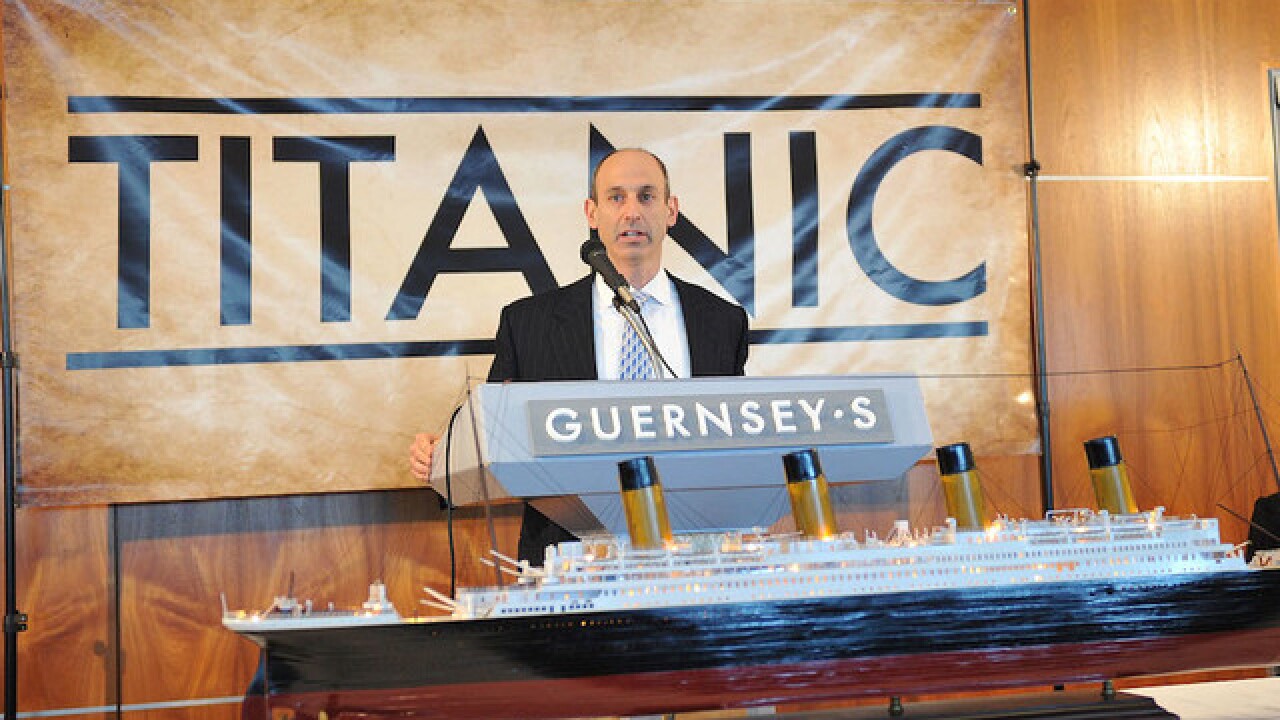 Thousands of items salvaged from the wreck of the RMS Titanic are set to go to auction next month to satisfy bankruptcy debts piled up by the company that owns them.

The collection features more than 5,500 artifacts rescued from the shipwreck of the famous ocean liner, including a bronze cherub from its grand staircase, sets of china from its dining rooms and a section of its hull.

An opening $19.5 million bid for the collection has been made by three hedge funds and an auction will go ahead only if a rival bid raises that offer by $2 million, a bankruptcy judge ruled last week.

Premier Exhibitions, the company that owns the items and exhibits them at four US cities, filed for bankruptcy in 2016, and the auction is required to pay off the company's debts. The items are being sold together, rather than individually.

Salvage rights to the ship are included in the auction, meaning that the winning bidder will be able to reclaim further treasures from the site.

Individual items from the ship, which sank on April 15, 1912, after hitting an iceberg, have brought in handsome sums at auction in the past.

A violin played by the band leader as the ocean liner went down was sold for $1.7 million in 2013, while a letter written in the ship's final hours fetched $166,000 last year.

Papers, documents and photographs are also among the water-damaged objects in Premier Exhibitions' collection

A group of UK museums had been campaigning to secure the rights to the artifacts and display them in London and Belfast, the city in which the ship was built.

Their effort was supported by James Cameron, director of the 1997 film chronicling the disaster, and Robert Ballard, the oceanographer who initially discovered the remains of the ship in the Atlantic Ocean.

And museum heads warned when they announced their campaign in July that the items could be lost from the public domain if they were to go to auction.

"These artifacts, which are of great historical significance, are at risk of being split up, sold to private collectors and lost as an identifiable collection," Conal Harvey, deputy chairman of the attraction Titanic Belfast, said in a statement at the time.

The possible auction is the latest turn in a long-running debate over the artifacts.

According to National Geographic, which supported the museums' campaign, Ballard did not secure salvage rights when he discovered the wreck because he did not bring any objects to the surface — allowing RMS Titanic Inc., a subsidiary of Premier Exhibitions, to claim ownership of the items.