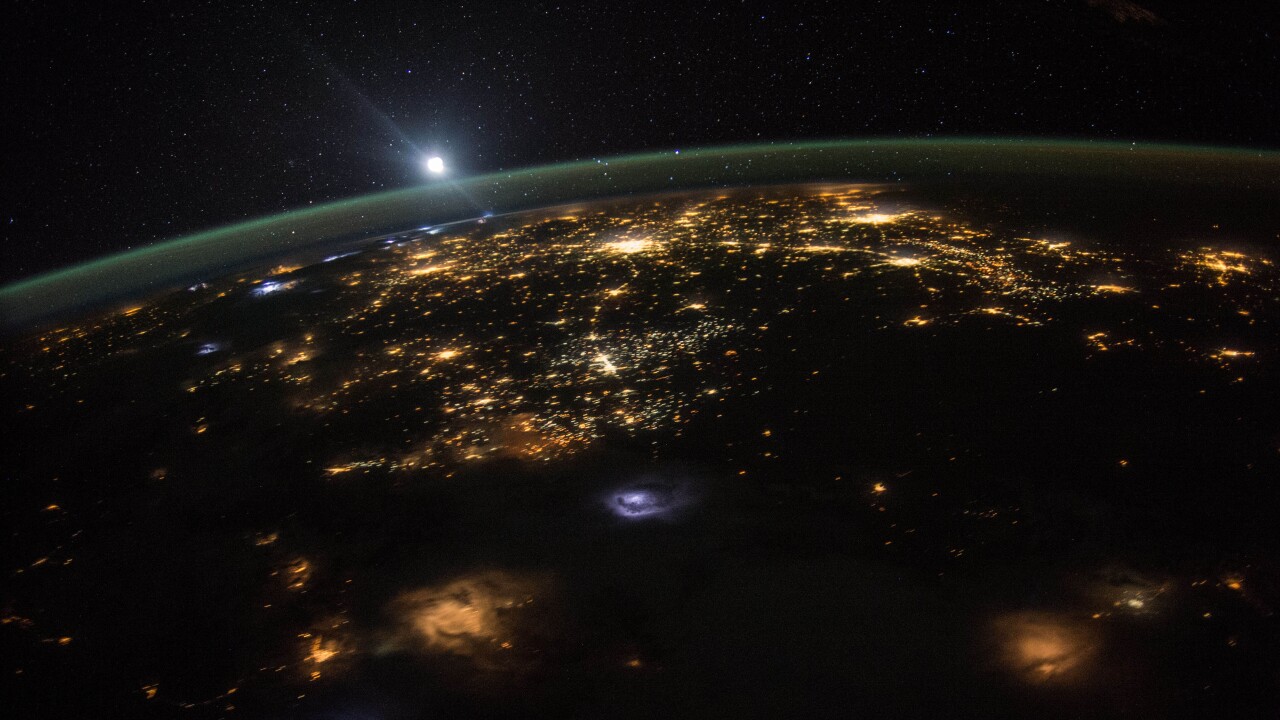 Scott Kelly/AP
This Aug. 10, 2015 photo made available by NASA shows a sunrise from the vantage point of the International Space Station, about 220 miles above the surface of the Earth. Traveling at a speed of approximately 17,500 mph, the station completes each orbit around the planet in about 92 minutes, with 16 sunrises and sunsets each 24-hour period. (Scott Kelly/NASA via AP)

Scientists are tracking an object heading toward earth that could enter the planet’s orbit, and they are not entirely sure what it is.

The object, named Asteroid 2020 SO, is believed to be man made and not a piece of moon or other planetary debris.

"I suspect this newly discovered object 2020 SO to be an old rocket booster because it is following an orbit about the Sun that is extremely similar to Earth's, nearly circular, in the same plane, and only slightly farther away (than) the Sun at its farthest point," Dr. Paul Chodas, the director of NASA’s Center for Near Earth Object Studies, told CNN.

"That's precisely the kind of orbit that a rocket stage separated from a lunar mission would follow, once it passes by the Moon and escapes into orbit about the Sun. It's unlikely that an asteroid could have evolved into an orbit like this, but not impossible,” Dr. Chodas continued.

Other publications believe the object could be from Surveyor 2, which was launched in September 1966.

Scientists are estimating 2020 SO will enter earth’s orbit in November 2020, then pass by earth at a distance of roughly 30,000 miles in December, before heading back out to space in early 2021.

For perspective, commercial planes fly at an altitude of about 7 miles on average.

There is no danger to earth posed by 2020 SO, but its slow speed and relatively close pass-by, means scientists can study it. It’s also a reminder that objects sent into space remain in space.