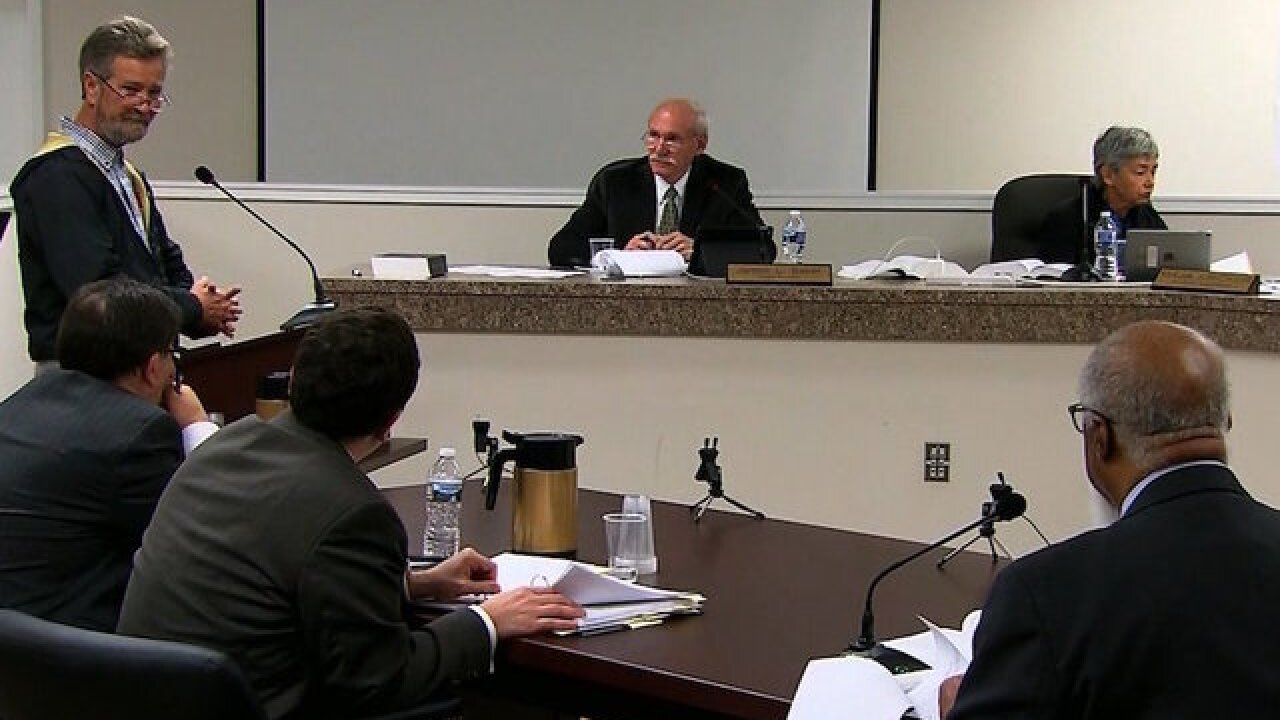 © 2018 Cable News Network, Inc.
CNN
<p>The man at the center of an election fraud investigation in a North Carolina congressional race turned in nearly half of the requests for absentee ballots in a single county, records released Tuesday by the state's elections board show.</p>

The man at the center of an election fraud investigation in a North Carolina congressional race turned in nearly half of the requests for absentee ballots in a single county, records released Tuesday by the state's elections board show.

Leslie McCrae Dowless, a veteran political operative in Bladen County who was convicted of insurance fraud in 1992 and was connected to questionable absentee ballot activity in another election, is at the center of a probe into unusual activity in the county.

Dowless personally turned in 592 of the 1,341 total absentee ballots requested in Bladen County. Only 684 absentee ballots were ultimately cast in the county. Dowless did not return CNN's request for comment. Dowless has denied any wrongdoing to The Charlotte Observer.

The state's Board of Elections and Ethics Enforcement last week refused to certify Harris as the winner as it investigates potential misconduct. If the nine-member board determines the election was tainted enough to cast doubt on its outcome, it can order another election.

The probe appears to focus on Bladen and Robeson counties, which each had unusually high rates of absentee ballot requests and unreturned absentee ballots.

In Bladen County, officials kept records of who turned in absentee ballot requests in person. Those records were made public by the state elections board late Tuesday afternoon.

The board also released envelopes of 184 absentee ballots in Bladen County they received back as return to sender mail because it was undeliverable. These ballots were requested in some form but the addresses designated were undeliverable.

Both Bladen County and Dowless have been at the center of controversy over absentee ballots before. In 2014, Dowless worked for Jim McVicker, who was narrowly elected sheriff amid allegations of absentee ballot misconduct. McVicker did not respond to a request for comment Tuesday and his office said he was unavailable.

In 2016, Dowless -- this time as a winning candidate in a race for the Bladen Soil and Water Conservation District -- claimed absentee ballot irregularities. The state board of elections dismissed his complaint.

In 2016, Todd Johnson, a Republican who had hired Dowless as he opposed Rep. Robert Pittenger in a primary, won 221 of the 226 absentee ballots cast in the district -- even as Johnson finished third in the primary. Johnson did not respond to requests for comment Monday and Tuesday.

Wake County District Attorney Lorrin Freeman said her office and the State Bureau of Investigation have launched criminal investigations into what appear to be voting irregularities in Bladen County in 2016.

Freeman told CNN she opened the investigation this February based on information forwarded by the state elections board. The same information was sent to Bladen County District Attorney Jon David, she said, but he requested that Freeman take the lead in the probe.

"That investigation is ongoing and encompasses now those 2016 and 2018 election cycles and focuses on what appear to be absentee ballot irregularities," Freeman said.

She said the probe, which includes reviewing documents and interviewing witnesses, currently focuses on Bladen County but may expand beyond it. She also said she is in communication with federal authorities, but did not offer more details.

Dowless is also at the center of allegations that absentee ballots were tampered with. A set of 161 ballots obtained by CNN showed that nine people individually signed as "witnesses" on at least 10 absentee ballots. Many of those nine are loosely connected to Dowless, a review of social media accounts and public records showed.

One of those people, Ginger Eason, told CNN affiliate WSOC that Dowless paid her between $75 and $100 per week to pick up finished absentee ballots. She said she handed them to Dowless and isn't sure what happened after that.

Lacy Allison, a voter in Bladenboro, told CNN on Tuesday that Lisa Britt, a Dowless associate, had filled out an application for an absentee ballot for him. Allison said Britt had told him she'd bring it back for him to sign -- but he never saw her again.

He shared Britt's phone number with CNN, but when reached, Britt said she had no comment.

Emma Shipman, a Bladen County resident who filed an affidavit with the state elections board, said Tuesday that she'd had no interest in voting and wasn't sure why an absentee ballot had arrived -- but that she gave it to a woman who came to her door offering to help fill it out and turn it in.

Shipman said she doesn't know who she voted for.

"I don't know what happened," she said.

In a sworn affidavit submitted to the elections board by North Carolina Democrats, one man says he spoke to Dowless in April and that Dowless told him he was working on absentee ballots for Harris and McVicker this year and had more than 80 people working for him.

Harris' campaign acknowledged it had received a subpoena for documents from the state elections board.

"I want to emphasize -- again -- that the campaign was not aware of any illegal conduct in connection with the 9th District race; however, the campaign intends to cooperate with all lawful investigations of the conduct of the election and, like everyone else, is awaiting the outcome of the investigation by the State Board," said John Branch, an attorney for the Harris campaign, in a statement.