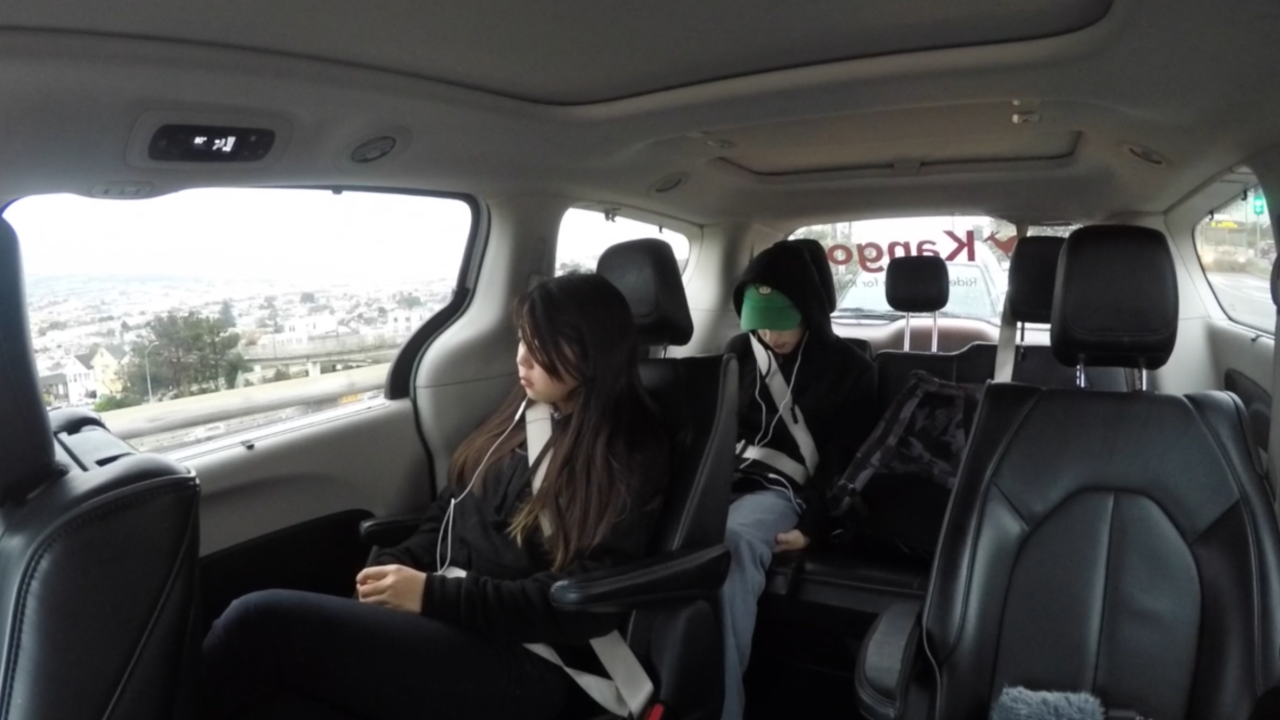 Most families can relate to this: the struggle of carting your kids to school, sports and extracurricular activities.

But now, there’s a ride share for kids that more parents are turning to for help.

Bruce Marx is one of the parents trying out Kango, a rideshare service often referred to as the “Uber for kids.”

“With traffic this time of day, to get down to his school and back with traffic in San Francisco, it would be prolyl be minimum 1.5 hours, and we just don't have time,” Marx says.

The vetting process for drivers is more thorough than other rideshare apps.

Drivers, like Elsa Calacal, give their fingerprints and have to pass a series of background checks. In a way, they also act as caretakers.

“Your child can get the same driver and they get to know each other, so it’s not like a regular rideshare company, where you get a different rider all the time,” Calacal says. “You build relationships with these kids.”

Parents have a little more control on the drivers they want to pick up their kids.

Sara Schaer, a co-founder and CEO of Kango, says the idea actually started as an app to coordinate carpooling among groups of parents. But she heard a common complaint among parents.

“They would say, ‘I actually have so much of a need that I can’t reciprocate. I can’t actually carpool. I need my kid to be driven all the time,’” Schaer says of the feedback.

Kango is now one of a few apps that offer the service. It costs a bit more than a regular Uber, but Schaer says the company is providing something regular rideshares cannot.