Pill developed at MIT can orally deliver drugs, like insulin, that would usually have to be injected 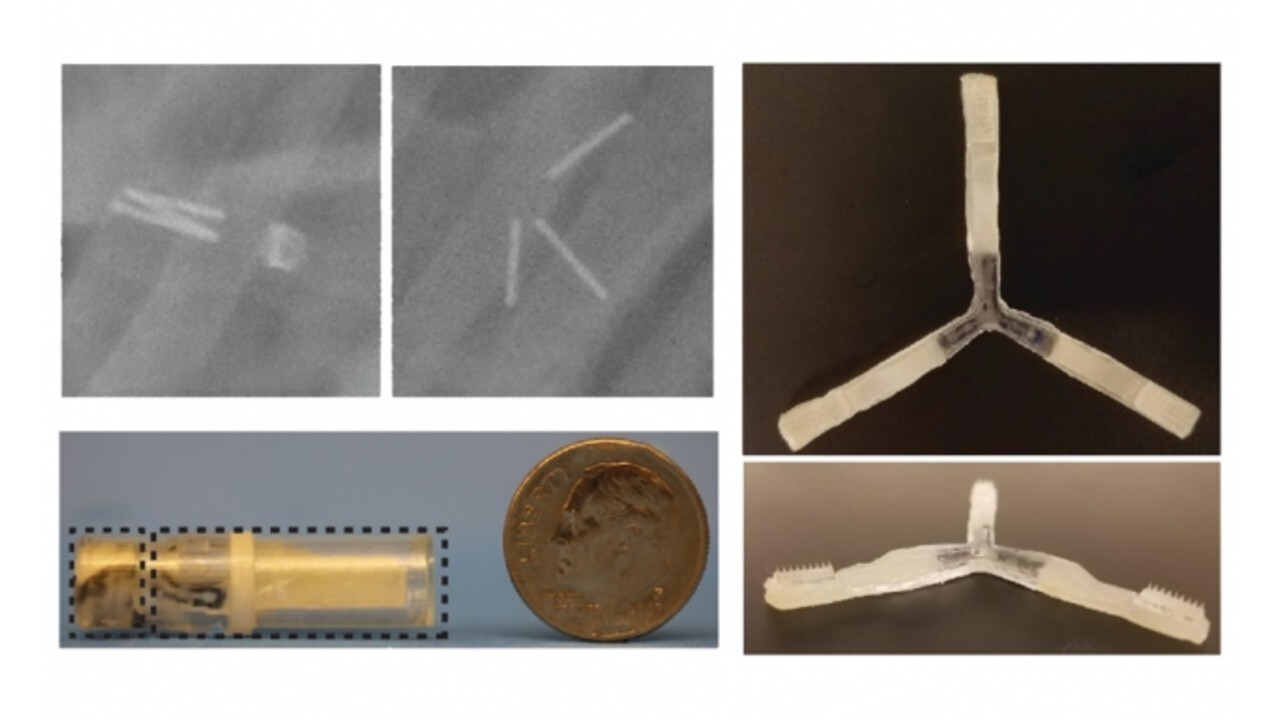 CAMBRIDGE, Mass. – Engineers at the Massachusetts Institute of Technology (MIT) say they have developed a new pill that can orally deliver insulin and other drugs that usually have to be injected.

Many drugs can’t currently be taken orally because they are broken down in the gastrointestinal tract before they can take effect. One example is insulin, which diabetes patients have to inject daily or more frequently. The revolutionary capsule developed at MIT , with the help of Novo Nordisk scientists, is designed to be an alternative to those injections.

The capsule is coated with a polymer that can survive the acidic environment of the stomach. When the pill reaches the small intestine, researchers say the higher pH triggers it to break open, and three folded arms inside the pill spring open.

MIT says each arm contains patches of 1-millimeter-long microneedles that can carry insulin or other drugs. When the arms unfold open, researchers say the force of their release allows the tiny microneedles to just penetrate the topmost layer of the small intestine tissue. After insertion, the needles dissolve and release the drug into the bloodstream.

“We are really pleased with the latest results of the new oral delivery device our lab members have developed with our collaborators, and we look forward to hopefully seeing it help people with diabetes and others in the future,” said Robert Langer, the David H. Koch Institute Professor at MIT and a member of the Koch Institute for Integrative Cancer Research.

In tests in pigs, MIT says the capsule could load a comparable amount of insulin to that of an injection, enabling fast uptake into the bloodstream after the microneedles were released.

“We performed numerous safety tests on animal and human tissue to ensure that the penetration event allowed for drug delivery without causing a full thickness perforation or any other serious adverse events,” said lead author of the study Alex Abramson.

Patients may be concerned about pain when it comes to the microneedle injections, but researchers say pain receptors are lacking in the small intestine area, “potentially enabling pain-free micro-injections.”

Although the researchers used insulin to demonstrate the new system, they believe it could also be used to deliver other protein drugs such as hormones, enzymes, or antibodies, as well as RNA-based drugs.

“We can deliver insulin, but we see applications for many other therapeutics and possibly vaccines,” said assistant MIT professor Giovanni Traverso. “We’re working very closely with our collaborators to identify the next steps and applications where we can have the greatest impact.”

Researchers say the new capsule represents an important step toward achieving oral delivery of protein drugs, which has been very difficult to do.

“It’s a compelling paper,” said David Putnam, a Cornell University professor who wasn’t involved in the study. “Delivering proteins is the holy grail of drug delivery. People have been trying to do it for decades.”