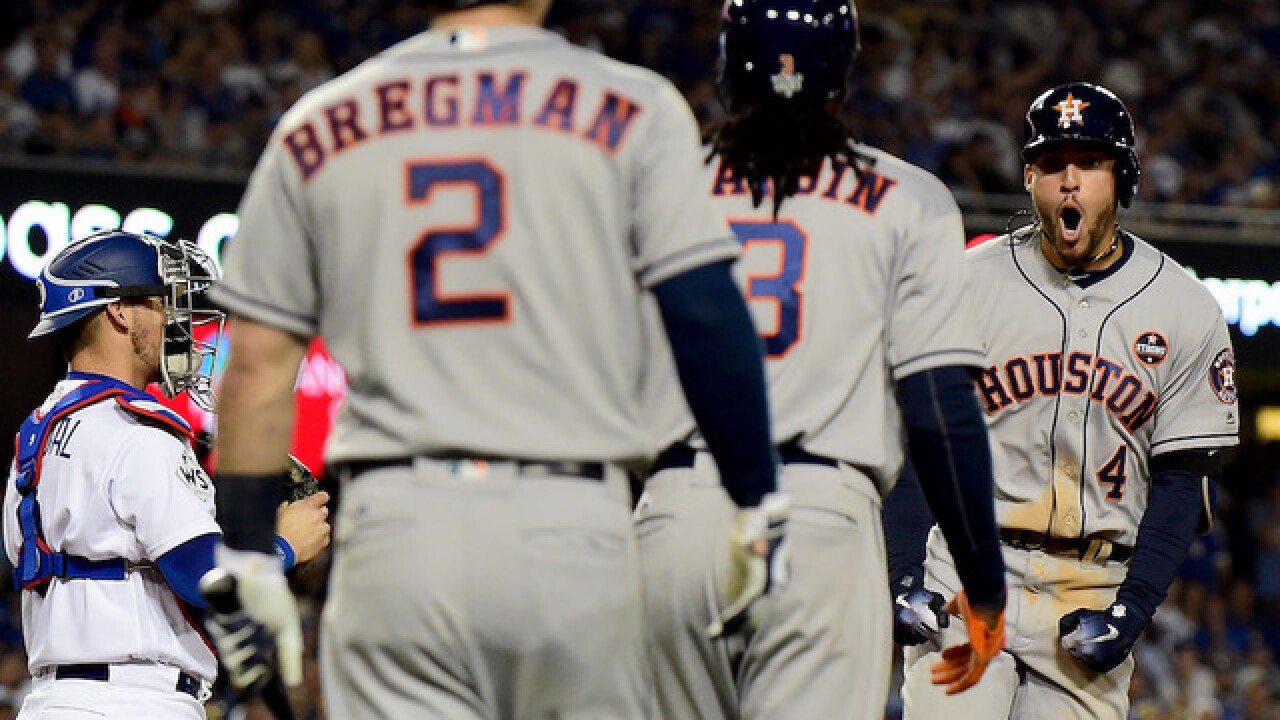 Copyright Getty Images
Harry How
<p>LOS ANGELES, CA - OCTOBER 25: George Springer #4 of the Houston Astros celebrates after hitting a two-run home run during the eleventh inning against the Los Angeles Dodgers in game two of the 2017 World Series at Dodger Stadium on October 25, 2017 in Los Angeles, California. (Photo by Harry How/Getty Images)</p>

The 2017 World Series is one for the ages and it seems as though every game was decided by the smallest of margins – that's why one gambler's undefeated record is amazing.

The mystery gambler was discovered by Pregame.com's R.J. Bell and Bell has been following his earnings from the start.

After Game 5 of the World Series, attention picked up around the large amounts of money the gambler was laying down at sports books.

CONFIRMED RUMOR
Unknown Vegas bettor 5-0 in W Series - letting it all ride each game. Now up $8 MILLION! He bet it all on #Dodgers tonight!!

You may be wondering how the mystery man is getting the money to make these massive bets? Simple, he gambles all of his winnings.

The man has yet to pocket any of his earnings from the World Series. Most people would walk away 6-for-6, especially given the back and forth nature of the series, but this gambler is going for it all.

Let It Ride bettor wins again. 6 for 6 in WS! Expected to have $14 Million in action tomorrow!! I'll let you know who he's betting ASAP ...

Not much is known of the mystery gambler but Bell did tweet out a vague description.

What we know about $8 Million bettor
* Younger than 30
* Eastern European
* Spreading bets across town (tried to bet 2.8M at one Strip book)

It's still unknown who the gambler is taking to win Game 7 but another successful bet will put him in rare air.