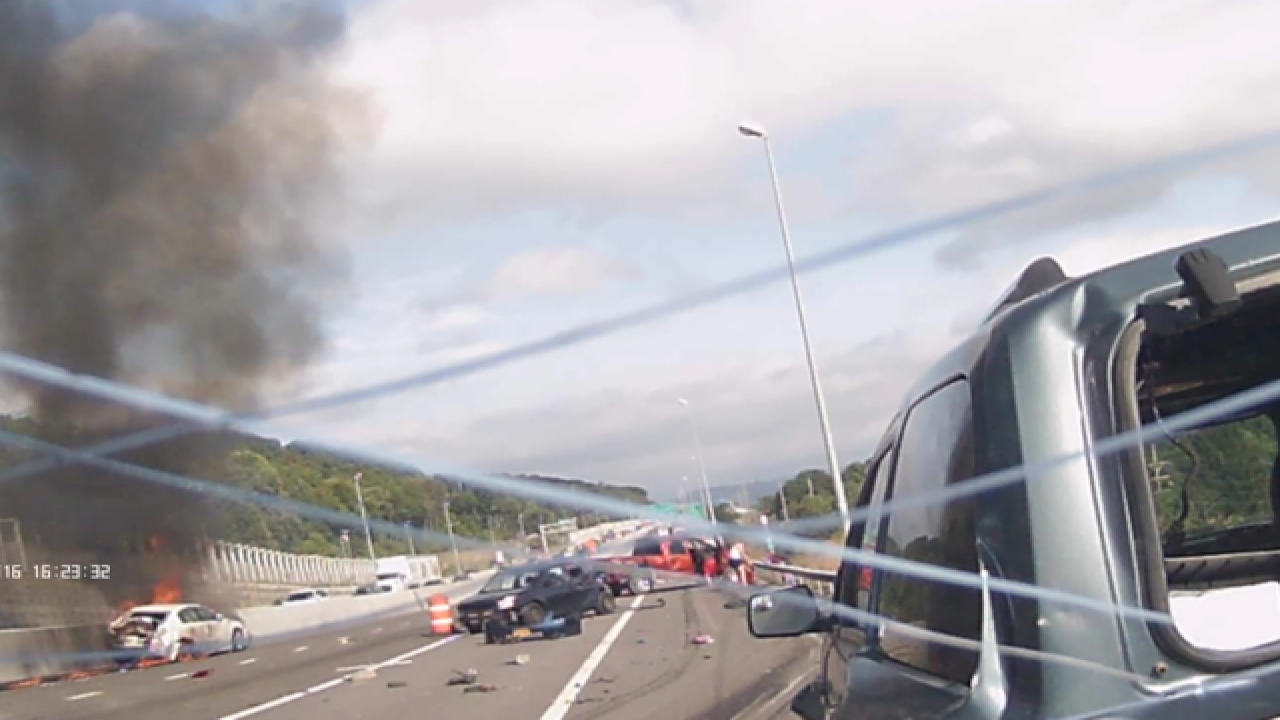 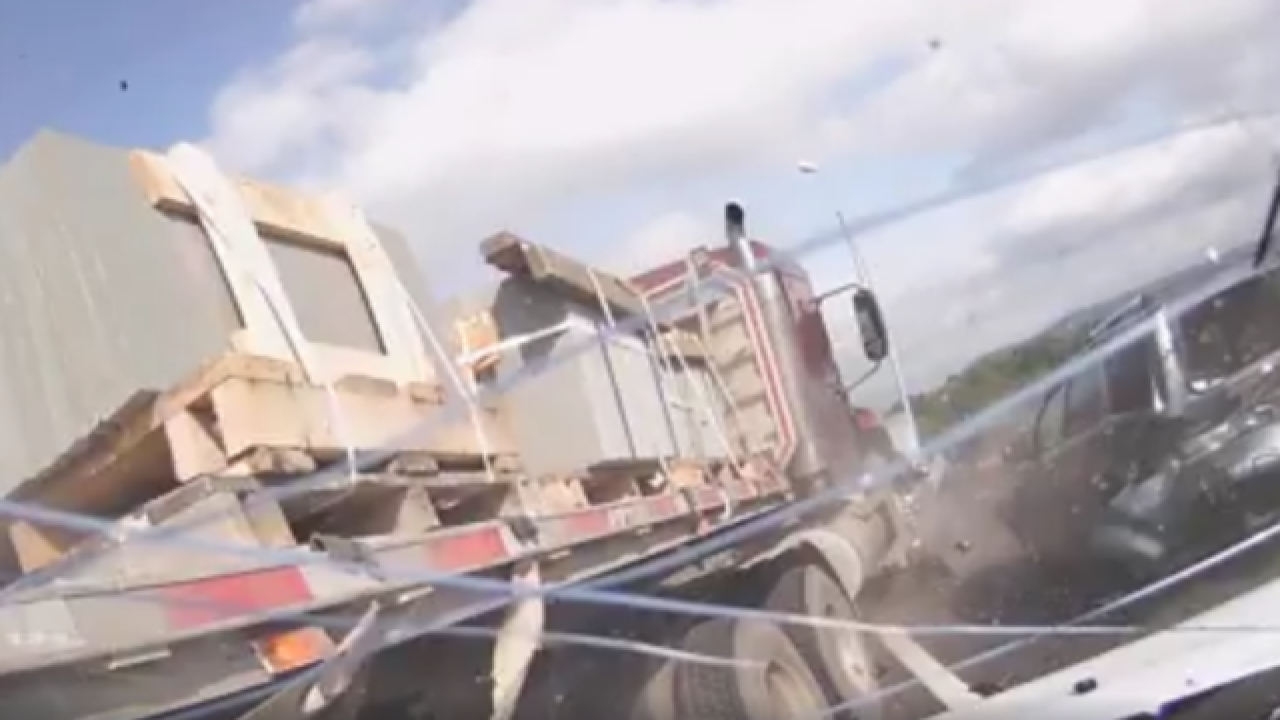 Police continue to investigate a terrible crash on Route 17 in Binghamton, New York and now the city's mayor has released the dramatic dash cam video of the 10-vehicle pileup on his Facebook page.

The footage shows the wreck happen and it also shows good Samaritans and bystanders pulling a victim out of a burning car.

"Dramatic dash camera video of last week's 10-vehicle pileup on Route 17 in the City of Binghamton. It captures the chilling first moments of the crash and the actions of bystanders who pulled a woman from a burning vehicle. In a time of crisis, these brave individuals navigated through flames and broken glass to save a stranger's life. The woman suffered only minor cuts and bruises. Miraculously, the crash resulted in no fatalities. We're still attempting to identify those seen on video so they can be recognized for their efforts. On behalf of our entire community, I commend these unsung heroes as well as our local police, fire and EMS first responders. Binghamton is safer because of you."

Watch the video below: