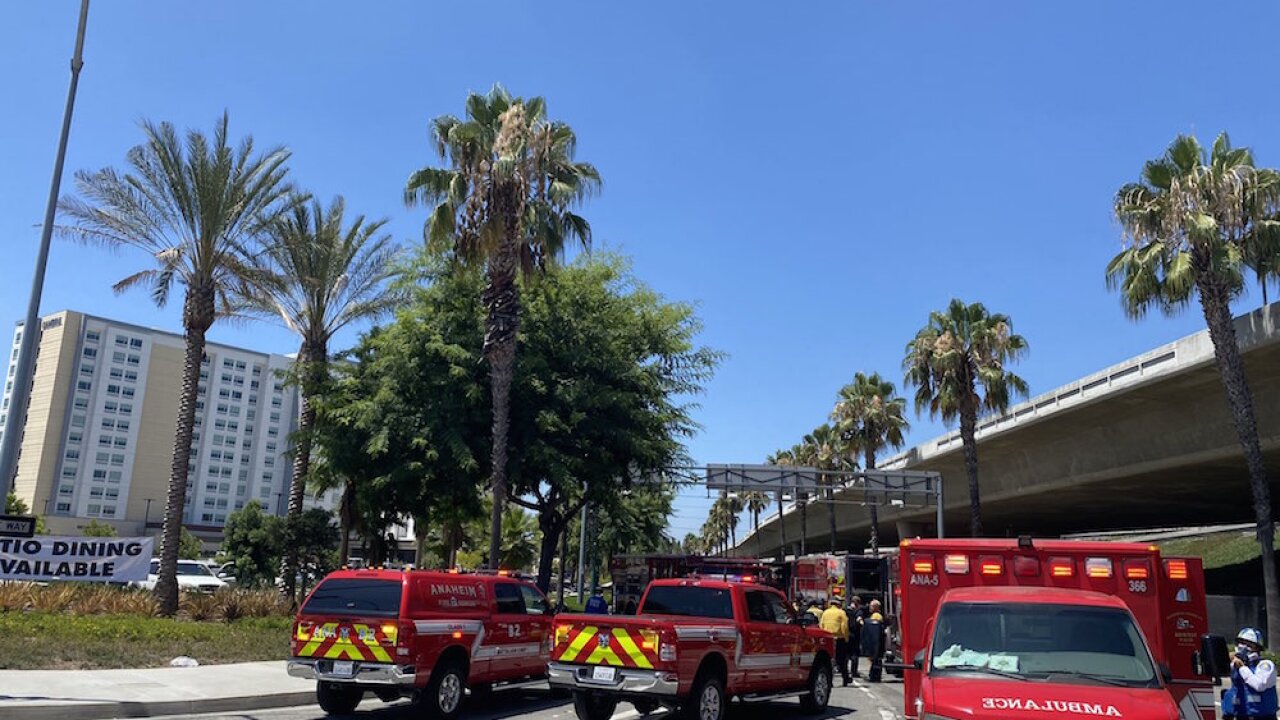 The Anaheim Police Department said two people were arrested after a fight that involved anywhere between 60-100 people erupted at a hotel near Disneyland.

Police said the conflict began in the pool area and it only included guests of the Cambria Hotel & Suites, police said.

The large brawl at the Cambria is now code 4. 2 have been arrested and 2 transported to the hospital with non-life threatening injuries. The investigation is continuing. pic.twitter.com/KRLqlJ6xMS

Police said the two people arrested face charges of fighting in public and obstructing an officer.

They were taken to a nearby hospital with non-life-threatening lacerations, police said.

"The group was almost completely uncooperative with officers in our efforts to further investigate the incident," said Anaheim Police Department spokesman Sgt. Shane Carringer to E.W. Scripps in an email.

NBC News reported that weapons used during the fight were broomsticks and bottles.