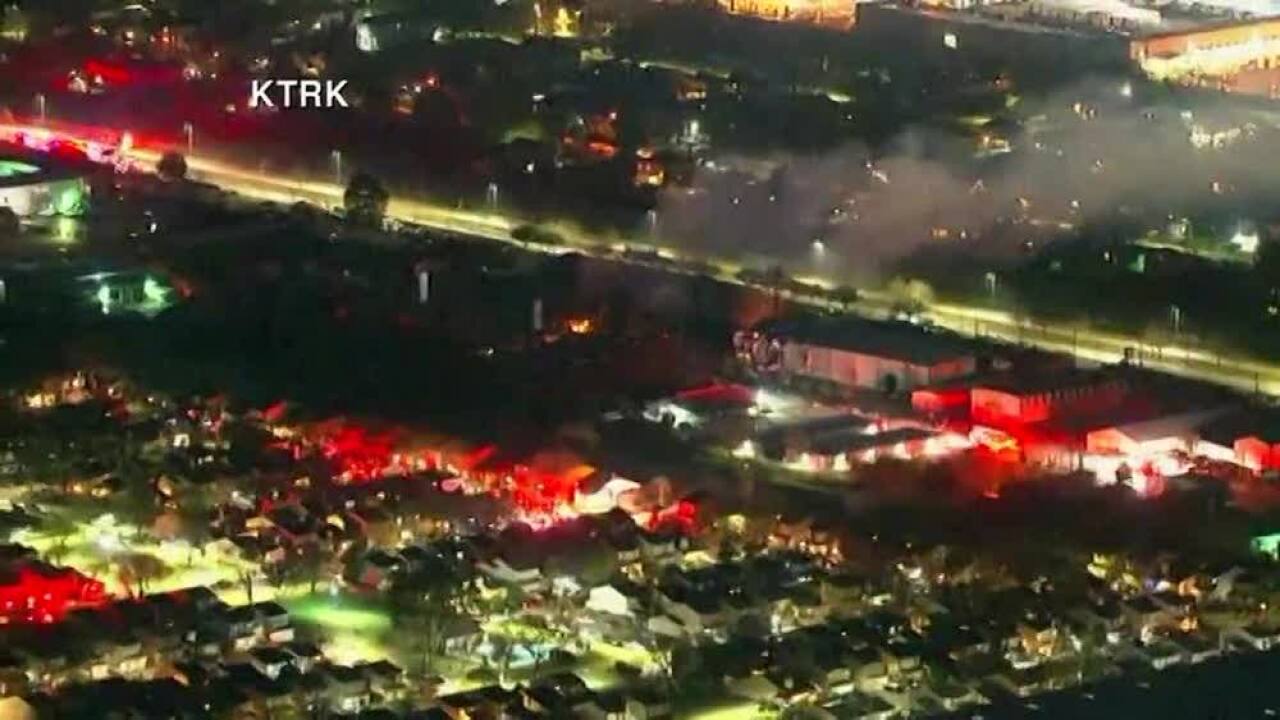 HOUSTON, Texas – Two people have died following a large explosion at a manufacturing plant in Houston.

According to KTRK , the origin of the explosion was a building used by a company called Watson Grinding and Manufacturing. The owner of the facility told the news station that the explosion originated from a propane tank.

The blast damaged nearby buildings and homes, left rubble scattered in the area and was felt miles away. Fire officials said that it has inspected nearly 100 homes, and found "a lot of damage," including some houses that were forced off their foundations.

Houston firefighters and their hazmat team responded to the incident and put out the resulting fire. Officials say they have not seen any negative readings from air quality tests.

The city's Bureau of Alcohol, Tobacco, Firearms and Explosives (ATF) has been called to the scene to assist in the investigation. While there is no evidence yet that the explosion was intentional, an investigation has been opened.

Residents have been advised to avoid the area as law enforcement works the scene.

This story is developing and will be updated as more information becomes available.

HFD Hazmat responding to the area near 4500 block of Gessner. Firefighters responding to reports of an explosion. One person has been transported to the hospital from that area. @FireChiefofHFD