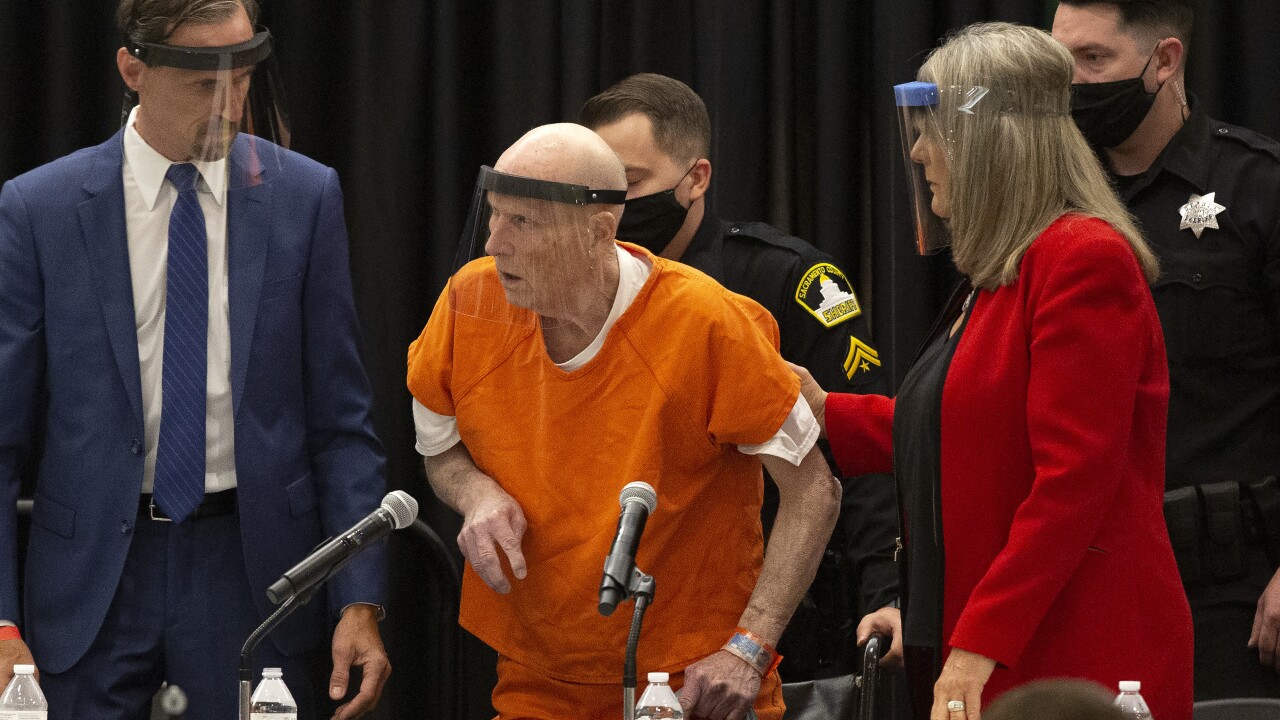 Copyright 2020 The Associated Press. All rights reserved
Rich Pedroncelli/AP
Joseph James DeAngelo, center, charged with being the Golden State Killer, is helped up by his attorney, Diane Howard, as Sacramento Superior Court Judge Michael Bowman enters the courtroom in Sacramento, Calif., Monday June 29, 2020. DeAngelo pleaded guilty to multiple counts of murder and other charges 40 years after a sadistic series of assaults and slayings in California. Due to the large numbers of people attending, the hearing was held at a ballroom at California State University, Sacramento to allow for social distancing. (AP Photo/Rich Pedroncelli) 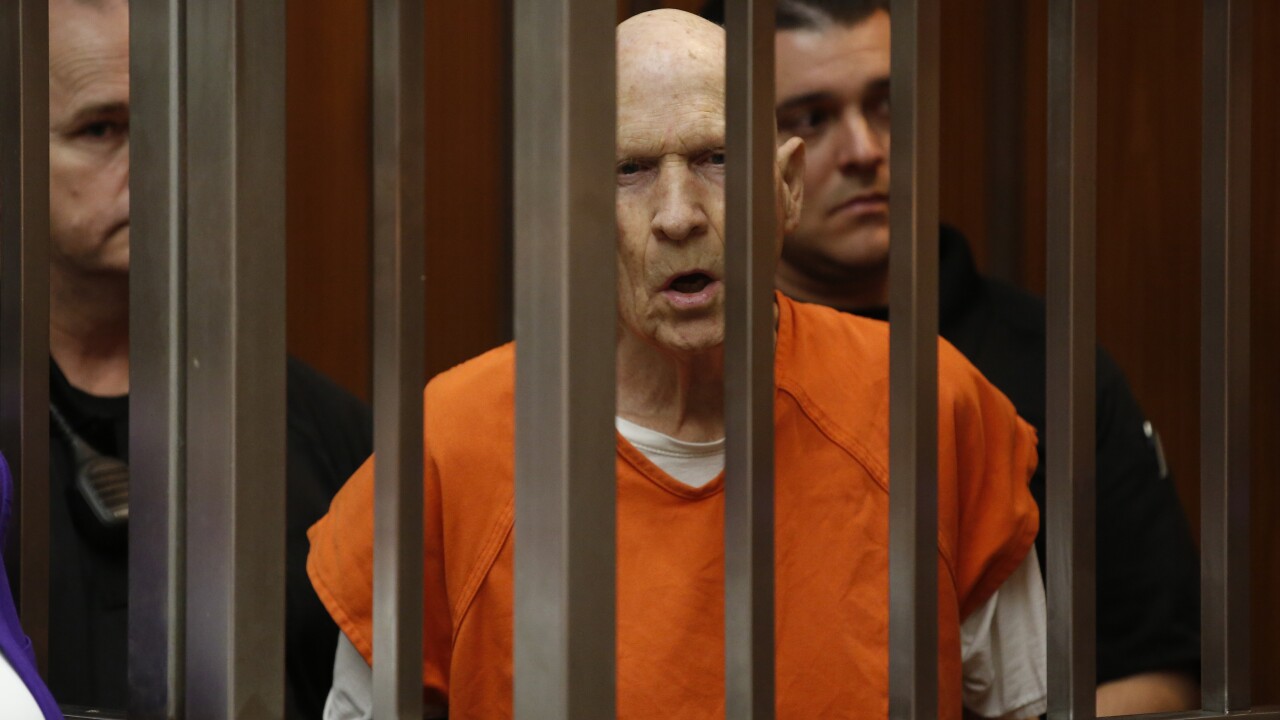 A man pleaded guilty to more than a dozen charges, and dozens more criminal incidents linked to a string of heinous crimes across several counties in the 1970s and 80s in California. Joseph DeAngelo is accused of being the Golden State Killer, a serial killer documented in the recent book, 'I'll Be Gone in the Dark'.

DeAngelo, 74 years old, pleaded guilty to 13 1st degree murder charges and dozens of alleged criminal incidents, including rape and burglary, starting with the death of Claude Snelling in 1975. During Monday’s hearing, representatives from several counties outlined details of the crimes that happened in their regions.

These details included victim descriptions and evidence from the investigations; how a father chased DeAngelo from his home as the suspect kidnapped his daughter, how the Smith’s family found their bodies and home in disarray, various injuries from tying victims with twine or plastic, and, in what became a pattern, placing dishes on the body of tied up victims on the ground, reportedly to make the victim stay still while another victim in the home is attacked or DeAngelo stepped away from the victim.

Each district attorney also detailed the evidence and circumstances when bodily fluids were left at the scene of the crime that were compared to DeAngelo’s DNA profile.

Now DA Spitzer describing 1981 Irvine rape and murder of Manuela Witthunh, who was bludgeoned to death. Two relatives stand and stare at DeAngelo who remains sitting passively. Spitzer appears to choke w emotion as he describes the murder.

The crimes linked to DeAngelo happened between 1975 and 1986, in counties ranging from Los Angeles to the Bay Area to Sacramento to Central California. The crimes include brutal and violent sexual attacks and murders, and earned the criminal the monikers ‘Visalia Ransacker’, the ‘Original Night Stalker’, and ‘East Area Rapist.’

As part of the plea deal, he will not face the death penalty and is expected to be sentenced to life in prison without the possibility of parole later this summer. DeAngelo will also pay a yet-to-be-determined amount in restitution to victims and their families.

“I did all those things, I destroyed all those lives,” prosecutor says DeAngelo said to himself after his arrest.

DeAngelo was arrested in April 2018 after a DNA profile created from the evidence was processed through a genealogy site and produced a familial match. Further investigation in Sacramento pointed investigators to DeAngelo.

DeAngelo appeared in person in Sacramento Monday morning wearing a plastic face mask, in a ballroom at Sacramento State University rather than a courtroom.

Previous hearings in DeAngelo’s case have been packed with victims, victims’ families, media and other interested parties. The large room on Monday was meant to provide access to more people as well as allow for social distancing. Everyone in attendance had to wear a mask and have their temperature taken.

DeAngelo is expected to be sentenced later this summer to several consecutive life sentences without the possibility of parole. Victims and victims’ families will be able to make impact statements at this time.