Lawsuit against Trump and his DC hotel is dismissed 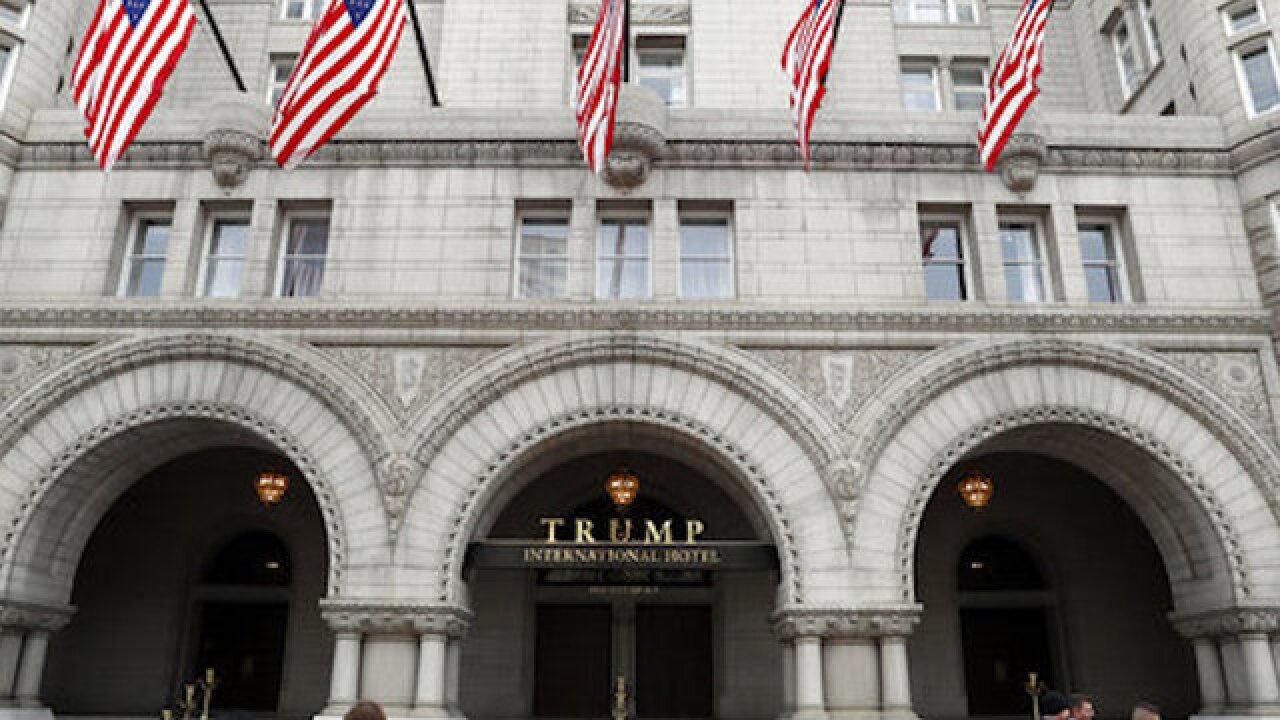 A federal judge on Monday dismissed a lawsuit that claimed President Donald Trump illegally benefits from his Washington hotel and that same hotel hurts restaurants that are also near the White House.

The lawsuit was brought forward in 2017 by Cork Wine Bar, a restaurant in Washington that said it suffered because lobbyists and other political-minded customers chose to host fundraisers, events and dinners at the Trump International Hotel rather than at its business.

But Judge Richard Leon of the DC District Court wrote in his opinion Monday that Cork couldn't claim a competitive disadvantage simply because of a public figure's fame.

"Cork does not, for example, accuse (the hotel) or President Trump of acting to dissuade potential customers from patronizing Cork or somehow obstructing entry to Cork's location," Leon wrote.

If he had ruled in the restaurant's favor, Leon wrote, "I would be foreclosing all manner of prominent people—from pop singers to celebrity chefs to professional athletes—from taking equity in the companies they promote. ... This I cannot do!"

While the Trump International Hotel is currently run by a trust administered by the President's family members, it remains at the center of two other major lawsuits that allege Trump has accepted illegal payments through the business.

Earlier this month, a federal judge denied Trump's appeal to pause discovery in a lawsuit brought by the governments of Washington, DC, and Maryland that alleges he violated the constitutional clause that prohibits gifts and advantages from foreign and domestic governments.

The lawsuit raises the possibility that transactions between the Trump International Hotel and foreign dignitaries could be made public.