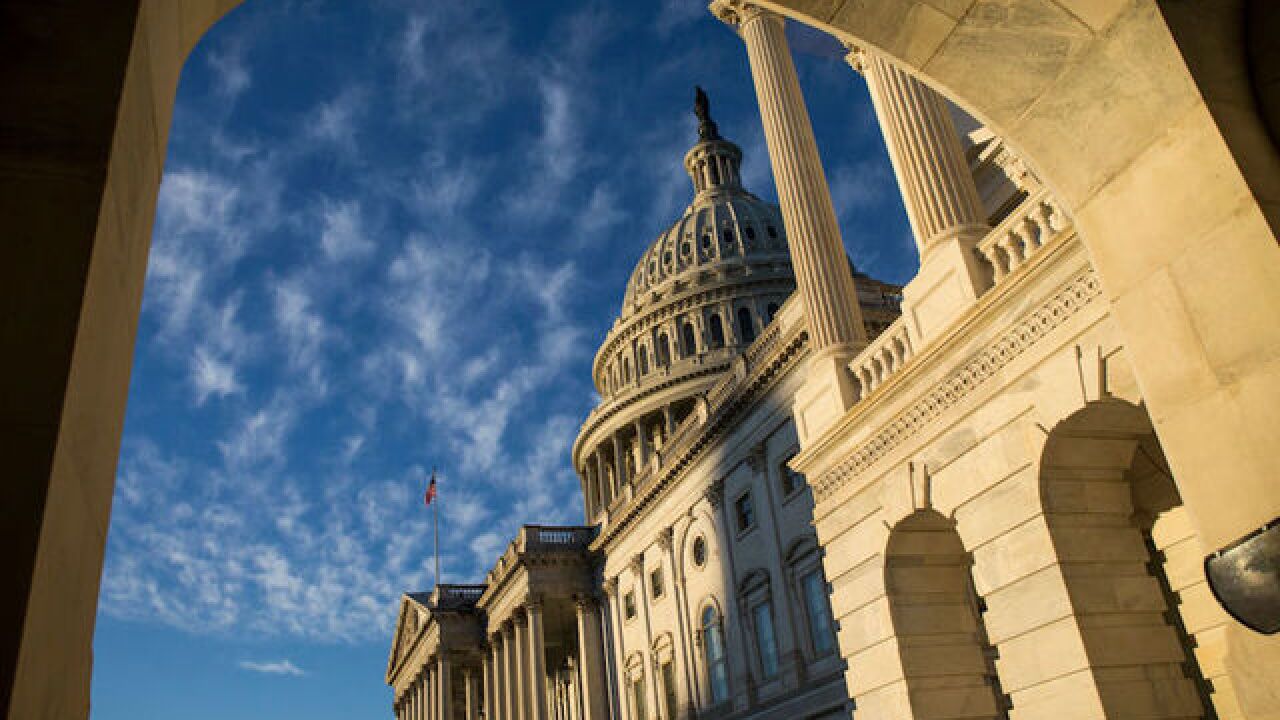 The threat of a partial government shutdown looms over Washington with just five days to go before funding expires for several government agencies and no agreement yet between Democrats and Republicans over how to resolve a standoff over President Donald Trump's border wall demand.

It now looks, however, that Congress will act to extend the rapidly-approaching December 7 deadline.

A source briefed on the talks told CNN over the weekend that lawmakers are considering taking up a one-week spending bill to avoid a partial government shutdown by Friday, a move designed to put off a major showdown until after former President George H.W. Bush's funeral proceedings (Congress will be out of session for part of the week because of it).

A stop-gap funding measure could temporarily delay a spending showdown. But Democrats and Republicans appeared to be at an impasse over the President's promise of a border wall, raising the question: which side will blink first?

Trump wants $5 billion in funding for the wall and Senate Republicans are now weighing the possibility of attempting to allocate $5 billion over the next two years. Any spending bill would need at least some Democratic votes to pass, however, and could not be enacted without some degree of bipartisan support.

Senate Democratic Leader Chuck Schumer said last week that Trump should either agree to enact an existing Department of Homeland Security funding bill that has bipartisan support in the Senate and would allocate $1.6 billion for border security or keep DHS funded for another year via a short-term spending measure known as a continuing resolution.

Lawmakers passed a government spending package to fund much of the government prior to the 2018 midterm elections -- so if there is any kind of a shutdown, it would not affect all of the federal government. Funding will run out on December 7 for some government agencies, including the Department of Homeland Security.

Trump has so far signaled an openness to a short-term extension. The President told reporters aboard Air Force One that he is willing to extend the deadline for funding the federal government to avoid a government shutdown.

"If (congressional leaders) come to talk about an extension because of President Bush's passing, I would absolutely consider it and probably give it," Trump said.

But a one-week continuing resolution would do little to address the current standoff between Democrats and Republicans over wall funding.

The impact of a partial shutdown would nevertheless be disruptive and would invite an immediate political backlash.

Democrats and Republicans alike have both said that they don't want a shutdown as the funding deadline nears.

"We don't believe in shutdowns," House Democratic leader Nancy Pelosi told reporters on Friday, saying "we have to" when asked if Congress would avert a shutdown.

The President has warned that it is "possible" there could be a shutdown if Congress does not greenlight the money he wants to see allocated for the wall, which he promised on the campaign trail would be paid for by Mexico.

For now, both sides are gearing up for the possibility that a partial shutdown could take place -- and are getting ready to pin the blame on the opposing party if it happens.

"Make no mistake: The President is the only person who holds the ultimate responsibility for a government shutdown," Schumer said in a Senate floor speech on Thursday.

Republicans still control both chambers of Congress and the White House. That won't change until Democrats take control of the House of Representatives in the new Congress in January. But that won't stop Republicans from trying to cast blame on Democrats if a partial shutdown happens.

"I don't think the Democrats want to shut down the government over the border security issue. But they might. We'll see," Sen. John Cornyn, the No. 2 Senate Republican, told reporters last week.