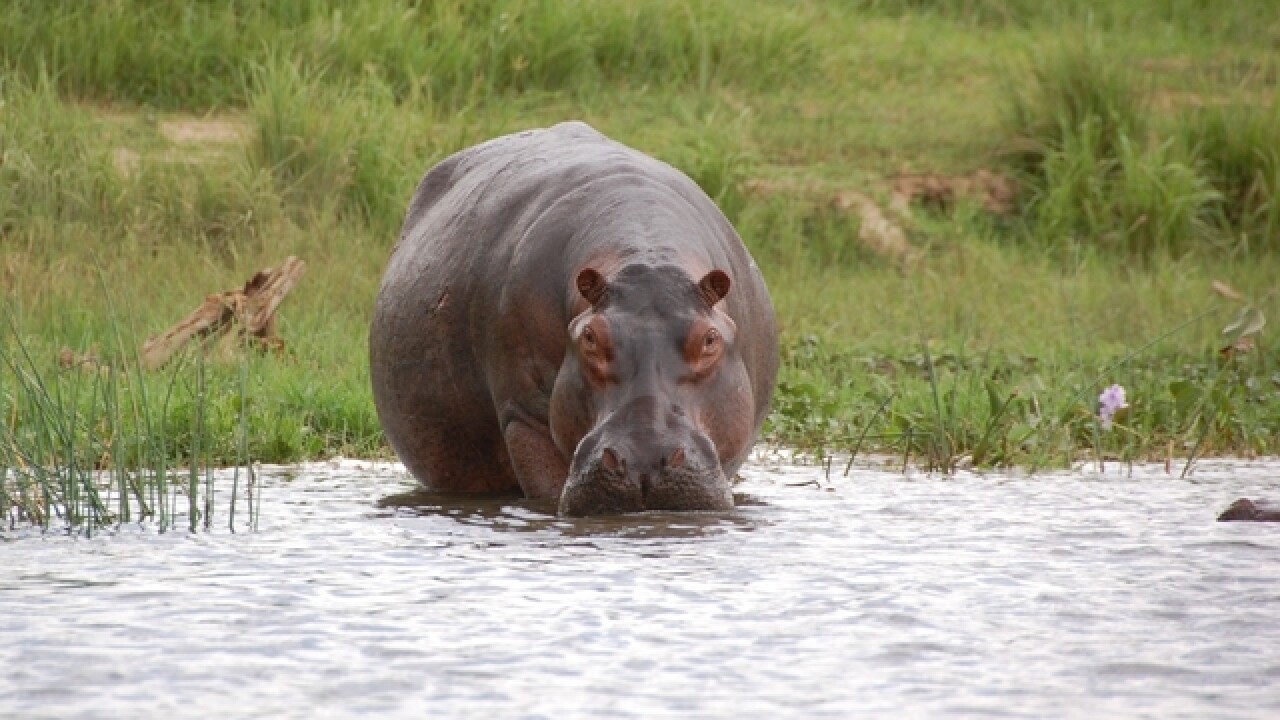 He might have done it for Instragram or YouTube fame, but now a man who crossed a barricade guarding a hippopotamus enclosure at the Los Angeles Zoo is looking at potential trespassing charges after he was filmed spanking one of the animals.

Video shows the man climbing the fence outside the hippo enclosure at the LA Zoo and sneaking up on two hippos, named Rosie and Mara. The man’s approach is very cautious, and then when finally close enough, he slaps one of the hippos on the rear before rushing back over the fence and taking a moment to celebrate his feat.

The LAPD confirms they received a report of trespassing at the zoo and are investigating.

In the video, Rosie, the hippo that was slapped, does not show much of a reaction, but her mother appears startled and looks up as the guy is still in the enclosure. It’s not clear if the man knows he’s being recorded, but clearly he’s showing off. The video started making the rounds on social media last week.

While hippos at the zoo do have human interaction, this kind of treatment can create an unpredictable situation.

The zoo released a statement Monday reading, in part:

“The Zoo would like to remind everyone that it is never acceptable for a guest to enter the habitat of any animal at the Zoo, excluding our staff-supervised animal encounters. It is a privilege to observe these rare and endangered species, but they are still wild animals and their space must be respected at all times. Our first priority is always to keep our guests, staff, and animals safe.”

Zoo officials have since put “No Trespassing” signs up around the zoo while police continue to look into the matter.

According to California law, it is prohibited to enter zoo enclosures, and doing so may lead to a misdemeanor charge or infraction, L.A. Zoo spokeswoman April Spurlock told the Los Angeles Times.

Zoo visitors are allowed to pet the hippos from behind a barricade for $20 as part of its Hippo Encounter promotion. When the zoo unveiled the plan in 2016, People for the Ethical Treatment of Animals decried the practice. saying it violated the Animal Welfare Act, the only federal law setting standards for how animals are treated “in research, exhibition, transport, and by dealers.”

PETA called for an investigation into the exhibit, pointing out that hippos kill more people than any other mammal on the continent of Africa.

Rosie and Mara were actually featured in the zoo’s video promoting the Hippo Encounter in 2016.

Rosie arrived to much fanfare on Halloween 2014, the first hippo to have been born at the zoo in 26 years.