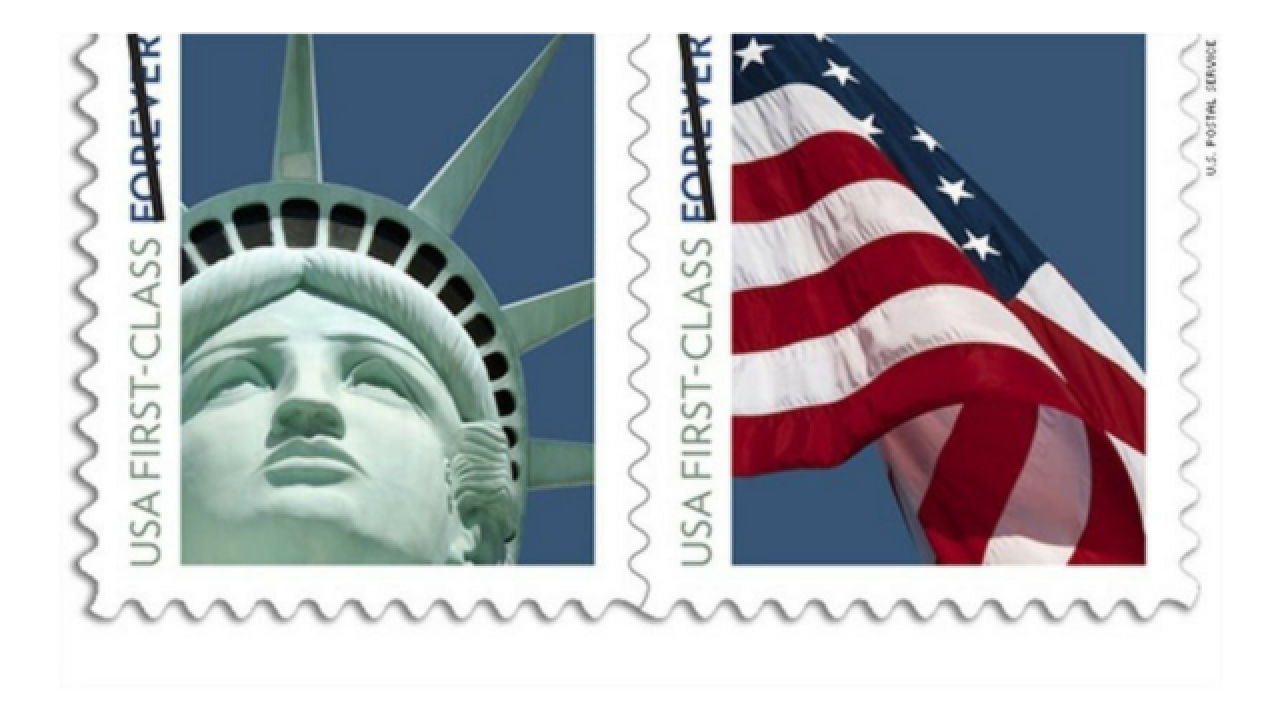 When the US Postal Service rolled out its Forever stamps in 2010 featuring a close-up of the Statue of Liberty, it wasn't actually of the iconic symbol of freedom.

Instead, it was the face of the more diminutive replica that stands on the Las Vegas Strip and occasionally gets dolled up in sports jerseys to celebrate events in Sin City. As if the mix-up wasn't embarrassing enough, it's also going to cost the Postal Service.

On Friday, a federal judge ruled that the Postal Service should pay $3.5 million to Robert Davidson, the sculptor of the Las Vegas replica.

Davidson filed suit in 2013, saying that the Postal Service had infringed on his work, which was original and therefore protected. In his lawsuit, Davidson said his replica "brought a new face to the iconic statue - a face which audiences found appeared more 'fresh-faced,' 'sultry' and even 'sexier' than the original located in New York."

The government argued that it owed Davidson nothing because the statue is a replica and doesn't contain original work, which would make his copyright invalid. But the court disagreed, ruling that Davidson's work is original in "making the statue his own creation, particularly the face."

"A comparison of the two faces unmistakably shows that they are different," Judge Eric Bruggink wrote.

How did the mistake happen?

In 2008, the Postal Service began the process of looking for new images for the Forever stamp. Its then-manager of stamp development had been looking for something "different and unique" in the Statue of Liberty image because it had already been used in at least 20 different stamps, according to his court testimony that's summarized in the court's opinion.

The decision came down to an image of the Las Vegas statue that had appeared on a photo service. The Postal Service purchased a license of that photograph. Several Postal Service officials testified that they wouldn't have selected that image had they known that it wasn't the real Statue of Liberty.

Then, the stamp bearing the face of the Las Vegas statue went on sale in December 2010 , paired with a US flag Forever stamp.

Three months later, USPS learned about the mix-up. But by then, the face of the Las Vegas replica was on nearly 3 billion stamps that had already been printed. The Postal Service attempted to make the best of it in its public statements.

"We really like the image and are thrilled that people have noticed in a sense," a USPS spokesman told CNN in 2011. "It's something that people really like. If you ask people in Vegas, they're saying, 'Hey, That's great. That's wonderful.' It's certainly injected some excitement into our stamp program."

Eventually, the Lady Liberty stamp was retired in 2014 after about 4.9 billion had been sold, which amounts to about $2.1 billion in sales.

The lawsuit hinged on whether Davidson's statue, which stands in front of the New York-New York Hotel and Casino, could be considered an original work.

The sculptor said that his Lady Liberty was not a direct duplicate, and that her face was "more modern" and "definitely more feminine." Davidson also drew attention to differences in the eyes, eyelids and upper lip. He said he was influenced by a picture of his mother-in-law, which he used to form his final version of the statue, which was completed in 1996.

The question facing the the US Court of Federal Claims was whether the replica was "sufficiently original to be afforded copyright protection, whether the government's use was infringing."

Ultimately, the court sided with Davidson.

"The portion used was entirely of what we consider to have been the original work contributed by Mr. Davidson," Bruggink wrote. "The government's only real defense is that its use did not particularly harm plaintiff's business as an industrial sculptor. That may be true, but we also note that it certainly did not benefit him. The Postal Service offered neither public attribution nor apology."

Todd Bice, Davidson's attorney, said in response to the ruling: "As the court noted, Mr. Davidson's artistic creation of the Las Vegas Lady Liberty is highly unique and attractive which is what prompted the US Postal Service to select a photo of his work for the second ever Forever Stamp, over hundreds of other images."

"For too long, the Postal Service has endeavored to ignore the rights of artists like Mr. Davidson, simply taking intellectual property with after-the-fact offers of nominal compensation," he said in an email statement to CNN.

The Postal Service told CNN by email that it is "reviewing the decision and will comment if and when appropriate."