Judge rules 2020 census counting must continue for another month 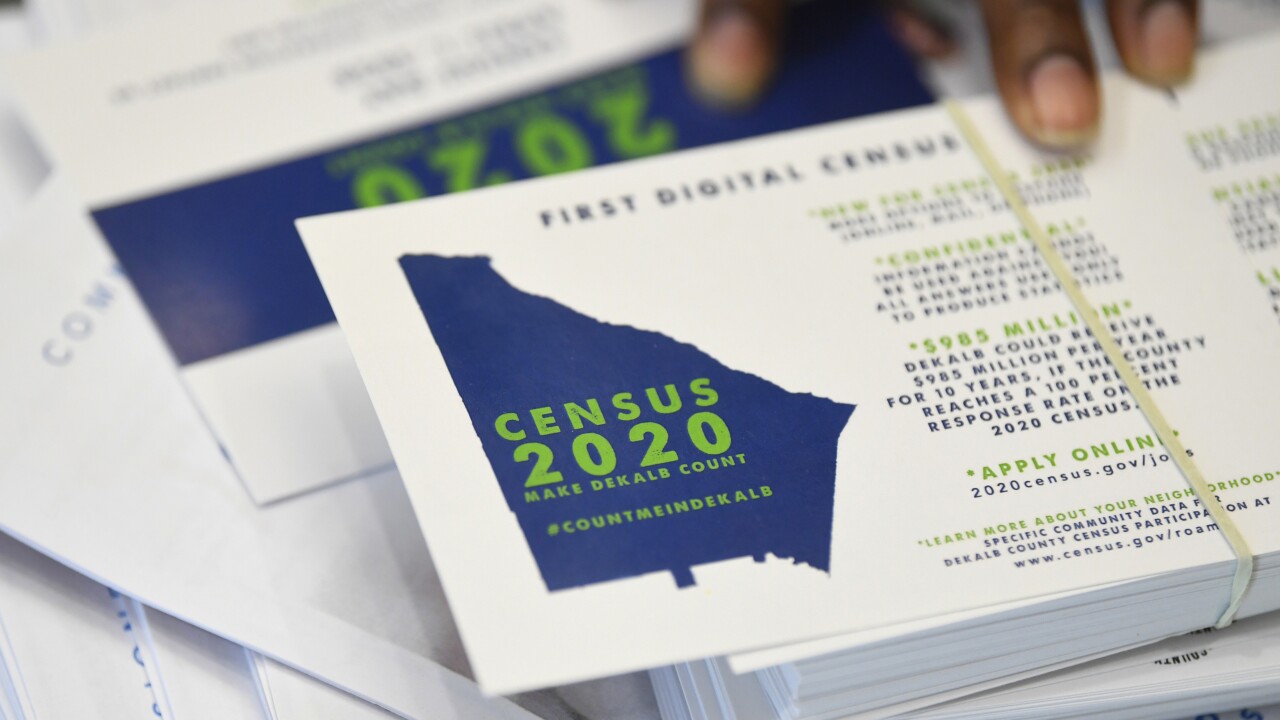 Copyright 2019 The Associated Press. All rights reserved
John Amis/AP
FILE - In this Aug. 13, 2019, file photo a worker gets ready to pass out instructions on how to fill out the 2020 census during a town hall meeting in Lithonia, Ga. Calling preparations for the 2020 Census “conspicuously deficient,” the NAACP is suing the U.S. Census Bureau, demanding that the agency send more workers into the field and spend more money on encouraging people to participate in the once-a-decade head count. The civil rights group and Prince George's County, a majority African American county in Maryland, filed the lawsuit Friday, Jan. 10, 2020, in federal court in Maryland. (AP Photo/John Amis, File)

ORLANDO, Fla. (AP) — A federal judge has stopped the 2020 census from finishing at the end of September and ordered the once-a-decade head count of every U.S. resident extended for another month through the end of October.

A coalition of civil rights groups and local governments had sued the Census Bureau in an effort to prevent the 2020 census from stopping at the end of the month.

They said the shortened schedule would undercount residents in minority and hard-to-count communities.

Koh said inaccuracies produced from a shortened schedule would affect the distribution of federal funding and political representation. The census is used to determine how $1.5 trillion in federal spending is distributed each year and how many congressional seats each state gets.

Government attorneys had argued that the census must finish by the end of September to meet a Dec. 31 deadline for turning over numbers used for deciding how many congressional seats each state gets.

The San Jose, California-based judge had previously issued a temporary restraining order prohibiting the Census Bureau from winding down field operations until she made a ruling in the lawsuit.