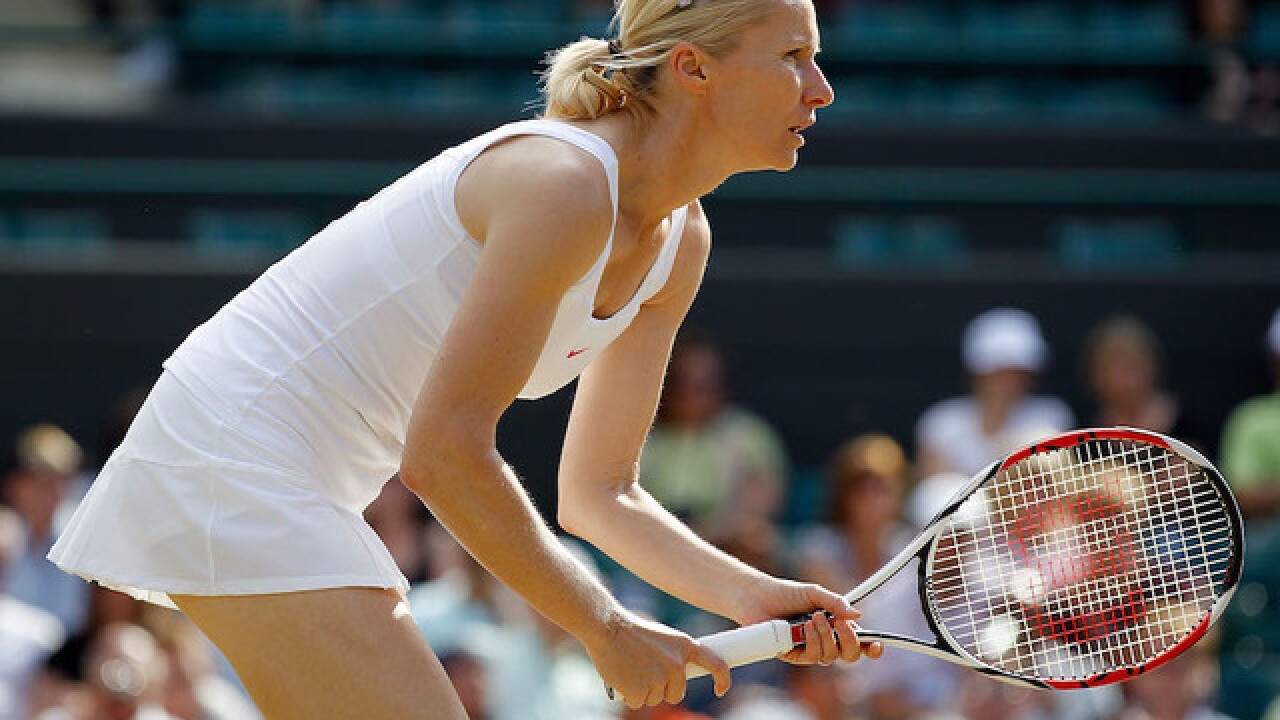 Copyright Getty Images
Matthew Stockman
<p>Jana Novotna of Czech Republic in action during the Ladies Invitational Doubles Final against Tracy Austin and Kathy Rinaldi-Stunkel of USA on Day Thirteen of the Wimbledon Lawn Tennis Championships at the All England Lawn Tennis and Croquet Club on July 4, 2010 in London, England. (Photo by Matthew Stockman/Getty Images)</p>

Former Wimbledon champion Jana Novotna has died at the age of 49 after a long battle with cancer, the Women's Tennis Association (WTA) has announced.

In a statement on its website, the WTA said the former world No. 2 died peacefully "surrounded by her family in her native Czech Republic."

Novotna captured the hearts of fans when she burst into tears after losing to Steffi Graf in the 1993 Wimbledon final and was consoled by the Duchess of Kent. It continues to be one of the most memorable moments in the tournament's history.

She also lost the 1997 Wimbledon final before going on to win the title in 1998, beating Nathalie Tauziat in the final.

During an illustrious career, Novotna won 17 Grand Slam titles, including 12 in doubles and four in mixed doubles -- and was a member of the Czech Republic's victorious 1998 Fed Cup team.

Novotna, renowned for her serve and volley, was inducted into the Tennis Hall of Fame in 2005.

Steve Simon, chief executive of the WTA, said: "Jana was an inspiration both on and off court to anyone who had the opportunity to know her. Her star will always shine brightly in the history of the WTA. Our condolences and our thoughts are with Jana's family."

'I believe you will do it'

During her first Wimbledon final, Novotna, then aged 24, had led 4-1 in the deciding set and seemed on course to cause an upset against the great Graf only to fall to a 7-6 (8-6) 1-6 6-4 defeat after losing five games in a row.

When presented with the runner's-up trophy, Novotna started to cry and the Duchess of Kent comforted her on Centre Court in a touching moment.

Novotna said the Duchess had told her "I believe you will do it" and, indeed, she did, winning Wimbledon, aged 29 and nine months, to become the oldest first-time Grand Slam singles winner in the Open era.