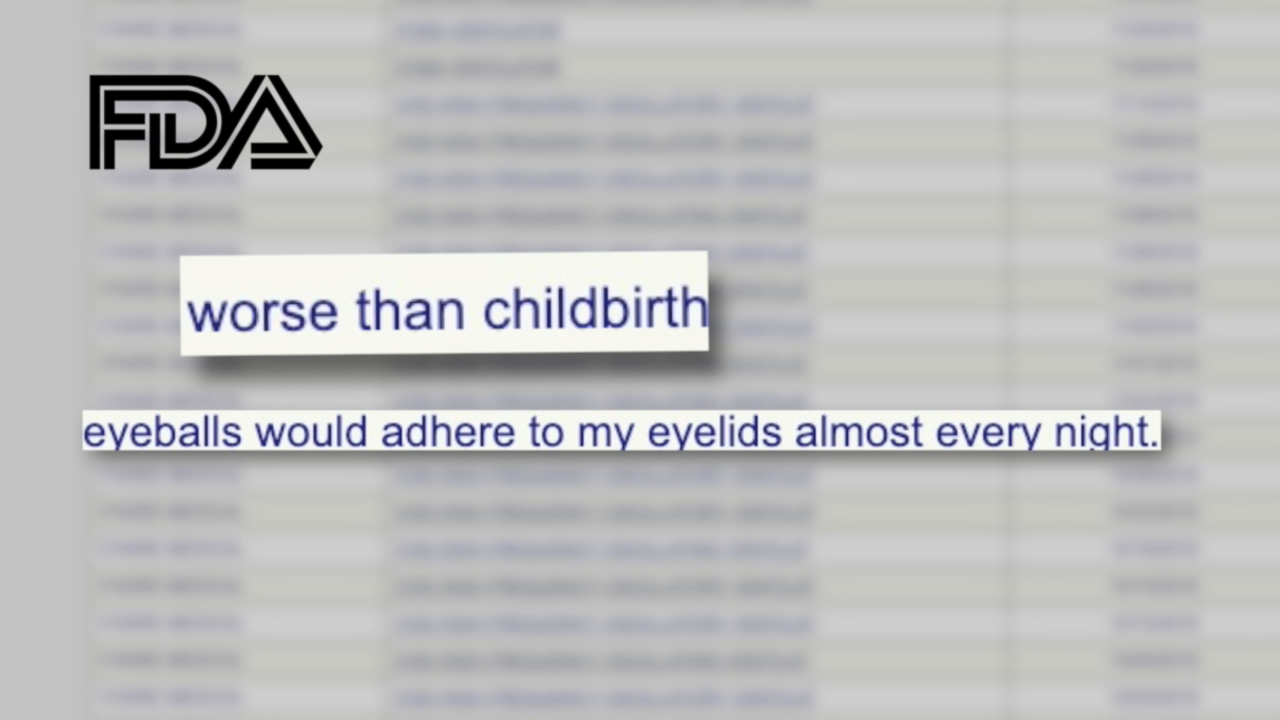 At least three Lasik patients who suffered severe complications after refractive eye surgery have ended their own lives, investigative reporter Jace Larson found. The news comes as the Lasik industry maintains the procedure is safe and effective.

It doesn’t get easier for Nancy Burleson each time she visits her son’s grave.

"The hardest part is waking up every day, knowing I still have to exist without my child," Burleson says.

Her son, Max, was a son any mom could be proud of. He fought for his country in Iraq. When he returned, he had Lasik eye surgery, which started another battle.

"He had dry eyes so bad that he was having to put eye drops in every five minutes," Burleson explains.

Burleson says her son stopped going to his college classes and eventually lost his job. It was difficult to leave his apartment.

"The pain was described as needles in his eyes,” Burleson says.

Then came the light sensitivity.

"I’d never heard my son cry before,” Burleson recalls. “I don't know what to do. I've lost everything. I've lost my GI bill. My education is on hold. I cannot drive. I cannot get a job."

His suicide note read in part, "I hope someday you can understand that I couldn't go on without my eye sight. I trusted a doctor that destroyed my eyes, imagine not being able to see the computer screen, TV, people’s faces.”

Burleson is not the only person to bury a loved one after refractive eye surgery. Many people across the country say they are worse off after the surgery than before.

"I can look up at the moon at night and see up to eight smeared overlapping moons," says Paula Cofer, a support group organizer.

Cofer started an online support group after her surgery left her in pain. The group has more than 6,400 members, and even more joined after Detroit TV Meteorologist Jessica Starr killed herself last year. Starr publicly talked about problems after her eye surgery.

"If anyone understood the consequences of this surgery fully, there's no way anyone in their right mind would do this surgery,” Cofer says.

Eye refractive surgery involves using a blade or laser to cut a flap across the surface of the cornea. Once lifted, a laser smooths out the underlying tissue, improving vision to 20/20.

Over two decades, it's been done more than 19 million times. The industry says it has a 96 percent satisfaction rate.

However, an FDA database that chronicles patient problems uncovered hundreds of serious complaints from patients after surgery. More than 700 complaints described pain "worse than childbirth." One patient described their eyeballs would stick to the eyelids almost every night. There was also a report of a father who killed himself.

"I’ve had patients who talked to me about suicide, patients who have lost their spouse. One patient got divorced," says Dr. Edward Boshnick, a Miami eye doctor.

The Lasik industry disputes this, calling the surgery safe.

Dr. John Vukich, with the American Society of Cataract and Refractive Surgery, says "we don't understand why very rarely there is pain."

Lasik surgeons point out how successful Lasik has been for most people.

"You take a million patients, do the exact same thing, and you are going to have rare outlying circumstances,” Dr. Vukich says.

But for a grieving mother, that's not good enough. Burleson’s mission now is to spread her son’s story, so prospective patients can weigh the risks.

"I shouldn't be here looking at my child's grave,” Burleson says, shaking her head.