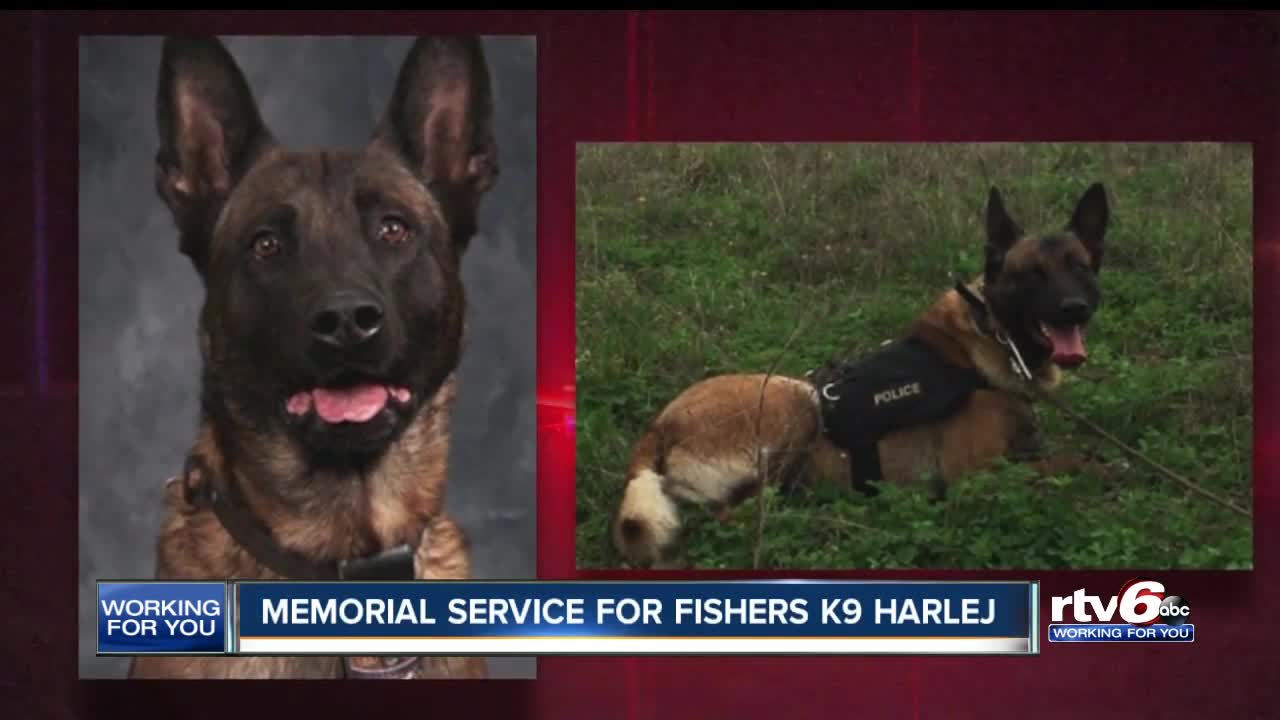 Police and members of the comments came together to say goodbye to Fishers K-9 Harlej. FISHERS, Ind. — Police, family and supporters from across Indiana came together Wednesday night to say goodbye to a K-9 that died in the line of duty.

Harlej, a 5-year-old Belgian Malinois who joined Fishers police officer Jarred Koopman's in 2015, was shot and killed in the early morning Nov. 13 while assisting with a manhunt.

Law enforcement officers from across the state came to pay their respects.

Gebhart credited Harlej with saving the lives of the three officers at the scene that night, along with making sure the suspect, Richard Garrett, 19, was caught.

Even though Harlej was a K-9 officer, he was also part of the family.

"Loss is never scheduled and you're never ready for it," Jarred's wife, Kim Koopman, said. "Knowing the boys won't get up in the morning to go on their walk with Jarred and Harlej is just so sad."

Kim knows this loss will be felt by many.

"Most people probably think, 'All this sadness for a dog?' and part of me could believe that because most dogs wouldn't follow you into the darkness of danger," she said. "I know just as we are, so are the men and women who have been brave enough to go into the darkness with Jarrod and Harlej are being forever changed by this experience. Harlej, there are no words one can say for how one little pup could impact so many people."

Garrett, who is accused of killing Harlej, faces nine charges, including striking a law enforcement animal and criminal recklessness with a deadly weapon.