Illinois mom let her daughters ride in an inflatable pool on top of their SUV, police say 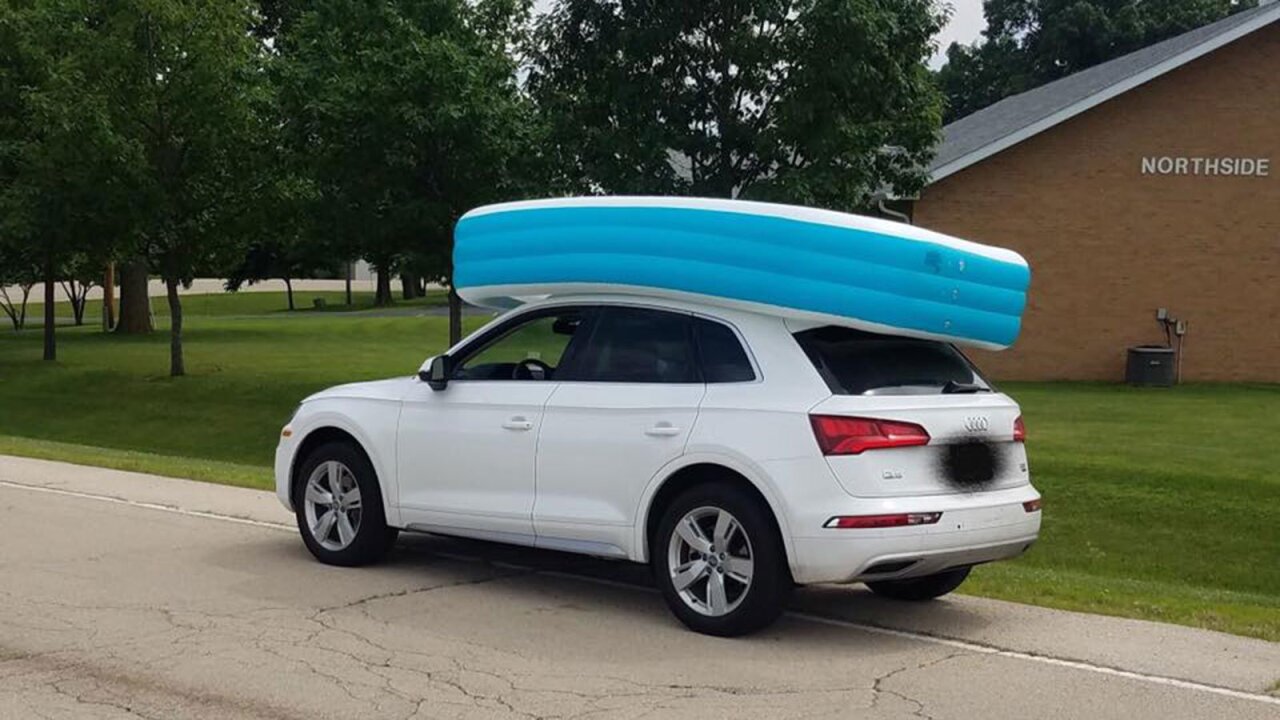 An Illinois mom was arrested and charged with child endangerment after she allowed her daughters to sit in an inflatable pool on top of her SUV, police say.

Jennifer Jeanus Yeager, 49, of Dixon had driven to a friend's house Tuesday afternoon to blow up a blue inflatable pool, according to Dixon Police.

On the way back, the department says, she had her daughters sit in the pool on top of the car to keep it from flying away.

Someone saw the two children on top of the car and reported it to police, who stopped the vehicle.

Yeager was charged with two counts of endangering the health or life of a child and two counts of reckless conduct. She was also cited for failure to secure a passenger of the age of 8 and under the age of 16.

She was taken to the Dixon Police Department and released after she posted bond.

Yeager did not have an attorney on file as of Wednesday afternoon.