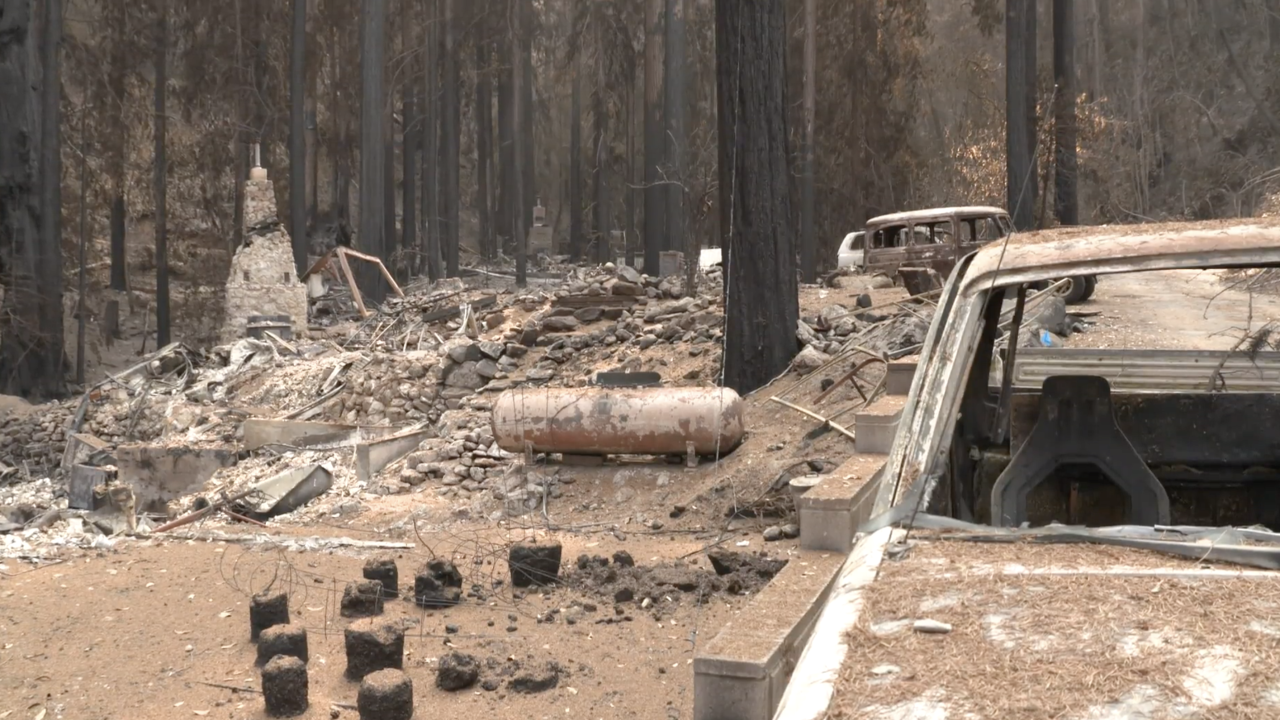 Air pollution and the loss of homes and lives are some of the devastating impacts of wildfires. But now, small towns are beginning to see a new trend, as wildfires begin to claim one of our most important resources: water.

“This district is a big part of my life,” said Rick Rogers, the district manager for San Lorenzo Valley Water District. “This community is; these people in this community.”

With bars and restaurants dating back to the 1900s and surrounded by trees over 1,000 years old, many people move to this small mountain town to slow down.

“That’s why we wanted to be here,” said Boulder Creek resident Susan Leftwich.

But life was disrupted last month when the inching flames evacuated the entire community.

“Took out communities of 20, 30 homes in the Riverside Grove community,” recalled Rogers. “We were hard hit.”

Home after home annihilated by the unforgiving Complex Fire.

“Ah, the last four weeks have been hard,” described Leftwich.

Up until a few days ago, Leftwich didn’t know if she had a home to come back to.

“When we came around the corner and saw it, it was awesome,” she said.

But they would soon learn the havoc wildfires bring even when your home is sparred.

“There was no electricity until yesterday, and it’s been four weeks,” Leftwich said. “The water is, don’t drink don’t boil.”

With the same force that wiped out neighborhoods, the flames claimed one of the town’s most precious resources.

“Pipeline was in great shape; the only thing that really could impact that pipeline was fire and it did,” Rogers said.

The fire burned 100 percent of the city’s 7.5-mile water pipeline and ravaged its entire pristine watershed.

“You assume water is, you turn on your faucet and there’s water, that’s not always true,” Leftwich said.

Rogers says they’re navigating the disaster with help from a community that’s already been through this.

“Paradise was 12-18 months, but they had a lot worse contamination. They were one of first agencies to find out about this type of contamination,” Rogers said.

Water damage is a growing concern for cities across the burning western part of the U.S. Rogers and other experts believe as the country faces bigger fires that burn hotter and longer, pipelines will suffer more than they ever have in the past.

Testing and repairs will continue in the months ahead, but Rogers is hopeful the water will be safe to drink in a few weeks.

Still dealing with smoke damage, rotted food, and a lack of clean water, Leftwich and her husband are staying in San Jose in the meantime.

Homeowners now live day to day, hopeful a sense of normalcy will be restored.