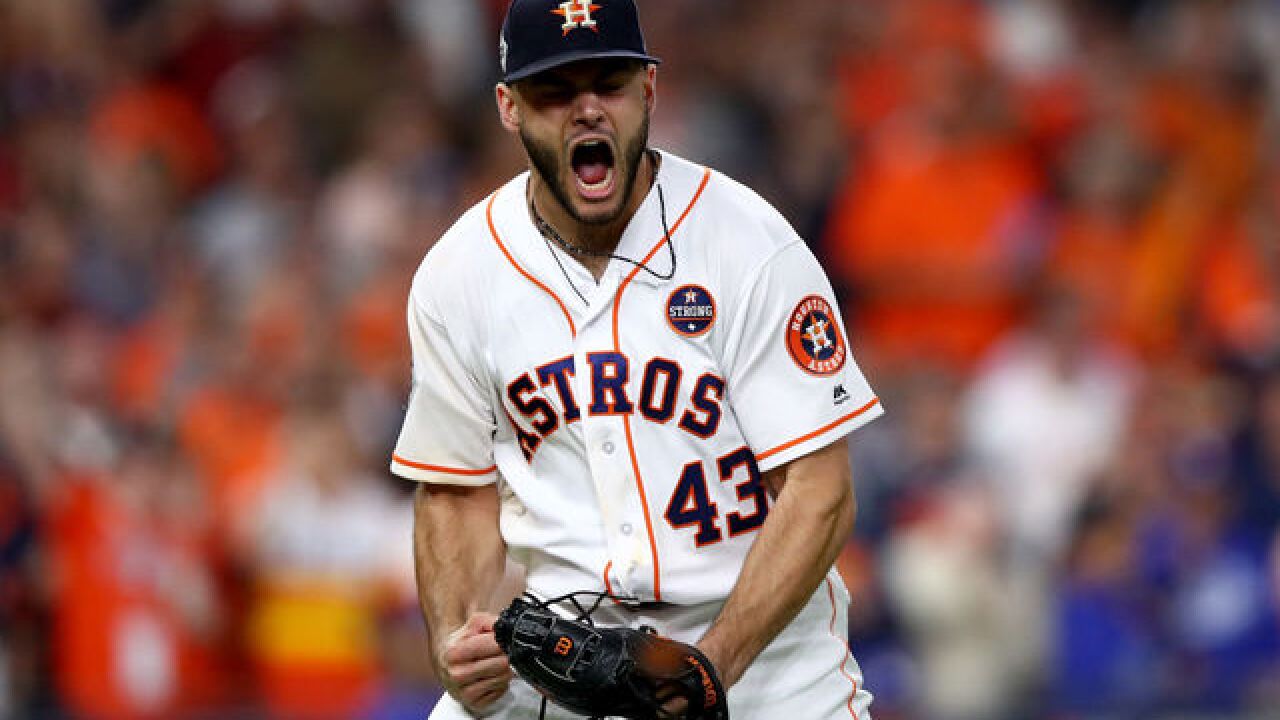 Copyright Getty Images
Ezra Shaw
<p>HOUSTON, TX - OCTOBER 27: Lance McCullers Jr. #43 of the Houston Astros reacts after a groundout to end the top of the third inning against the Los Angeles Dodgers in game three of the 2017 World Series at Minute Maid Park on October 27, 2017 in Houston, Texas. (Photo by Ezra Shaw/Getty Images)</p>

In a World Series dominated by home runs and the long ball, it was the Game 7 pitching performance on Wednesday by the Houston Astros which led the squad to the franchise's first ever World Series title.

The Astros defeated the Los Angeles Dodgers 5-1 to win the best-of-seven series by a 4-3 margin. The series was full of twists and turns, with no shortage of excitement.

Members of the Astros said that the World Series title had extra meaning after a Hurricane Harvey  devastated Houston in late August. The storm forced Houston to play some of its home games in Tampa as the city recovered.

"We take great pride in being there for Houston in that time," Astros manager AJ Hinch said. "They responded by falling in love with this team."

The Astros' held the Dodgers to just one run and six hits in Game 7. Houston scored two in the first inning, and three in the second, to cruise to the victory on Wednesday.

The series featured two of the longest games in World Series history. The Astros pulled out a 7-6 victory in Game 2, which needed 11 innings to decide. Houston won Game 2 by scoring a run in the ninth inning, two runs in the 10th, and two runs in the 11th.

In a critical Game 5, Houston won 13-12 in an 10-inning contest. Houston blew a three-run lead in the 9th inning before Houston scored in the 10th to lead the series 3-2.