Hillary Clinton is taunting Trump. But is she seriously eyeing another run? 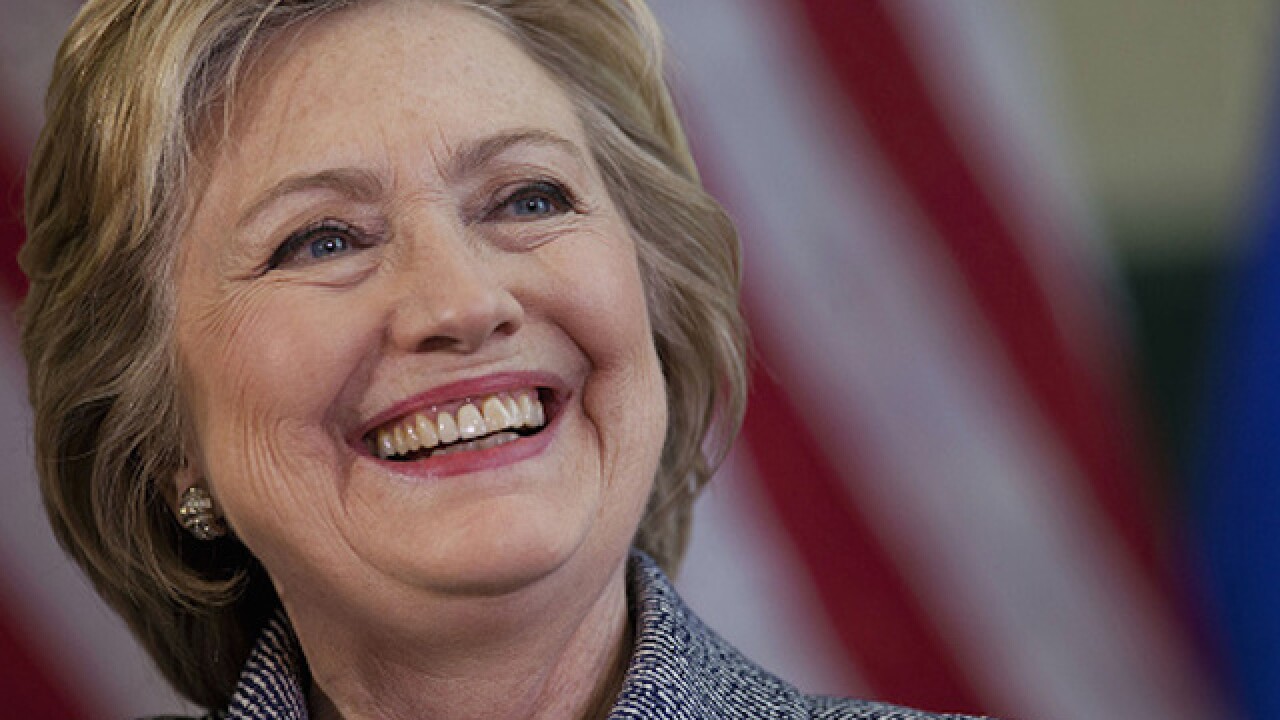 Hillary Clinton is having fun at President Donald Trump's expense, but that doesn't mean she is seriously weighing another run for president, several of the 2016 Democratic presidential nominee's close advisers tell CNN.

Clinton's recent reentry into the public sphere after months out of the limelight has led to speculation that she could be seriously considering a rematch with Trump. Those questions have been stoked by Clinton herself, who responded to a recent Trump tweet about her running again by simply saying, "Don't tempt me, " and joked with PBS' Judy Woodruff about a possible round two with the President.

"Maybe there does need to be a rematch," Clinton said jokingly. "Obviously, I can beat him again." Clinton bested Trump in the popular vote, but fell short in the Electoral College.

But Clinton's reemergence is more a product of fortuitous timing and feeling unencumbered than a genuine exploration of a 2020 run.

"No," said longtime Clinton friend and former Virginia Gov. Terry McAuliffe, when asked if Clinton is considering a run in 2020. "I think she is having the time of her life and speaking her mind."

McAuliffe, who was chair of Clinton's 2008 presidential campaign, added: "It drives Trump crazy. ... Trump and his massive ego cannot get over the fact that Hillary Clinton got 3 million more votes than he got. It drives him absolutely mad, so she is having fun shooting back at him."

For Clinton, the moment is a twofold opportunity: promoting her book and taunting Trump. And friends who have spent time with her in recent weeks say she's enjoying both in equal measures.

"Yes, she loves taunting him. As much now as ever," a person close to Clinton told CNN, speaking on condition of anonymity to discuss private conversations. "She's having fun, but that doesn't mean she's going to run again."

Clinton, after writing "The Book of Gutsy Women: Favorite Stories of Courage and Resilience" with her daughter, Chelsea Clinton, was always planning a lengthy book tour. Little did she know, however, that she would kick off the tour mere hours before House Speaker Nancy Pelosi announced the beginning of an impeachment inquiry into Trump.

That unexpected timing, aides said, meant Clinton was going to be far more public at the same time that Trump's presidency faced its most existential threat. Trump continues to bring up Clinton, tweeting about her regularly and often using questions around her email use as secretary of state to deflect from questions about his own legal issues.

"She is out on a book tour," Merrill said, "and she is having a little fun."

One longtime loyal supporter said Clinton's jabs at Trump have created a fear among those close to her that she could ultimately consider a rematch, which many people believe would end badly for her.

"A lot of people are talking to her, which isn't helpful," another person close to Clinton told CNN. "They get into her head because she so dislikes Donald Trump that she can't see straight."

All of this chatter -- much of which comes from longtime Clinton donors -- is focused on the notion of a rematch with Trump. Of course, should she decide to run -- again, highly unlikely -- she would face a Democratic primary fight in a far different landscape than the 2016 campaign.

"Sure, she thinks about it," said McAuliffe of another Clinton presidential run, "but she is also realistic."

Still, some friends email her political gambling sites, showing her with a strong chance of defeating Trump. Newspaper columns floating the idea of her running always make their way into her inbox, including one last week from former San Francisco Mayor Willie Brown.

"She feels vindicated on everything she felt during the campaign," a person close to Clinton said. "She's been proven right. Does that mean she will run again? No."

A longtime confidante put it more bluntly: "She is NOT running."

Clinton has, however, been directly involved with the 2020 race and is deeply immersed in its day-to-day machinations. She keeps up with the swirl of news around the large field of Democrats vying to take on Trump and, according to advisers, has talked to nearly all of the 2020 Democrats.

That includes recent conversations with former Vice President Joe Biden and Sen. Elizabeth Warren of Massachusetts, the race's two front-runners, as well as in-person meetings with candidates like Sen. Kamala Harris of California, South Bend, Indiana, Mayor Pete Buttigieg and others. Clinton has not talked to Sen. Bernie Sanders of Vermont, an adviser said, who is running for the nomination again after challenging Clinton in 2016.

While Clinton has been involved in the 2020 primary behind the scenes, she does not plan to endorse in the contest, people close to her said.

Clinton's recent bluntness has been a stark break from how she was as a candidate in 2016, where she was more guarded and careful.

This shift was recently made clear when, during a book tour interview, Clinton replied to a question about the gutsiest thing she ever did with an answer that took even some of her advisers by surprise.

"I think the gutsiest thing I've ever done -- well, personally -- make the decision to stay in my marriage," Clinton told ABC, referring to her husband, then-President Bill Clinton, having an affair with then-White House intern Monica Lewinsky in the 1990s.

"She feels unconstrained, free to speak her mind," said Merrill. "Watch her on this book tour. It's liberating."