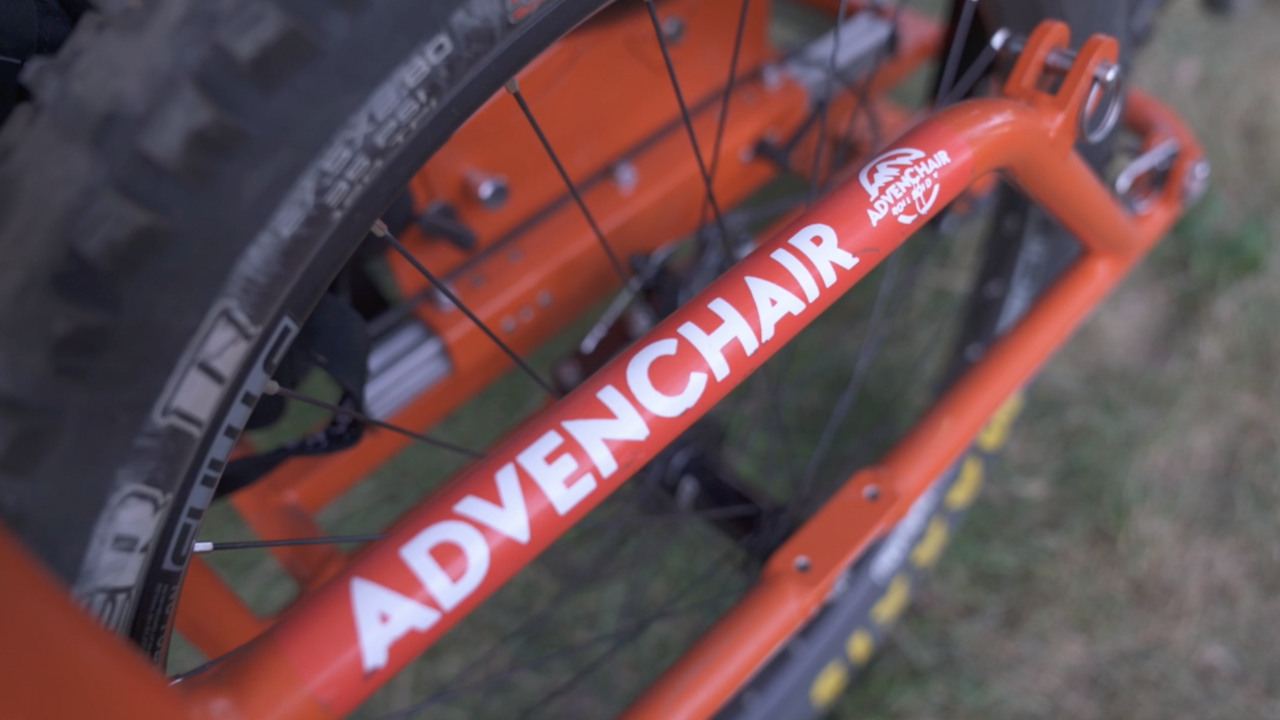 BEND, Ore. -- It’s a crisp September morning. A good time to go for a hike. For 21-year-old Isaac Shannon, that means strapping into the AdvenChair.

“I’m in a wheelchair because I have a mitochondrial disease, which is a progressive genetic disorder that affects pretty much everything in my body and makes me extremely tired and fatigued easily,” Shannon said.

For the majority of his life, Shannon hasn’t been able to go on hikes. This is now his fourth time using the AdvenChair.

“It’s rejuvenating to be outside, especially as a person with a disability because these resources are not exactly the most accessible,” Shannon said. “So when there is a tool that allows a person to be able to experience life in the most average way possible, I think it’s healing, and it’s nice to be out in nature where you’re not around people.”

The AdvenChair is an adaptive, human-powered wheelchair designed to help people with physical disabilities get outside. Jack Arnold is the engineer who helped develop the chair.

“It’s an all-terrain wheelchair. With a small team of people, you can go backpacking,” Arnold said.

One person pushes from behind, and another – adequately referred to as a mule -- pulls from the front. Up to five people can help remove the chair with nylon straps and carabiners on more challenging trails.

The man who inspired and created the idea of the AdvenChair, Geoff Babb, was supposed to be on the trail with us, but a medical emergency rushed him to the hospital instead. Geoff is no stranger to the hospital. This visit is due to a complication with a pump in his abdomen that helps control muscle spasms. But as he puts it, it’s not his first rodeo.

Twelve years later, on the same date, Geoff had a second stroke. Now he lives with quadriparesis, which means he experiences weakness in all four limbs. His favorite medicine is nature.

“For me, to start to heal, I had to be in my place of comfort and strength, which was being outside,” Geoff said.

Outside is where he met his wife, Yvonne.

“I mean, we weren’t born outside, but we’re just outdoorsy people,” Yvonne said with a laugh.

Both worked as plant resource specialists. Geoff used to be a fire incident commander. As his primary caretaker, Yvonne’s life has been influenced by the AdvenChair as much as Geoff’s has.

“To me, it’s a safe way to go out to the woods with Jeff and continue our life in an adventurous way,” Yvonne said.

They can go on trips to the beach, or in the snow and trek through somewhat tricky trails.

“Takes five or six people we’re like ‘ohhh we can do this,’” Yvonne said.

Yvonne says Geoff is the most driven person she’s ever known. Geoff says his motivation is his desire to contribute to the world positively.

“I have a purpose when I get up, and that purpose is to help people experience wild places eventually,” Geoff said.

It’s a goal he’s already achieved on a small scale with other friends in Oregon.

“I think this is one of the coolest things that I’ve gotten to experience in my life because I’ve been able to hike again without feeling tired or having any pain,” Shannon said.

Geoff hopes to continue his legacy allowing more people to hike outside.

“I want to be able to see other people in his chair… on the Camino, or climbing the Great Wall of China,” Yvonne said.

No matter what life throws at him, Geoff says he will continue rolling boldly off the beaten path.