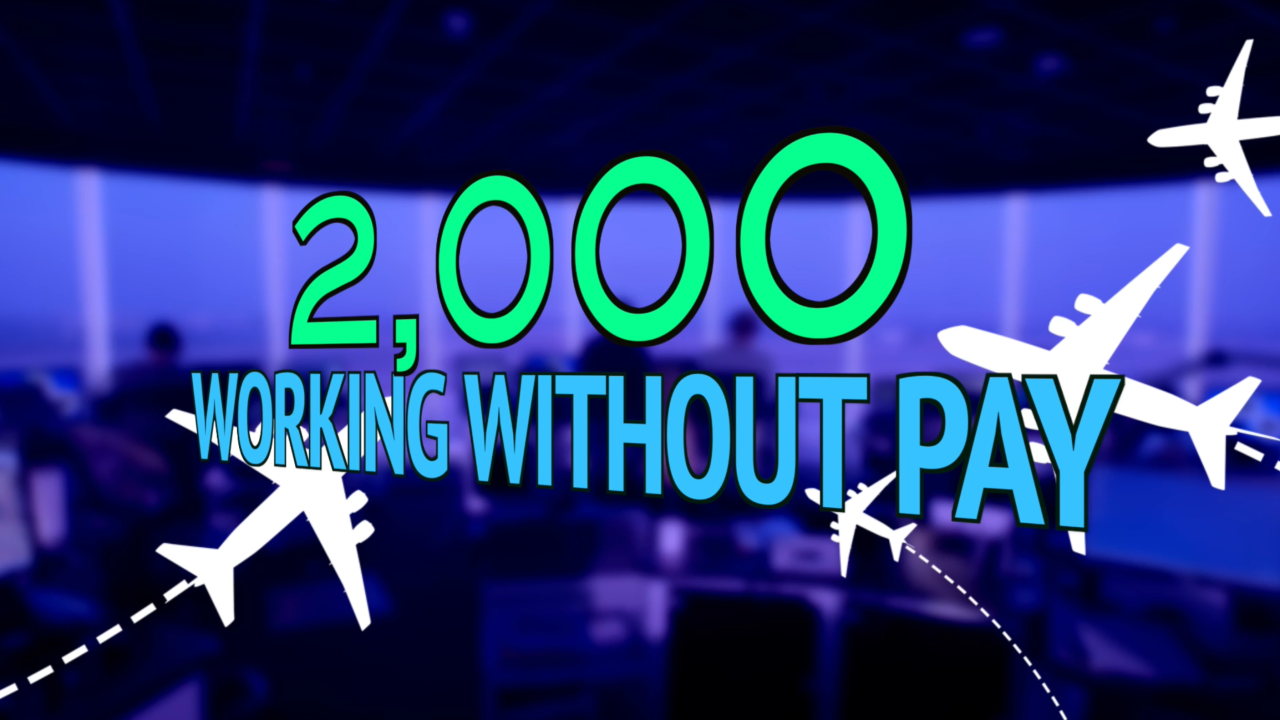 As the government shutdown continues, and there are new concerns about how long air traffic controllers can keep working and keep travel safe for all of us.

Trish Gilbert, the executive vice president of the National Air Traffic Controllers Association, says travel is, “less safe today than it was a month ago.”

“We are working with bare-bones crews. We have controllers there doing what they do very, very well, but how long can you expect them to do it without all of the systems behind them to keep the system safe and the planes in the air?” Gilbert says in an interview on CNN.

Gilbert argues that the shutdown is putting incredible strain on the system, calling it unacceptable and unreasonable.

"People are nervous,” he says. “They're scared.”

Yochman was one of several air traffic controllers handing out fliers at Cleveland’s Hopkins International Airport, and he has one mission: to end the government shutdown.

“These people are--instead of going home and leaving the job at work--they're going home and they're worrying about paying the mortgage, you know,” he says. “Credit card bills are still coming in from Christmas."

A judge rejected a lawsuit asking the government to temporarily pay air traffic controllers during the shutdown.

This week, the FAA called back some 2,000 furloughed safety inspectors and engineers, to work without pay.