Caught on camera: German Shepherd confronts burglar inside of home 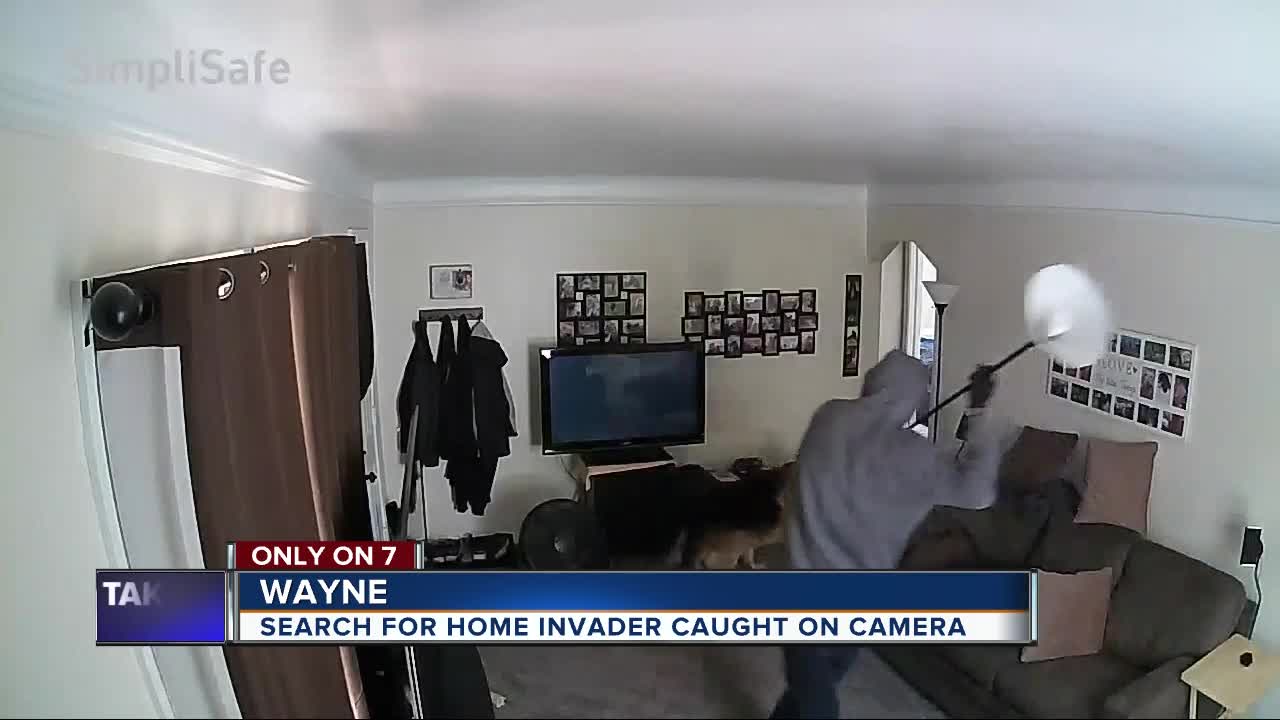 Kristin King was working Thursday morning when she got a strange call from her home surveillance company, SimpliSafe. 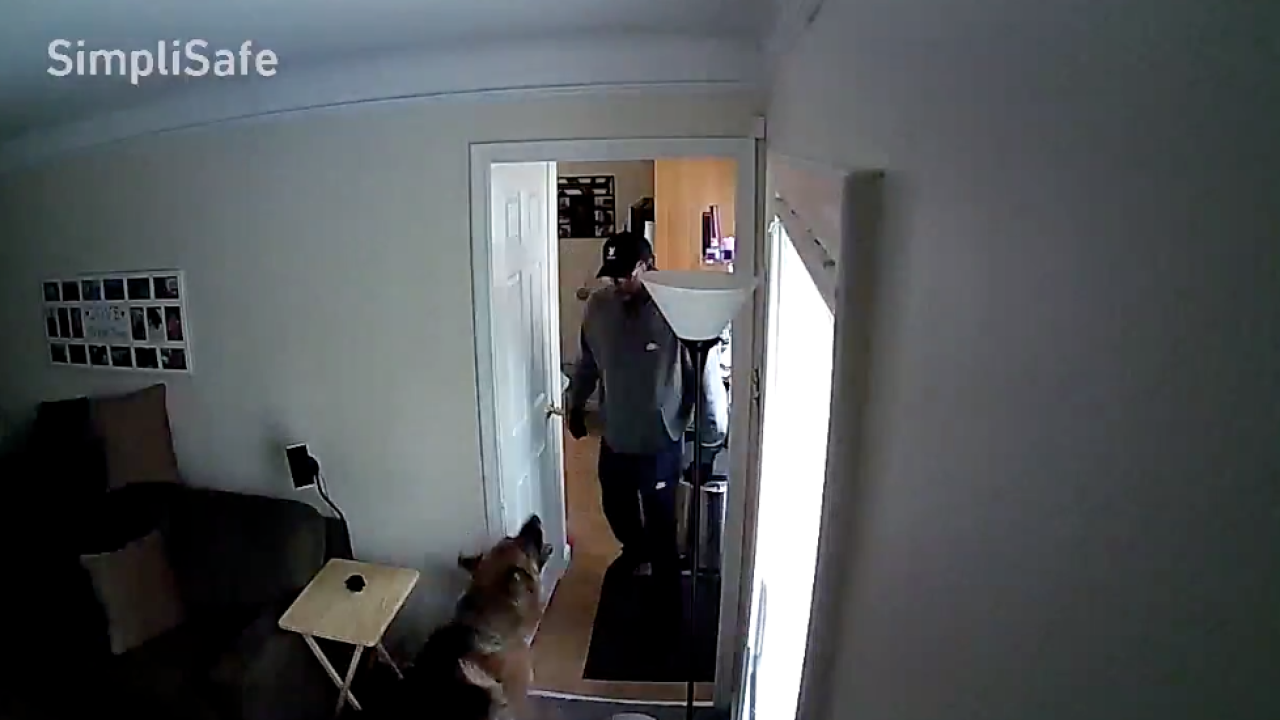 Kristin King was working Thursday morning when she got a strange call from her home surveillance company, SimpliSafe .

“My alarm system called me and said we see a man in the house," she told Scripps station WXYZ in Detroit.

King thought it could be her landlord, surveying damage from recent flooding. Then, an alarm system spokesperson said the man was attacking her dog, Caleb.

“I was mostly worried about my dog’s safety," King said.

She saw it all unfold from her smartphone, where her home surveillance is routed to.

The surveillance shows the man grabbing a lamp to keep Caleb away; he even strikes the 7-year-old German Shepherd with the lamp, before he takes off with jewelry out the side door.

King estimates the suspect was inside her home for around five minutes, despite a loud alarm going off.

The home invasion occurred on 2nd Street near Annapolis. King and her boyfriend moved in back in October; it's a generally quiet neighborhood near a park.

CAUGHT ON CAMERA. Following up on a home invasion in Wayne today. Despite an alarm going off and a German Shepherd, this guy wasn't phase. It looks like he opens up a basement door once the dog starts barking @wxyzdetroit pic.twitter.com/YzyKSGNzUH

“I was just in shock that someone would, at 11:15 in the morning with houses close together and break-in," she said.

The side door the man entered the home through was locked according to King; he broke the lock to get inside.

“He went in the bedroom, took all of my jewelry, the blanket and sheet on my bed to carry it out and walked out and left.”

City of Wayne Police are investigating the home invasion.

King said she feels violated, watching a man confront her dog in her own home, and not being able to stop it.

She hopes sharing her story will help investigators find the intruder.