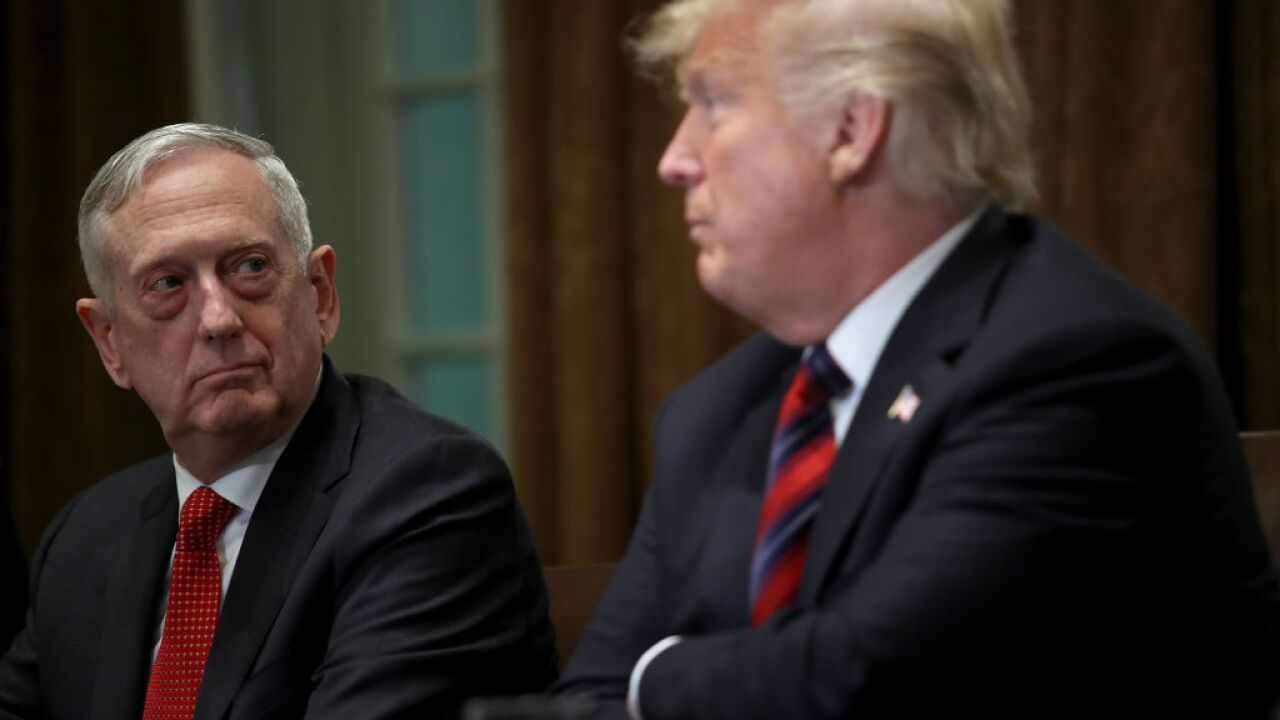 Former Defense Secretary James Mattis seemed to take reports of being deemed "overrated" by President Donald Trump in stride as Mattis declared himself the "Meryl Streep of generals" on Thursday.

"I am not just an overrated general," Mattis told the crowd, "I am the greatest, world's most overrated. I owe New York to this because Sen. Schumer, bringing my name up in a rather contentious meeting Washington where this grew out of.

"I am honored to be considered that by Donald Trump because he also considered Meryl Streep an overrated actress. I am guess the Meryl Streep of generals, and frankly that sounds pretty good to me."

Mattis was responding to reports that during a meeting with Congressional leaders on Wednesday over the United States' response to Turkish aggression against Kurdish fighters, Trump called his former Defense secretary "the world’s most overrated general," according to Schumer.

Trump later tweeted a photo from that meeting showing Pelosi standing up while making a point to Trump.