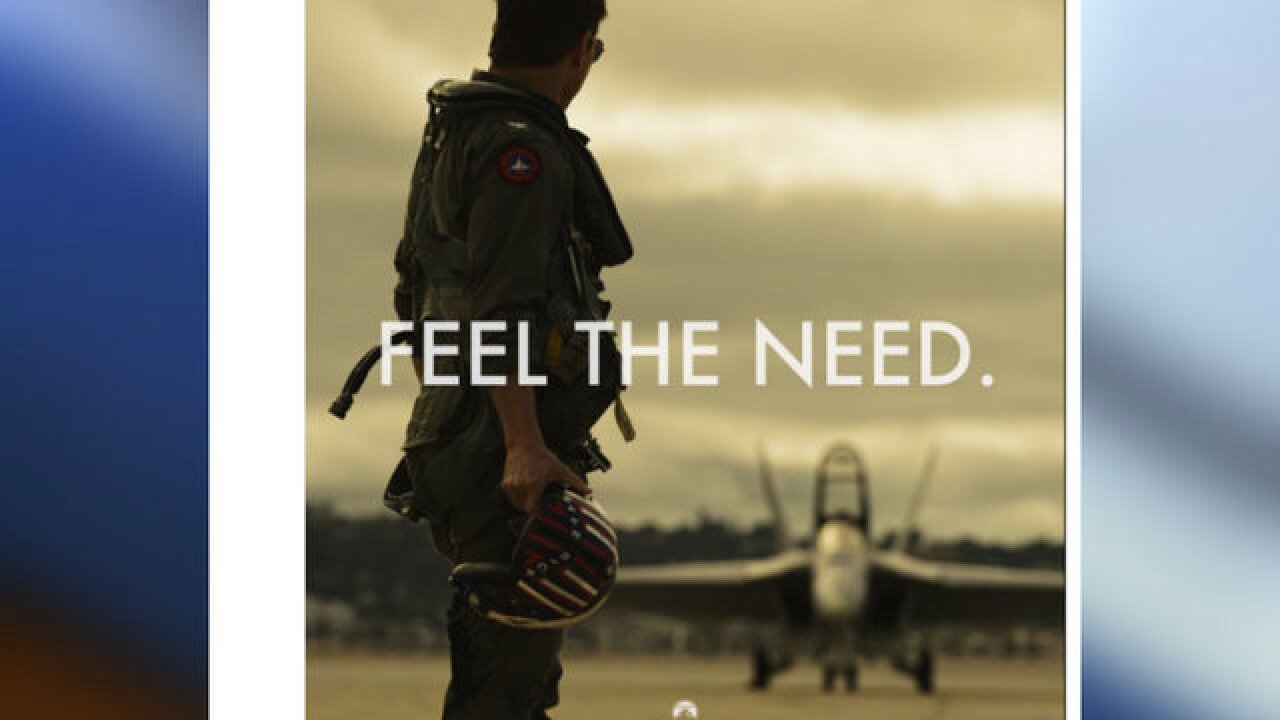 "Top Gun" fans looking forward to recapturing that loving feeling with Maverick and the crew will have to wait another year.

Paramount's "Top Gun: Maverick" has been delayed to allow for more flight training time, according to The Hollywood Reporter. The film will now land in theaters June 26, 2020, instead of July 12, 2019.

The sequel to the 1986 action hit "Top Gun" will see Tom Cruise reprise his role as "Maverick" and co-star Miles Teller.

Teller is set to star as the son of fighter pilot "Goose," the friend opposite to Cruise's character who dies in the original film (spoilers, but come on. It's been years.)

TMZ reported in May that Cruise was in San Diego on the first day of filming. Video captured by TMZ showed Cruise speeding down a landing strip on a motorcycle. The location appeared to be at Naval Air Station North Island on Coronado.

The film is being directed by Joseph Kosinski, who also directed Cruise in the 2013 sci-fi flick "Oblivion." Cruise has said the sequel will retain the same style as the original and the film's musical score would be similar as well.

Parts of the original "Top Gun" were shot in San Diego. Kansas City Barbeque has been rebuilt after burning down in 2008, though hosted some memorable scenes.

An Oceanside home was used as the residence for Maverick's love interest, Charlie. Parts of the movie were also filmed in Bankers Hill and Point Loma.

But for now, fans will have to wait to until 2020 to fulfill their need. Their need for speed.