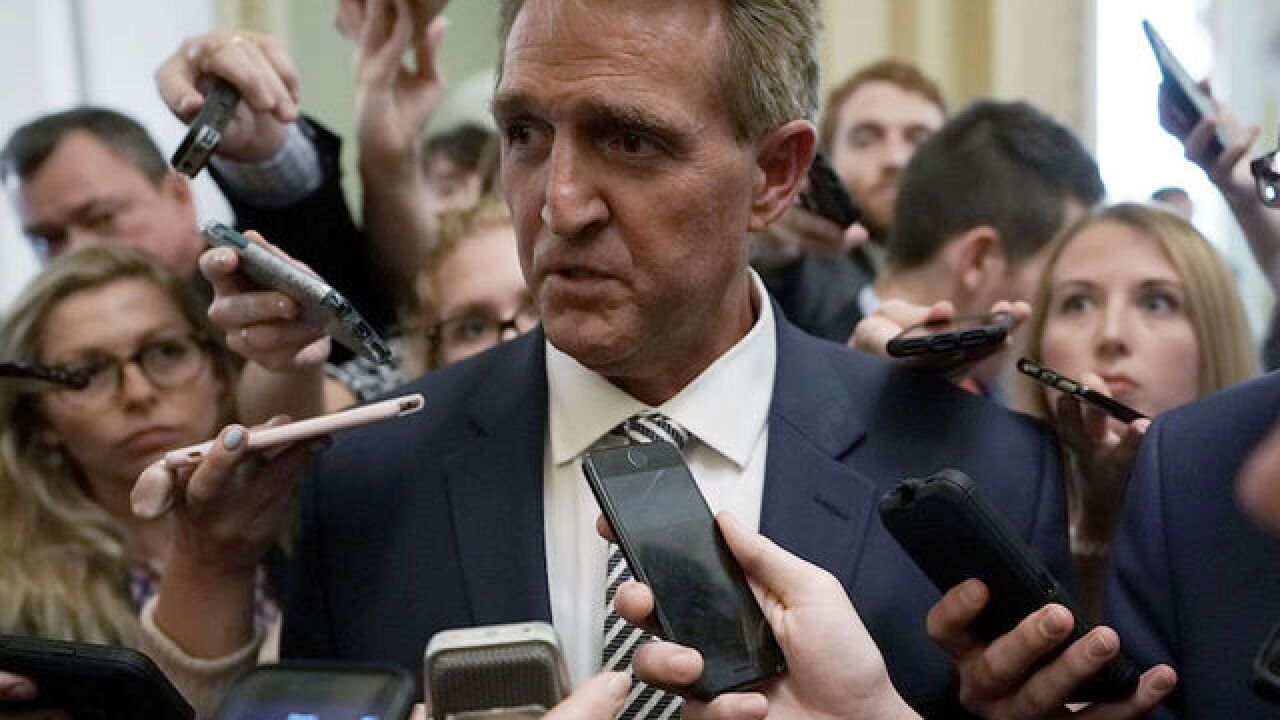 Image copyright 2018 Getty Images. All rights reserved. This material may not be published, broadcast, rewritten, or redistributed.
Alex Wong
<p>U.S. Sen. Jeff Flake (R-AZ) speaks to members of the media after a meeting in the office of Senate Majority Leader Sen. Mitch McConnell (R-KY) September 28, 2018 at the U.S. Capitol in Washington, DC. </p>

Speaking at a campaign rally Tuesday night, Trump cast doubt on Ford's testimony before the Senate Judiciary Committee by mocking her for not knowing the answers to questions such as how she had gotten to the high school party where she says Kavanaugh sexually assaulted her, an allegation he has repeatedly denied.

"There's no time and no place for remarks like that. To discuss something this sensitive at a political rally is just not right. It's just not right. I wish he hadn't had done it," Flake told NBC's Savannah Guthrie on "Today," adding, "It's kind of appalling."

The Arizona Republican has played a key role in Kavanaugh's confirmation process. On Friday, he voted to move the nominee out of committee but called for an FBI investigation into allegations made against Kavanaugh in order to gain more clarity on the matter before the full Senate votes on his nomination.