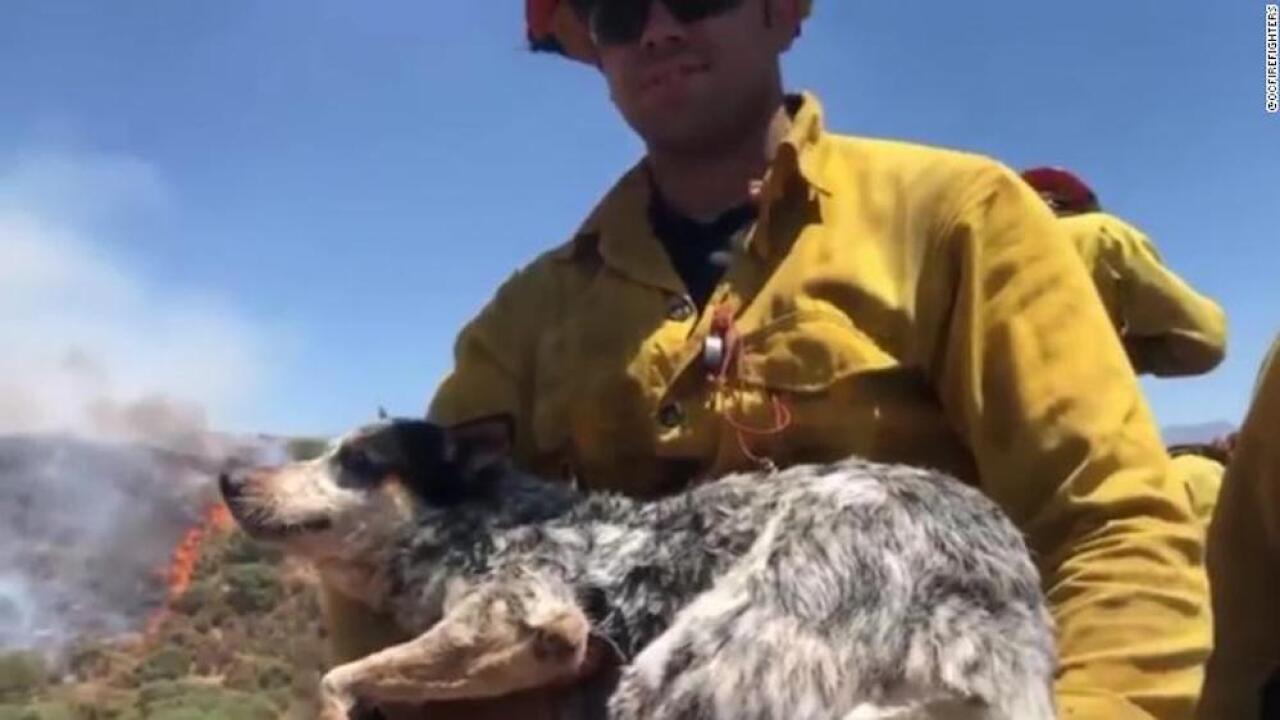 Firefighters have rescued a dog as they continue to battle the Apple Fire in Southern California.

They say the pup is now with Animal Control after they fed it some food and water.

Local media reports the dog was later reunited with its owner. They say if it hadn't been, a firefighter was prepared to adopt it.

More than 7,000 people have been forced to evacuate since the wildfire erupted on Friday. It's already torched more than 26,000 acres.

Authorities believe the fire was caused by a vehicle malfunction.