Fewer Puerto Ricans have power restored than a week ago 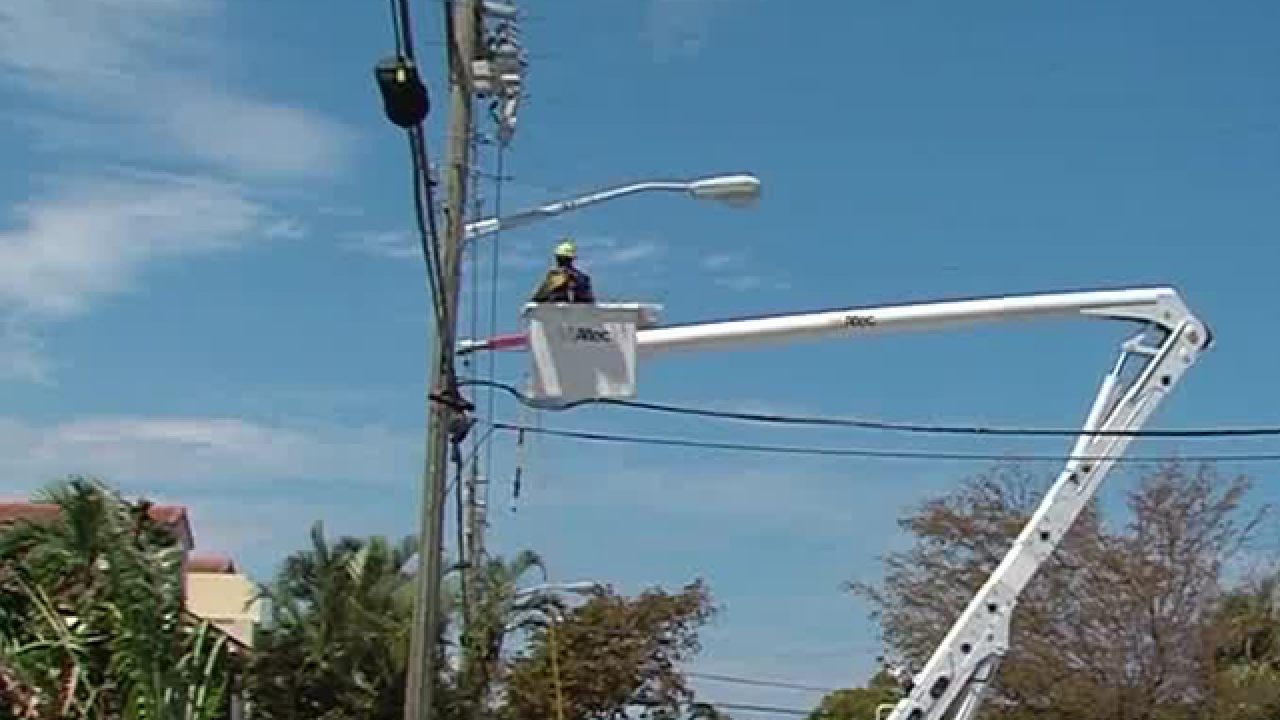 As Puerto Rico struggles with water shortages and a dire situation for many seeking medical care, the number of customers getting power off of the island's grid has declined, according to the latest available data and conversations with energy experts.

Last Monday, 15% of customers were receiving power compared with typical peak load. Today, that number was down to 13.7%, according to Department of Energy status reports.

Puerto Rico Gov. Ricardo Rosselló said Sunday that he hopes to have 95% of power restored by December. The progress of the last week shows how difficult getting there will be, say groups working on the ground and energy analysts. The December goal "is indicative of the extent of the damage and the challenging terrain and geography," said Chris Chiames, a spokesman for Whitefish Energy Holdings, an energy company working with the Puerto Rican power authority on the recovery.

From all sides, those trying to get the grid back up face challenges. Analysts who have studied Puerto Rico's grid gave several reasons the recovery is progressing so slowly.

1. Trying to put the electrical grid back together is a chicken and egg problem. Strange as it may sound, to get a grid working well, you need a strong existing grid to balance out problems that may occur. Electrical grids are self-serving systems that modulate power. Power plants run on synchronized intervals. When parts of a grid breakdown, it adds stress on the existing system.

2. The bad weather Puerto Rico has had in recent weeks is delaying progress.

Much of the island's turned to generators for the time being. The US Army Corps of Engineers has set up dozens of large generators and received a large new shipment over the weekend. These are used to power anything from homes to local services like police departments. Stores have been selling generators at a rate of over 200 per day, according to reports.

A Department of Energy spokesperson said more rapid improvements should be seen soon. But they are more likely to come in weeks than days. Today, the US Army Corps of Engineers, which FEMA has tasked with helping rebuild the island's infrastructure, awarded a $240 million contract to repair the power grid. That is expected to make a dramatic difference. "It's going to be a long process," he said. "The generators that arrived over the weekend. That was a big step forward. This is another step forward."

Chiames said that Whitefish Energy wants to do more on the island but the surrounding recovery is holding them back. Whitefish has 200 linesmen on the island and plans to grow the workforce to more than 1000.

But the slow progress on recovery has held his teams back. "We are limited by the amount of equipment and other infrastructure issues (i.e., housing, road access)," he wrote to CNN via email. "We are not bringing workers to the island until we have concrete assignments for them to take on, the logistics for them to get to the sites, and the equipment to make the repairs."