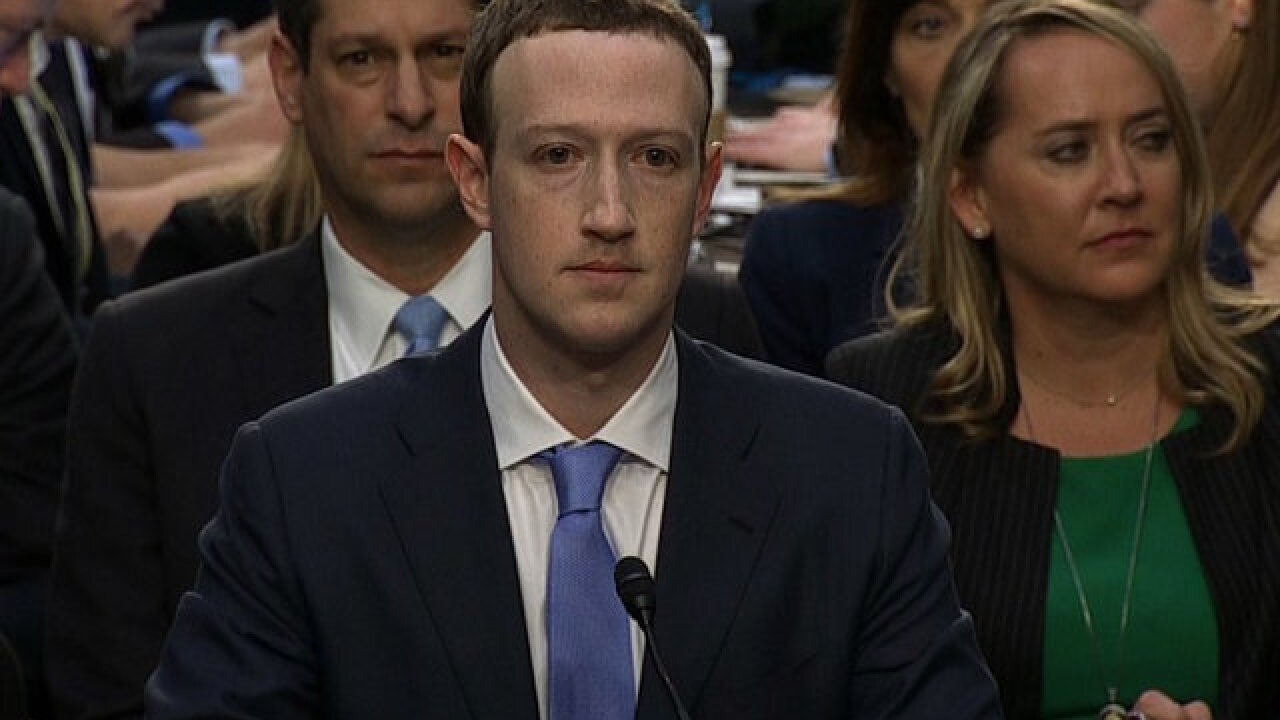 © 2018 Cable News Network, Inc.
Pool
<p>Mark Zuckerberg, the Facebook CEO is testifying for the first time before Congress, starting with an appearance Tuesday afternoon at a joint hearing of the Senate Judiciary and Commerce committees.</p>

Mark Zuckerberg has taken the stage to deliver a keynote at F8, Facebook's annual developer's conference.

"We are all here because we are optimistic about the future," said Zuckerberg. "We have real challenges to address but we have to keep that sense of optimism too. What I learned this year is we have to take a broader view of our responsibility."

Zuckerberg called out "Watch Party," a tool announced in January that lets you watch shows while chatting about them with your Facebook friends.

And Facebook is adding new features for dating, Zuckerberg announced.

"This is going to be for building real long term relationships, not just hookups, it's going to be in the Facebook app but it's totally optional. It's opt in... we have designed this with privacy and safety in mind from the beginning... you will only be suggested people who are not your friends."

The event comes more than a month after news broke that Cambridge Analytica, a data firm with ties to President Donald Trump's campaign, accessed information from as many as 87 million Facebook users without their knowledge.

Shortly before Zuckerberg's keynote began, the company announced a new privacy feature that will, once launched, allow users to clear their browsing history on Facebook, including what they've clicked on and which websites they've visited.