An endangered orca is sick and starving. Biologists are racing to find it 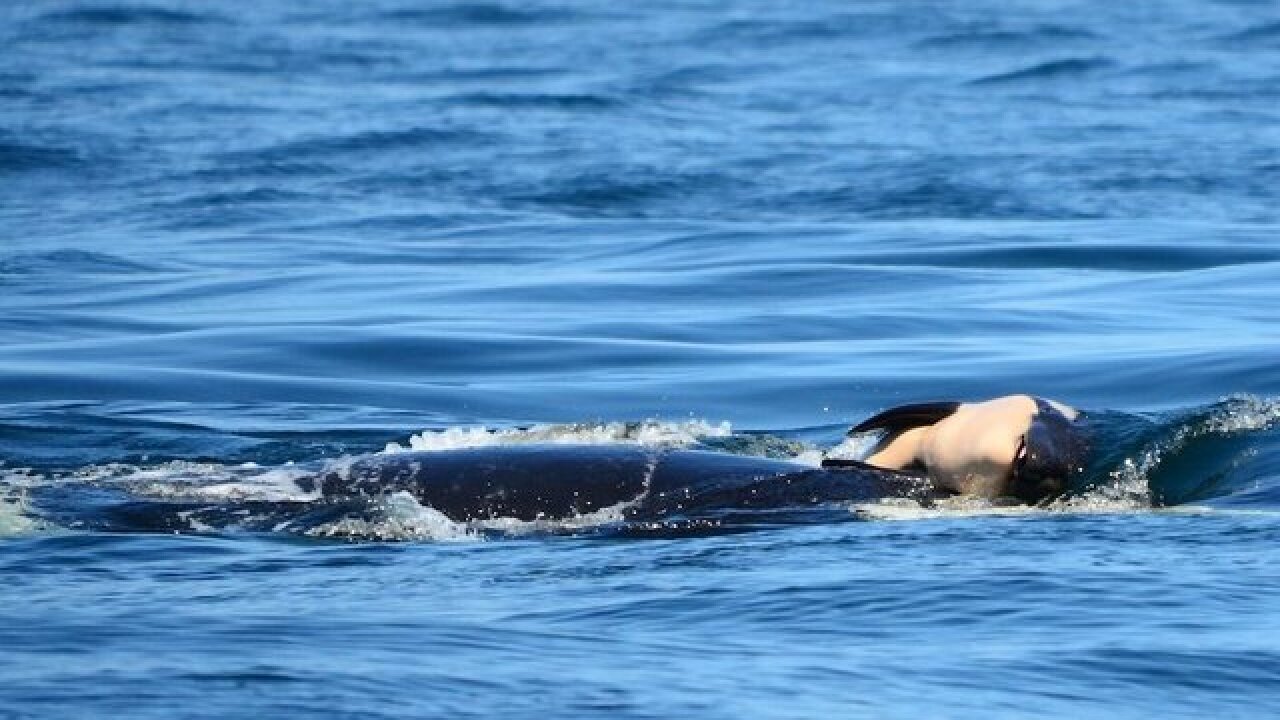 An ailing and emaciated orca named Scarlet could get food and antibiotics soon -- if biologists can find her before it's too late.

Scarlet is among a group of endangered, rapidly dwindling Southern Resident killer whales that frequent the Pacific Northwest.

US biologists are racing to find the underweight 3-year-old animal to administer antibiotics either through food or by injection, but she could be dead or in Canada.

Scarlet, also known as J50, was last seen in Canadian waters Saturday, on the west side of Vancouver Island. The 3-year-old orca's condition is so poor, she may not survive and is running out of time, scientists said. She is underweight and lethargic with periods of inactivity, and does not appear to be feeding.

The National Oceanic and Atmospheric Administration said its effort will involve shooting antibiotics in the orca to aid with recovery and using a local tribe to feed them fish that has medicine, a rare practice that has not been tried in the wild before.

"Responders from NOAA Fisheries and partner organizations are exploring options ranging from no intervention to providing medical treatment, potentially delivered in a live chinook salmon, which has never before been attempted in the wild. Potential treatment may include medication and nutrition," the National Oceanic and Atmospheric Administration said.

NOAA coordinator Teri Rowles said while they don't know what kind of infection Scarlet has, they are concerned about it.

Scarlet can only be fed in US waters

Scarlet's feeding comes with its own logistical challenges.

Canada amended its regulations to prohibit feeding marine mammals, so she can only be taken care of in United States waters.

In the US, biologists have prepared veterinary supplies, and dart and injection guns with antibiotics to rapidly respond when they see the killer whale.

"It is very possible she has succumbed at this point and we may never see her again," Rowles said. "We are hopeful that there is still a chance that we will be able to assist her with medical treatment to give her enough time to get nourishment and treat infections if indeed that is what is causing her decline."

Scarlet is part of the Southern Resident population that includes Tahlequah, whose heartbreak made headlines worldwide after she carried her dead calf for days this month.

Tahlequah's calf died a few hours after its birth last month. Not wanting to let its body sink to the ocean floor, she nudged it toward the surface as she made her way through the Pacific, off the coast of Canada and the northwestern US.

Lack of salmon is killing orcas

One of the problems affecting whales is the lack of salmon, their main source of food due to overfishing for commercial consumption. And man-made contraptions, like hydroelectric power sources, block their path to release eggs.

Orca whales also do not have babies often or in large numbers, and when they do, it is a long process. It takes a calf a little under a year and a half to fully develop in the womb, and they nurse for another year.

The Southern Resident population has reduced to 75 animals, and has not had a successful birth in three years. In the past 20 years, only 25 percent of the babies have survived.

Washington Gov. Jay Inslee has set up a task force to find solutions to help increase the number of killer whales.