'(The cartels) have no prejudice. They kidnap people.' 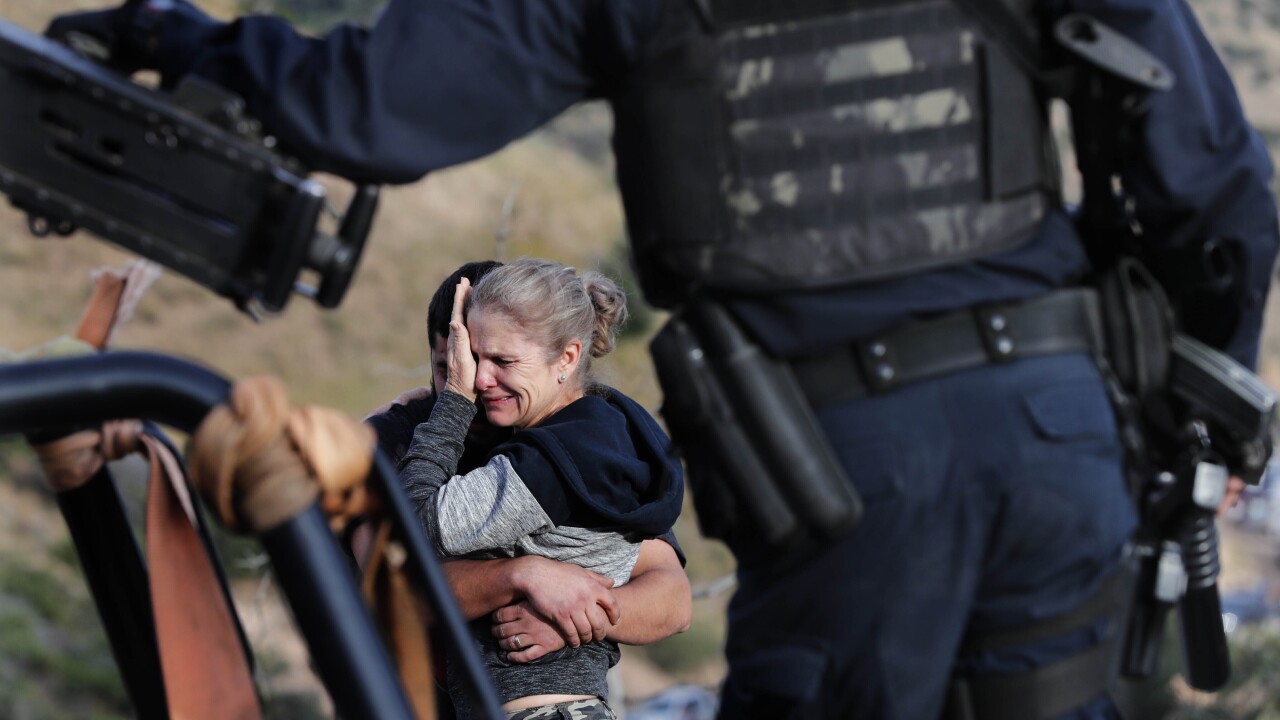 SALT LAKE CITY — A Utah man whose family lives in a village near where nine people died in a drug cartel ambush this week is shedding light on the turf war and cartel violence that he says locals — including his family — have been experiencing for years.

The man was so afraid of cartel retaliation, he asked to keep his name a secret, his face hidden and voice altered.

He said his family lives in a village in Sonora near the Latter-day Saints offshoot community of La Mora , which is in the Bavispe municipality.

Relatives heard gun shots and saw the smoke Monday, but he said they assumed the cartels were fighting each other.

They later found out the cartel shot and killed Christina Langford Johnson, Dawna Langford and Rhonita "Nita" Miller , and six of their children. Family of the victims said the cartel burned the vehicle with the bodies of Miller and four of her children, including 8-month-old twins, inside.

The man explained how locals don't like to travel the road three women had been driving on. He described how it's because of the turf war between cartels in that area. The dirt road, he indicated, connects to Agua Prieta on the US-Mexico border.

"They actually put checkpoints daily there," he said of how cartels control the road. "They have spotters with radios and phones."

Instead, the man said locals will drive south hours out of their way in order to go a different route.

"They've left letters letting people know, 'Don't travel this road,' " he said of measures taken by the cartel to keep locals away. "They've even went so far to leaving dead bodies on that road."

The man shared his own experience with cartel violence. He described how four of his relatives in that area were executed by a drug cartel several years ago.

"In 2011, I had well-known people, family, that actually got kidnapped with two of his sons and a cousin of theirs," he said. "And four months later, we found their bodies."

What happened to the group of mothers and children on Monday , he explained, happens to families every day in Mexico.

"(The cartels) have no prejudice. They kidnap people. People are never seen, we don't know what happens to them. We know they're gone and they'll never come back," he said. "But this is how we live there. This is what's going on there."

After Monday's massacre, the man says, fear is running through the surrounding villages.

"They're scared," he said of his family. "They're hunkering down in their houses with food, and not coming out."

According to the man, many of the locals know the families in La Mora . The man said people from the nearby villages work for the families, who he described as owning pecan orchards and a lot of land.

Now, he's hoping that area of Sonora can get more security to protect people.

"We just hope that things can get better for the people we love over there because there's a lot of honest people there," he said.

This story was originally published on KSTU.