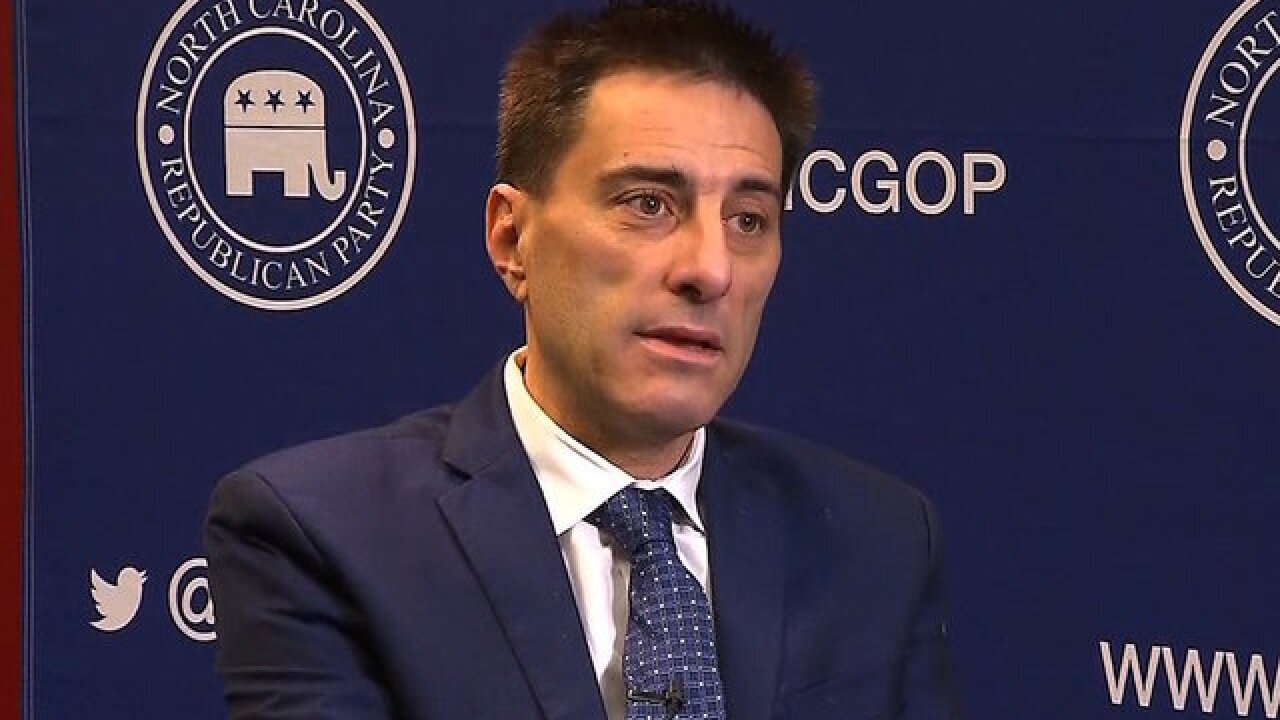 Copyright 2018 Scripps Media, Inc. All rights reserved. This material may not be published, broadcast, rewritten, or redistributed.
CNN
Democrat Dan McCready is withdrawing his concession in a North Carolina congressional race where investigators are probing allegations of election fraud.

Democrat Dan McCready is withdrawing his concession in a North Carolina congressional race where investigators are probing allegations of election fraud.

McCready got 905 fewer votes than Republican Mark Harris in the 9th District race. But the state elections board has refused to certify the results as it investigates potential misconduct with absentee ballots, making it the last undecided House contest in the country. The board could ultimately order another election.

McCready had previously conceded the race to Harris, but withdrew that concession Thursday.

"I didn't serve overseas in the Marines to come home to NC and watch a criminal, bankrolled by my opponent, take away people's very right to vote," McCready tweeted. "Today I withdraw my concession and call on Mark Harris to end his silence and tell us exactly what he knew, and when."

His reversal comes as the state elections board, as well as local and state prosecutors, investigate whether Leslie McCrae Dowless, a veteran operative in Bladen County who was hired by a consulting firm the Harris campaign paid $400,000, altered absentee ballots or collected them from voters but never turned them in.

Dowless earned more than $23,000 working on six campaigns dating back to 2010, and in most of those races, Dowless' candidates received a disproportionately higher percentage of absentee votes in Bladen County.

Dowless has not returned CNN's requests for comment. He has denied any wrongdoing to The Charlotte Observer.

Earlier Thursday, North Carolina Republican Party executive director Dallas Woodhouse told CNN he would support a new election if the elections board proves allegations of fraud are true and impacted the outcome of the race.

"We are not ready to call for a new election yet," Woodhouse said. "I think we have to let the board of elections come show their hand if they can show that this conceivably could have flipped the race in that neighborhood, we will absolutely support a new election."