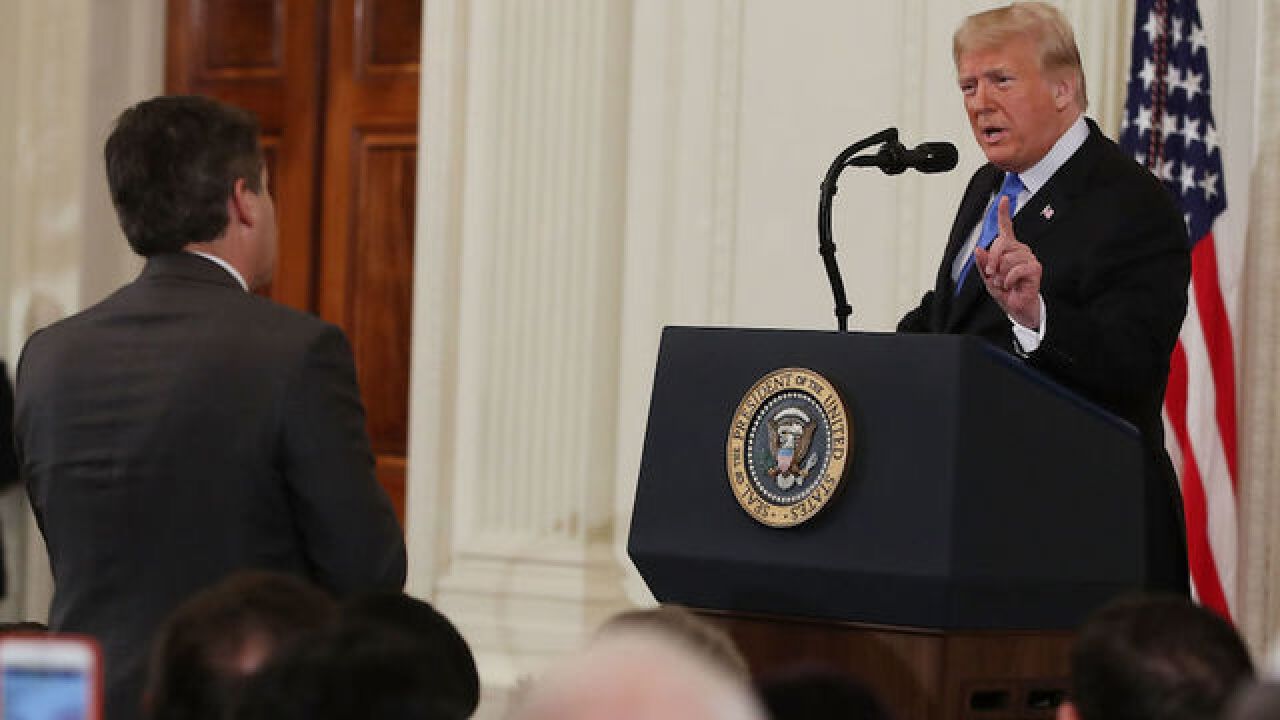 Image copyright 2018 Getty Images. All rights reserved. This material may not be published, broadcast, rewritten, or redistributed.
Mark Wilson
<p>U.S. President Donald Trump gets into an exchange with Jim Acosta of CNN after giving remarks a day after the midterm elections on November 7, 2018 in the East Room of the White House in Washington, DC. </p>

CNN reporter Jim Acosta's press credentials for the White House were stripped "until further notice," after Press Secretary Sarah Sanders accused him of "placing his hands on a young woman."

Sanders tweeted out a video of Acosta at a news conference questioning President Trump, but some sources are saying the video is doctored.

The news conference aired nationally before the video was released, and many people saw the original incident. They say the video appears to have cut out Acosta saying "pardon me, ma'am" to a White House intern who was reaching to take away a microphone.

In the allegedly doctored video, it appears Acosta's arm movement of pushing away the intern was sped up.

We stand by our decision to revoke this individual’s hard pass. We will not tolerate the inappropriate behavior clearly documented in this video. pic.twitter.com/T8X1Ng912y

Some say the tweeted video is retaliation for Acosta's sparring with Trump.

The allegedly edited video was first shared by Paul Joseph Watson, who is known for his conspiracy-theory videos on Infowar, a far-right website.