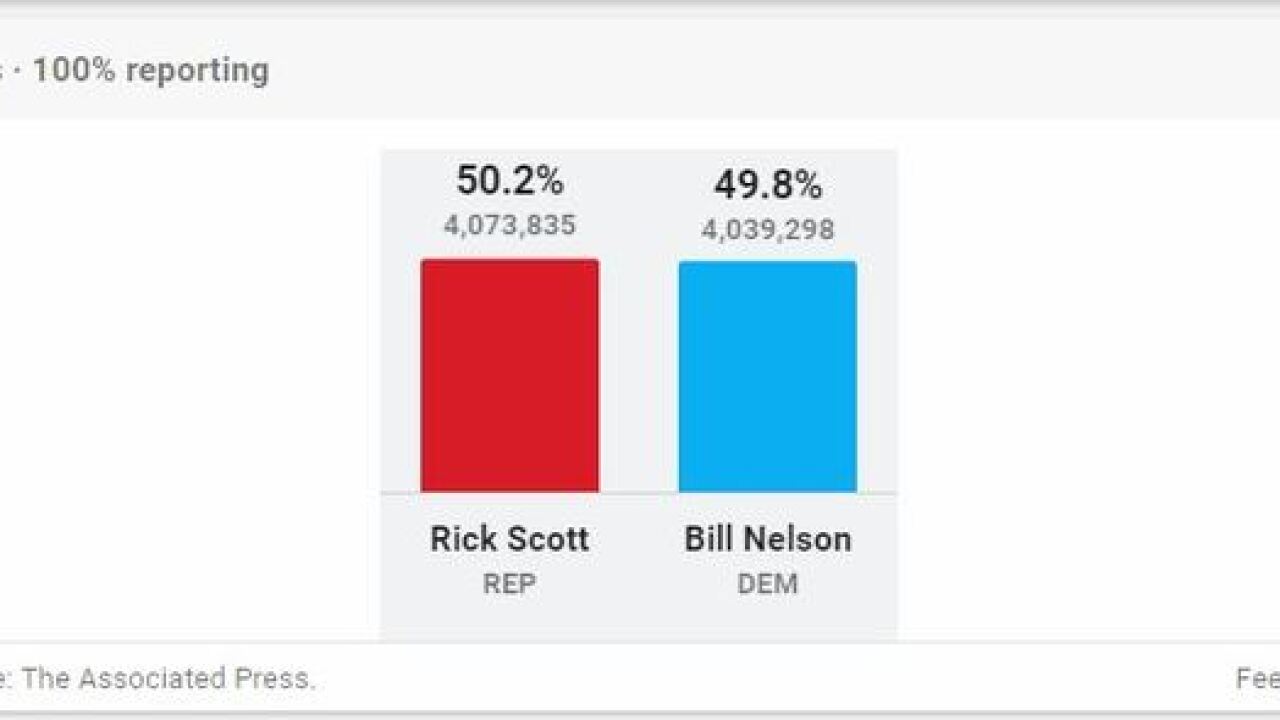 Copyright 2018 Scripps Media, Inc. All rights reserved. This material may not be published, broadcast, rewritten, or redistributed.
Marcusky, Scott

TALLAHASSEE, Fla. (AP) - The race for U.S. Senate in Florida between Democratic incumbent Sen. Bill Nelson and Republican Rick Scott is too close to call.

Scott's lead in the Tuesday race is 38,717 votes out of more than 8 million cast. That's a margin of less than one half of 1 percent.

Under state law in Florida, a recount is mandatory if the winning candidate's margin is less than 0.5 percentage points.

The Associated Press does not call any race that may proceed to a recount.

Rick Scott did take the stage in Naples late Tuesday night to claim victory in the race.

State officials will not officially order a recount until Saturday, when the first set of unofficial returns are due.

Scott spokesman Chris Hartline criticized Nelson for pushing for a recount, calling it a "sad way" for him to end his political career.