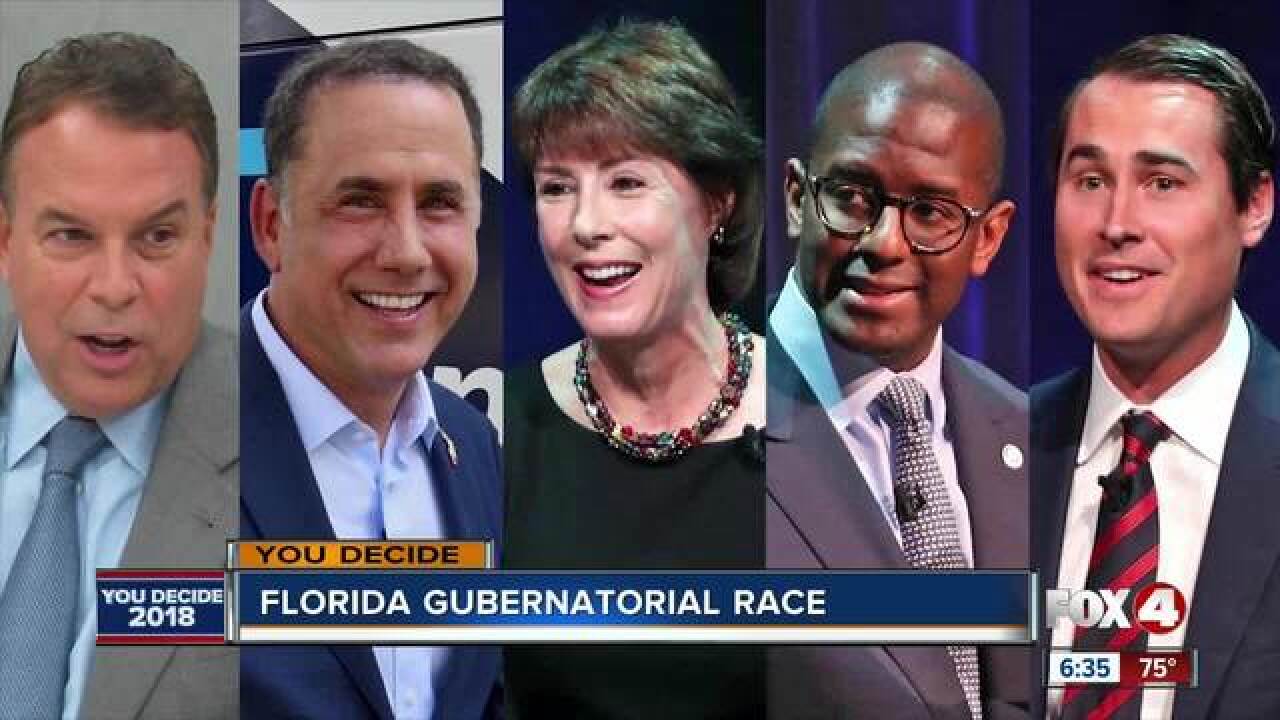 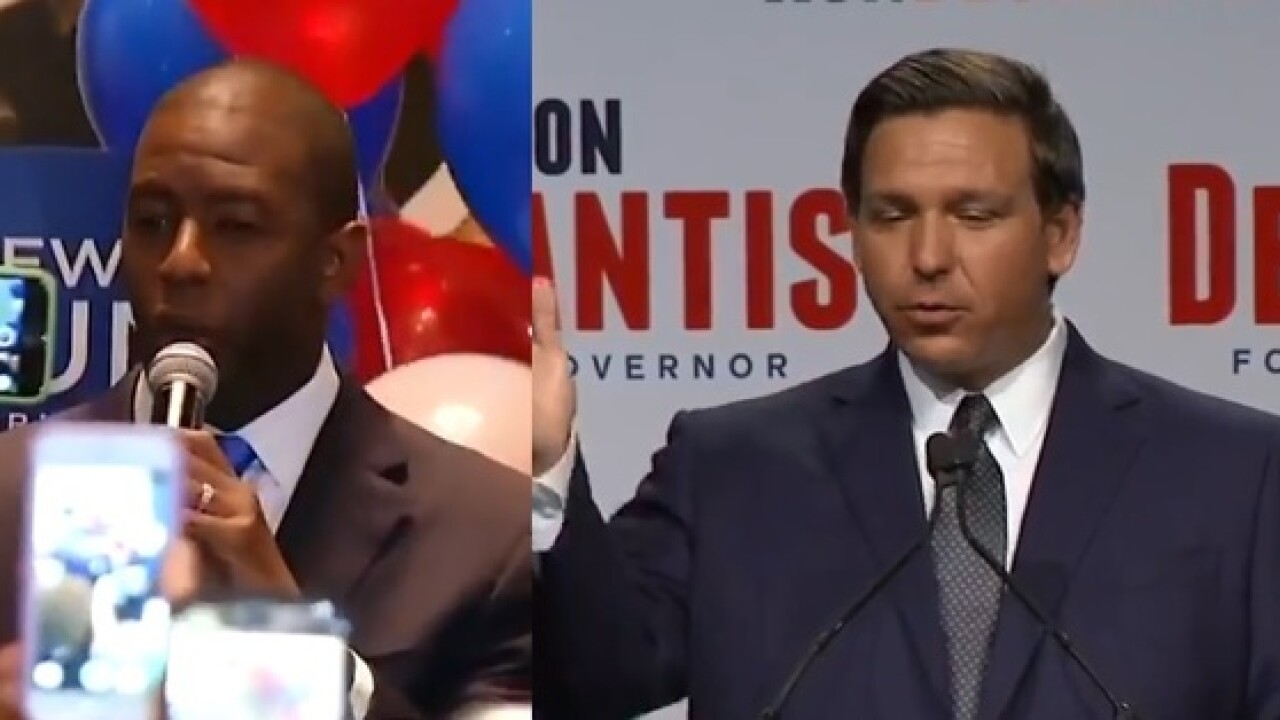 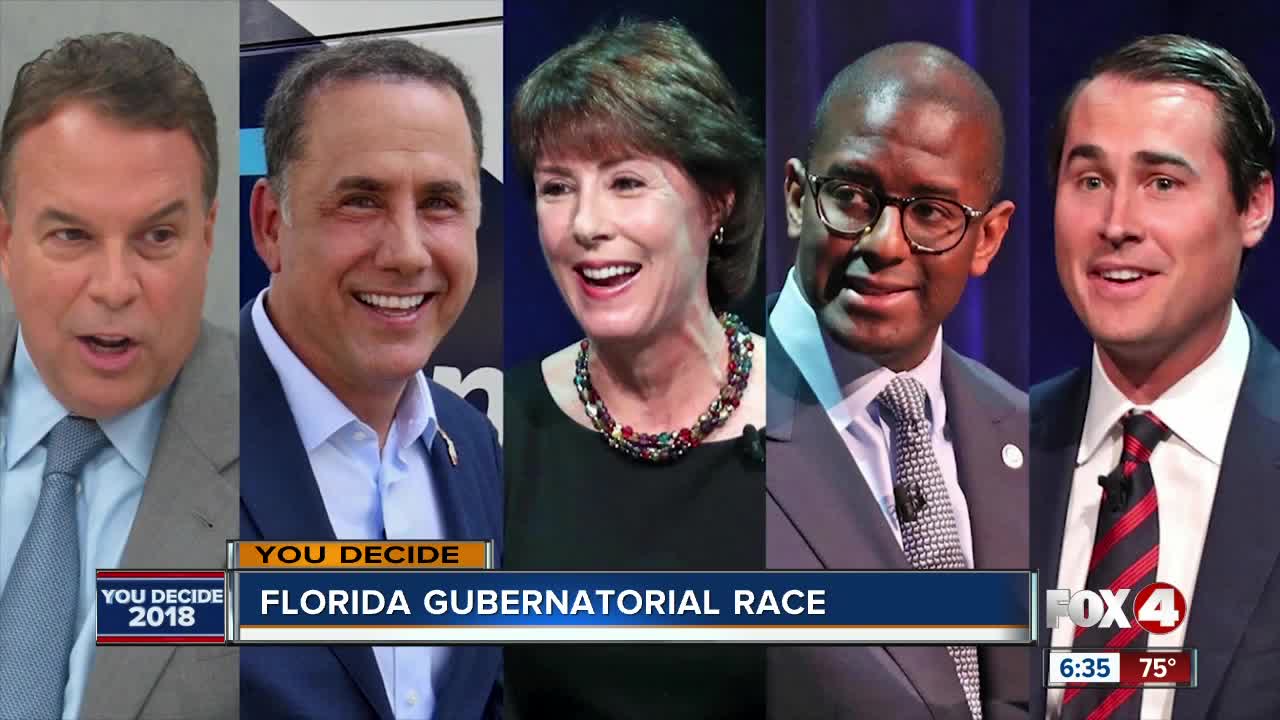 Gillum won the primary Tuesday after upsetting a field of better-known and better funded candidates. He defeated a field that included former U.S. Rep. Gwen Graham, who aimed to follow her father to the office and become the state's first woman governor.

Gillum was a favorite among many groups that call themselves progressive Democrats. U.S. Sen. Bernie Sanders of Vermont endorsed him.

UPDATE (8PM) -- U.S. Rep. Ron DeSantis has won Florida's Republican nomination for governor, with the help of President Donald Trump's endorsement to overtake an opponent with a long history in Florida politics.

DeSantis is a former Navy lawyer who won his seat in 2012 running as a Washington outsider. He ran for Senate in 2016 but dropped out of the race when Republican U.S. Sen. Marco Rubio decided to run for re-election after a failed presidential campaign.

All eyes are on Florida Tuesday night.  In an important swing state, who wins the gubernatorial race will give both parties an idea of how to position themselves this fall and in the 2020 presidential election.

For current Agriculture Commissioner and Republican gubernatorial candidate Adam Putnam, what was supposed to be an easy race is now an uphill battle thanks to President Trump. Putnam, who has been in politics for more than 20-years was supposed to be next in line until the president's visit to Tampa in late July. That's when the president endorsed Putnam's challenger Congressman Ron DeSantis. DeSantis' numbers shot up days after and, if the polls are to believed, he still leads Putnam.

The polls show Graham and Levine in a tight race as both stake out very specific constituencies.

Graham, the daughter of former Florida governor and U.S. Senator Bob Graham has staked out the middle ground as she looks toward the general election where she will need Independents and maybe even some Republicans to put her over the top.

Levine is courting the far left wing of the Democrat party in an effort to replicate successes in other states where more liberal candidates have pulled off surprise wins.

Make sure you tune in to Fox4 News at 10 for results and analysis.