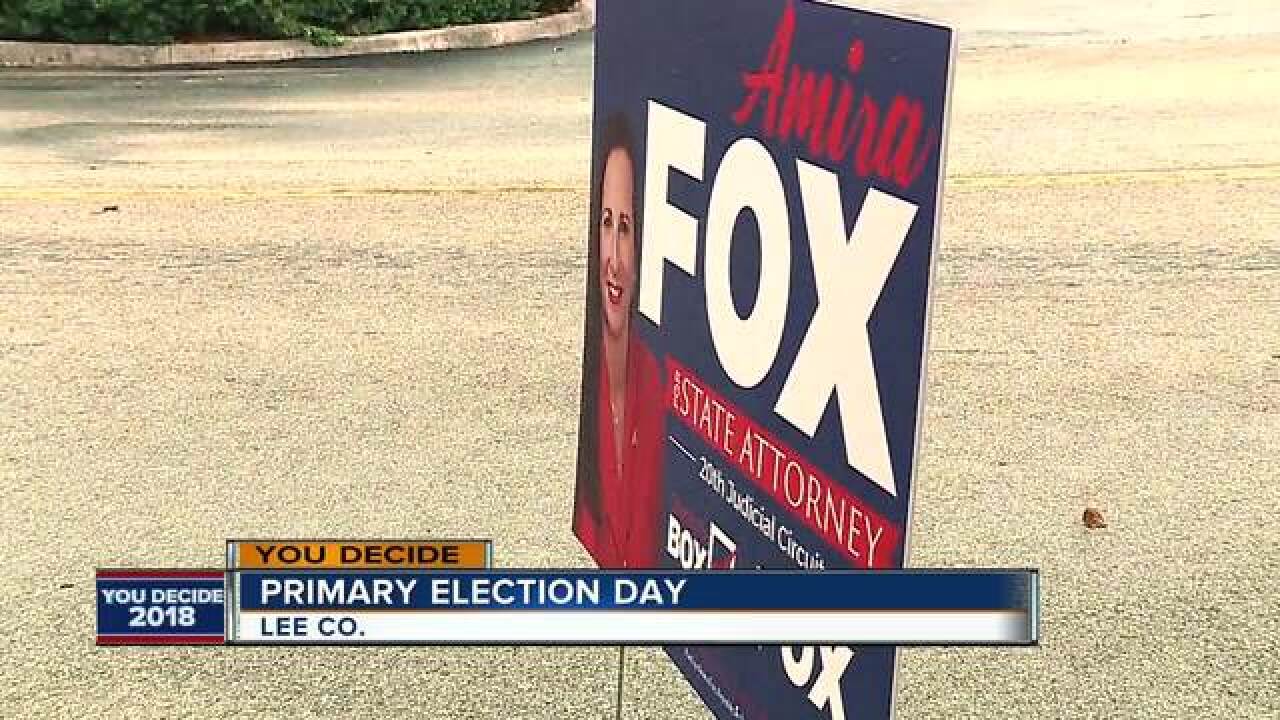 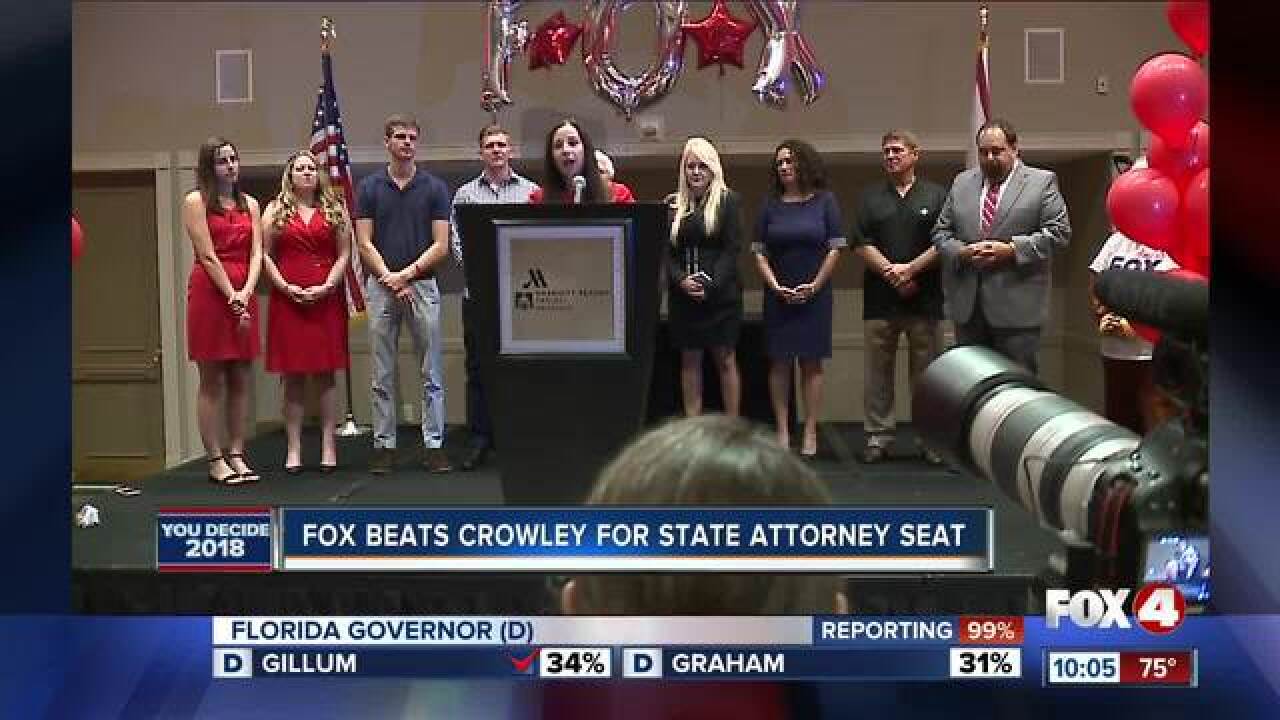 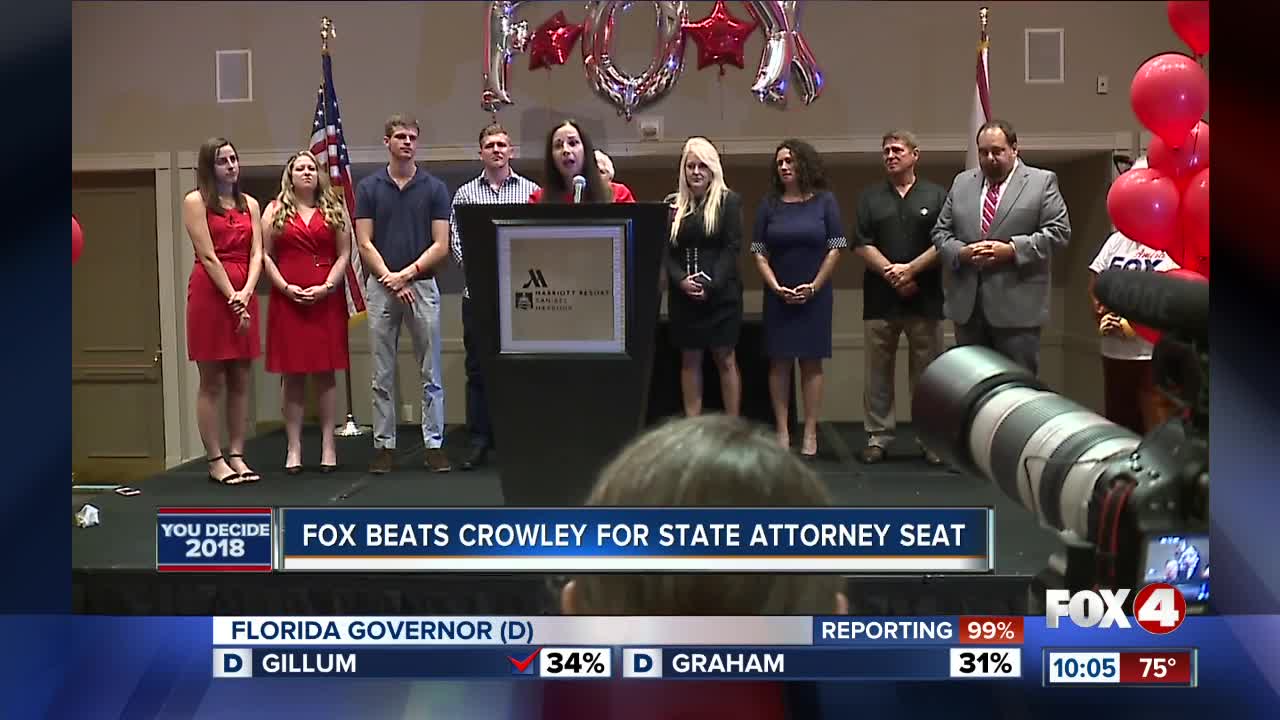 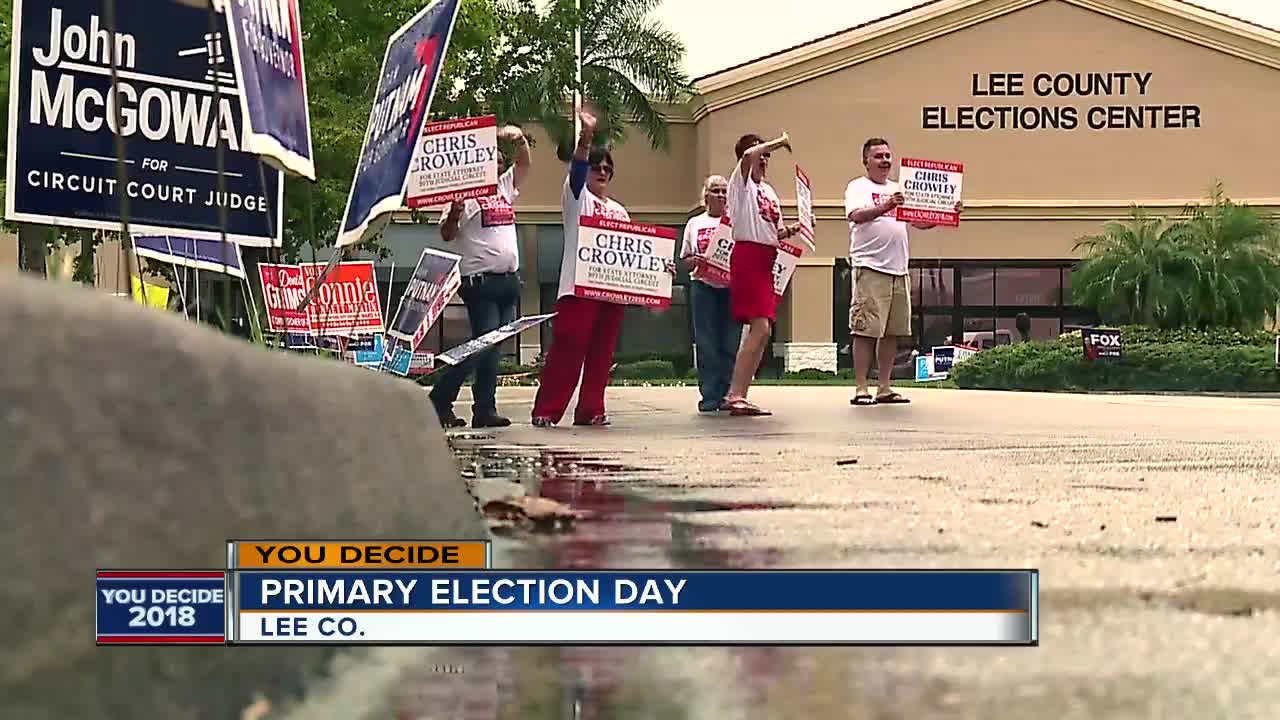 LEE COUNTY, Fla. -- The heated race for state attorney in Southwest Florida has come to a conclusion.

Amira Fox coasted to a double digit victory over Chris Crowley winning 57% of the vote in Tuesday’s primary.

Fox had the backing of much of the establishment Republicans in Lee County and around Southwest Florida, including sheriff's Mike Scott in Lee County, Steve Whidden in Hendry County, and Kevin Rambosk in Collier County, along with retiring State Attorney Stephen Russell.

Crowley hammered Fox on a low conviction rate at the State's Attorney's Office, where she has served as a prosecutor.  She was also criticized for not aggressively prosecuting animal abuse at Lee County slaughterhouses.

But Fox says Crowley went too far with his attacks.

"My opponent’s campaign was almost 100% negative, and the attacks were unfortunately on members of the State Attorney's Office.  We have 300 staff, 120 attorneys who work incredibly hard."

Fox says once elected she will make addressing mental health issues among youth one of her top priorities, as well as combating the opioid epidemic.

We asked Crowley for an interview before the results were official, but he declined.

Fox will take over as State Attorney in January.