A guide to Florida's primary election 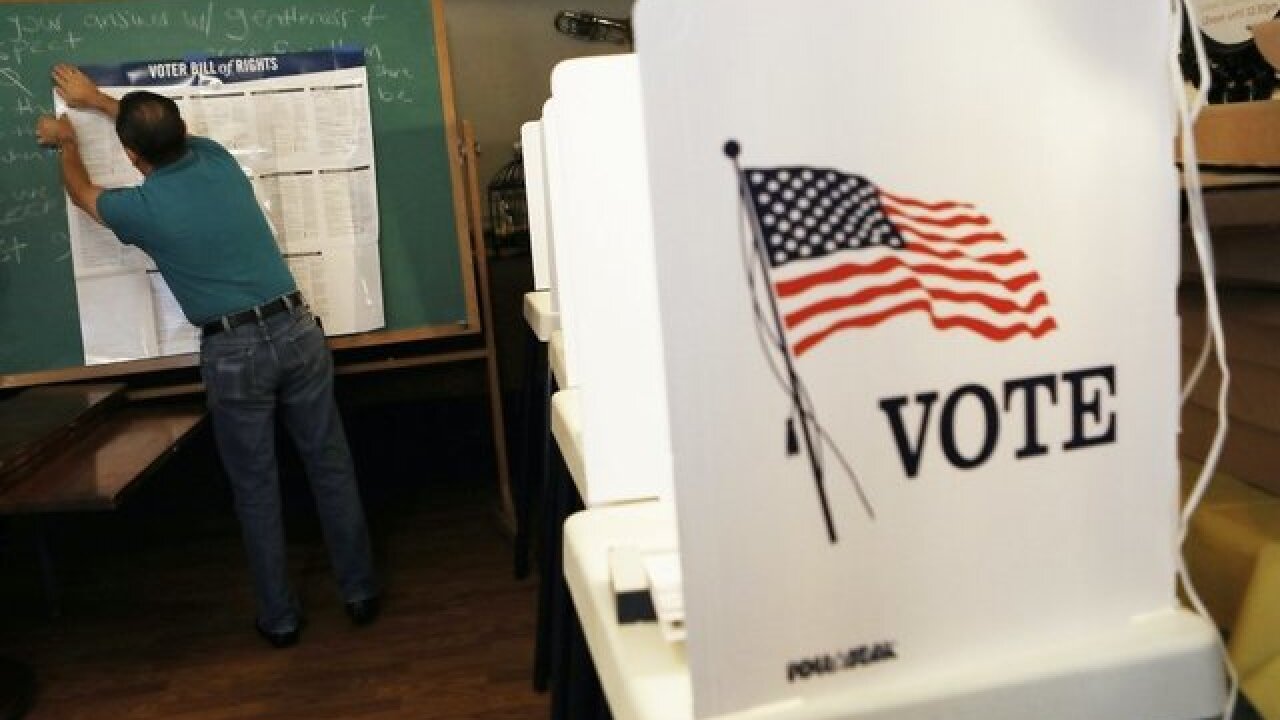 Agriculture Commissioner Adam Putnam faces U.S. Rep. Ron DeSantis in a race where President Donald Trump has taken DeSantis' side. Putnam has seemingly been building up to this race his entire adult life. He was elected to the state House in 1996 at the age of 22, elected to the U.S. House in 2000, and to his current job in 2010. It was no surprise when he announced he was running for governor, and he quickly built up establishment support and raised millions of dollars. He was considered a shoo-in for the Republican nomination.

Then in December, Trump tweeted out his support for DeSantis, who wasn't even in the race at the time. DeSantis announced his candidacy in January. While Putnam was focused on a grassroots campaign of traveling the state doing breakfasts and barbecues, DeSantis was an almost nightly feature on Fox News, usually defending Trump. The president held a Tampa rally with DeSantis and suddenly momentum shifted.

Florida's Democratic primary is the most crowded since 1978, the year Bob Graham eventually won the governor's race. Coincidentally, Graham's daughter, former U.S. Rep. Gwen Graham, is on the ballot this year and has been polling favorably leading up to the primary. The Democratic ballot is also one of the most diverse Florida has seen. Of the five major candidates, only Orlando-businessman Chris King is a white, Christian man. Graham could become Florida's first female governor; Tallahassee Mayor Andrew Gillum could become the state's first black governor, and either former Miami Beach Mayor Philip Levine or billionaire Jeff Greene could be the state's second Jewish governor.

While Graham has been helped by her father's popularity with Democrats (he also served in the U.S. Senate), Levine and Greene have spent millions of dollars of their own money to blanket airwaves with ads. Gillum has been a favorite of groups that call themselves progressive. King has also spent several million of his own money on the campaign but has failed to gain traction in polls.

The Republican primary for this open Cabinet seat has gained most of the attention. State Rep. Matt Caldwell, state Sen. Denise Grimsley, former state Rep. Baxter Troutman and former Army Col. Mike McCalister are vying for the seat Putnam is leaving because of term limits. Caldwell is backed by the National Rifle Association and has focused his media campaign on being pro-gun. Grimsley comes from a family of cattle ranchers and citrus growers.

Troutman is a businessman and citrus grower who's spent more than $3 million of his own money on the campaign. McCalister has been nearly invisible in the campaign but did receive 13.9 percent of the vote during the 2012 Republican U.S. Senate primary. The Democratic primary is a contest between Homestead Mayor Jeffrey Porter, lobbyist Nikki Fried, and environmentalist Roy Walker. Combined, the Democratic candidates haven't come close to raising or spending what Troutman has put into the race with personal checks.

The Democratic and Republican primaries have each been particularly nasty - and now there may not even be a Democratic primary. Democratic state Rep. Sean Shaw, the son of a former Supreme Court justice, has more money and establishment support, but he still felt the need to file a lawsuit in an attempt to get Tampa attorney Ryan Torrens off the ballot. Torrens responded by suing Shaw for libel. Just four days before the primary, a judge agreed with Shaw that Torrens used an illegal donation to pay the qualifying fee to get on the ballot, and ruled that no votes for him should be counted.

On the Republican side, auto-dealer lawyer and state Rep. Frank White has been running as a Trump-style conservative, while the former judge and prosecutor Ashley Moody is running on her experience in court. White has attacked Moody for suing Trump over a failed Tampa development project, while Moody has attacked White as a car salesman turned politician.

Four incumbent members of Congress are leaving their seats, setting up some interesting primaries. And three incumbents - Republican U.S. Rep. Matt Gaetz and Democratic U.S. Reps. Al Lawson and Darren Soto - are facing serious challenges from within their own parties. Among the most watched races is the scramble to replace Republican U.S. Rep. Ileana Ros-Lehtinen in a district that should favor Democrats.

The best-known candidate in that race is Donna Shalala, who served as President Bill Clinton's Health and Human Services secretary and as University of Miami president.  Gaetz essentially won his seat two years ago when he took a crowded Republican primary in a heavily GOP district with only 36 percent of the vote. He's now being challenged by Cris Dosev, who had 20 percent of the vote in 2016 primary. Soto is being challenged by the man he replaced in Congress - Alan Grayson. Soto won a crowded primary with only 36 percent of the vote.

Despite badly losing a U.S. Senate primary two years ago, Grayson is well known and still popular in the district. Al Lawson is being challenged by former Jacksonville Mayor Alvin Brown. Republican U.S. Rep. Dennis Ross is giving up his seat and state Rep. Neil Combee and state Rep. Ross Spano are battling for the Republican nomination in a heavily GOP district. Republican U.S. Rep. Tom Rooney is also leaving Congress in a heavily Republican district, meaning the primary winner between state Sen. Greg Steube and state Rep. Julio Gonzalez will likely go to Washington. And the seat DeSantis is leaving to run for governor has two primaries.

Republican Gov. Rick Scott has a primary, but it's a foregone conclusion. Also on the ballot is Rocky De La Fuente, who is running for Senate in several states and hasn't had a visible campaign in Florida. Once the election is official, Scott will face Democratic Sen. Bill Nelson.