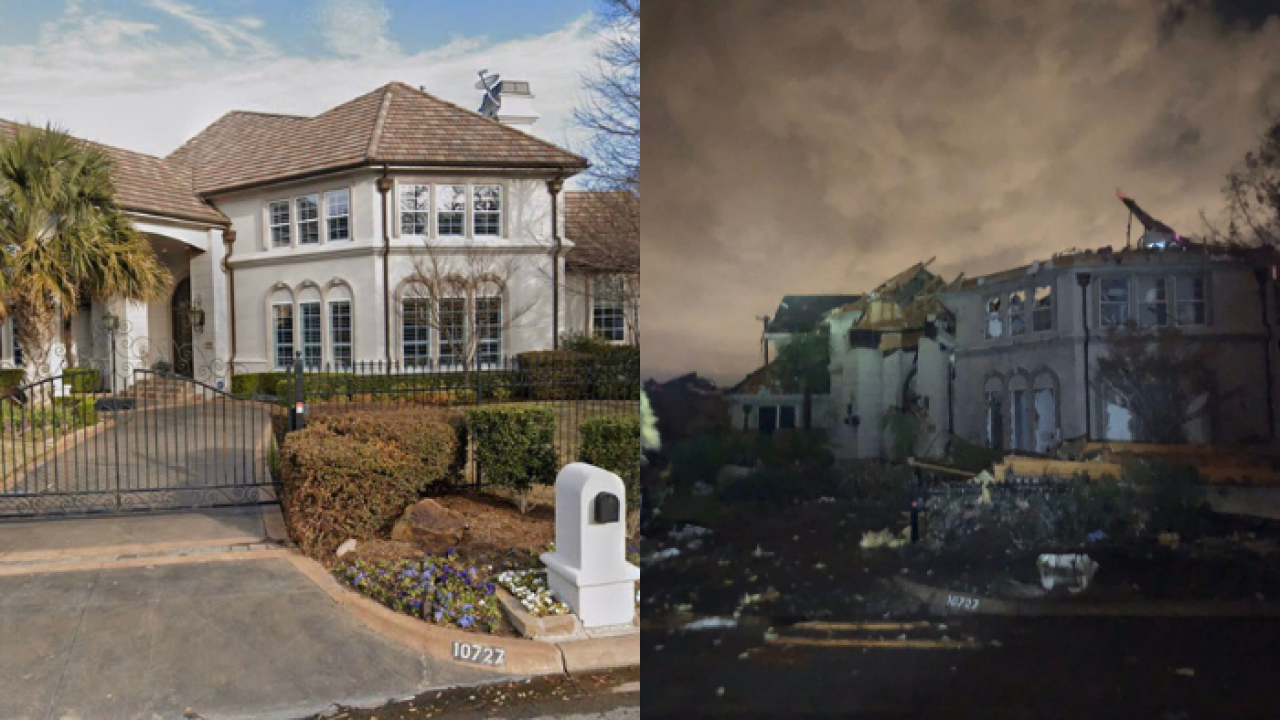 DALLAS, Texas -- The city of Dallas says it hasn’t received reports of fatalities or serious injuries after a tornado touched down Sunday , but it’s assessing the damage.

Dallas Stars player Tyler Seguin said his home that he recently listed for sale was destroyed during the tornado. No one was injured in the home.

Thanks to everyone reaching out about the news tonight, I am safe. Luckily this is my house for sale and I have moved into a new one. I just left the area and it is an extremely sad sight to see. Prayers to everyone affected by the tornado. https://t.co/wT6XlUBi8N

According to Oncor, nearly 112,000 customers are affected by power outages. Six Dallas Independent School District campuses have canceled class on Monday, as has The Episcopal School of Dallas.

The city says in a release that there are reports of gas leaks north of Walnut Hill. Approximately 35 traffic signals aren’t communicating.

The city of Dallas is preparing to open a shelter by 2 a.m.

Dallas Fire-Rescue spokesman Jason Evans says in a release that the department is responding to a structural collapse, from which seven people made it out safely. He says the department has responded to multiple calls form people injured in their homes by broken glass.

A fire station was also damaged during the story. Station 41 suffered from major damage.

This story was originally published by staff at WXXV.