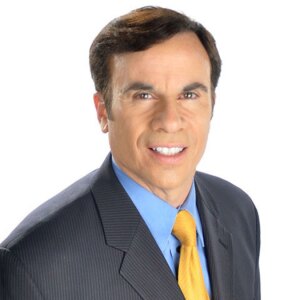 As the cost of funerals gets higher and higher, and cemeteries fill up, more and more people are considering cremation for  when they pass.

But one family learned it's not always that easy getting permission to be cremated.

Charlie Craddock never thought his mother's passing would create so many problems. When he tried to honor her wish to be cremated, he learned it's not so simple.

"It started back in 1998," he said, "when my mother went and prepaid for her funeral arrangements."

Craddock says she prepaid for cremation, even writing it into her will. "She bought a cremation policy, so she thought everything was done, and there wouldn't be any problems," he said,

But her plan hit a snag, when he began making arrangements at her local funeral home. "The funeral director told me all your siblings have to agree that she can be cremated," Craddock said.

The funeral home would not allow anything until all 4 adult children signed a consent form.

With the clock ticking toward the funeral date, Craddock had to get written permission from his three siblings, including one brother who was out of the country.

"There was a problem in that my older brother was in the Philipines, and we had to wait to get a hold of him," Craddock said.

Not only did he have just 48 hours to get everyone's OK, but Craddock said if just one sibling had second thoughts, the cremation would have been called off.

What About the Will?

As for his mother writing it into her will, it was not scheduled to be publicly read until a few days after the funeral, so it could not count as a legally binding document until the official reading.

In addition, Craddock says it also was a shock to the family's finances. His mother had prepaid $800 for cremation, not $6,000 for a full burial.

What Craddock soon learned is that each state has different and confusing laws pertaining to cremation, according to the National Funeral Directors Association.

Some states, such as Florida, Indiana, and California, allow the deceased to decide, before they die, by signing a "directive" that specifically allows cremation.  That is considered a binding legal document, and no one else needs to be consulted.

But in Kentucky, Michigan, Massachusetts and several other states, adult children are still required to sign off on cremation.

Ohio and many other states are somewhere in the middle, allowing directives in some cases, or requiring just a "majority" of adult children to approve it (so that a son or daughter on safari in Africa doesn't have to fly home immediately to sign a consent form.)

Craddock learned that  if you desire cremation, it might be best to "check with your children beforehand, because if they disagree, they can cause a problem," he said.

In addition check to see what directives your state allows (The attorney handling your will is a great place to start).

Just writing "I wish to be cremated" into your will usually is useless, because the will be not be publicly read until after your funeral —.and burial.

Funeral directors says since cremation is obviously  "irreversible," there are major legal risks to funeral homes if it is done without everyone signing off on it.

In the end, Craddock was able to have his mother cremated, but he says it was a close call getting all the children to sign the authorization. She now rests in peace in an urn in a cemetery mausoleum, just as she desired.

As always, don't waste your money.