WHO to temporarily stop study of hydroxychloroquine for COVID-19 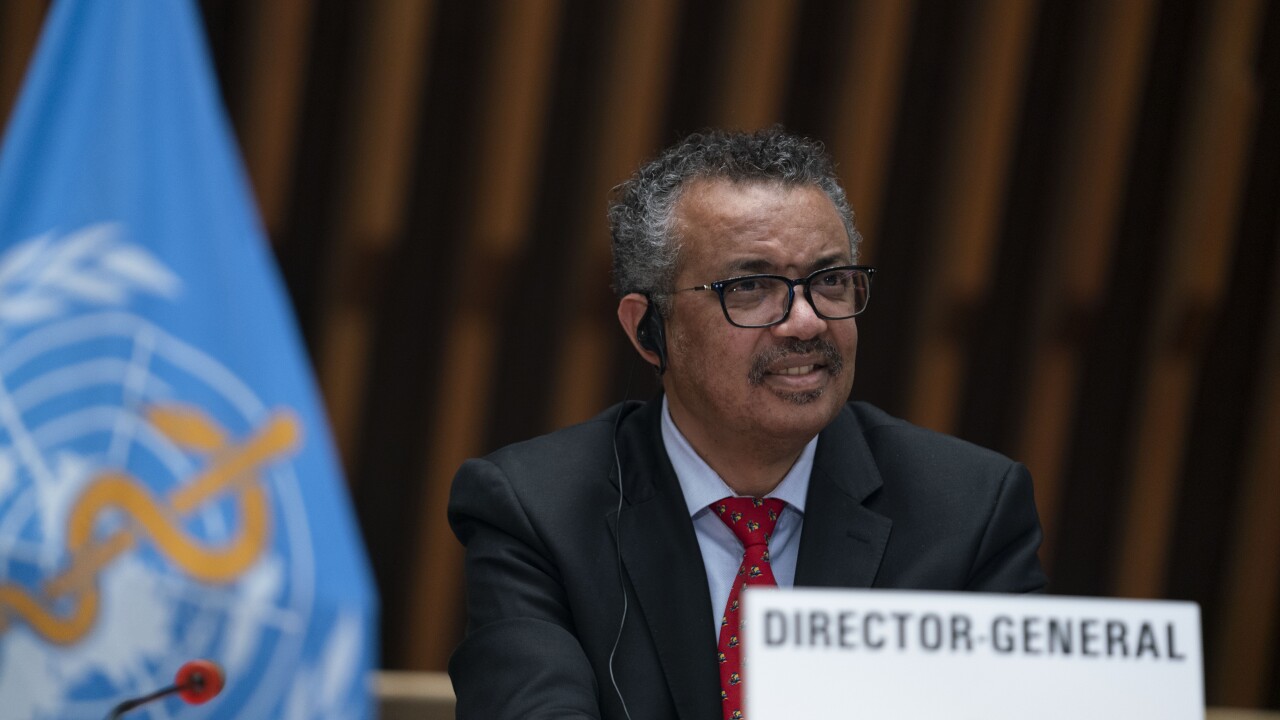 Copyright 2020 The Associated Press. All rights reserved
WHO/Christopher Black/AP
Tedros Adhanom Ghebreyesus, Director General of the World Health Organization, attends the 147th session of the WHO Executive Board session in Geneva, Switzerland, Friday, May 22,2020. (WHO/Christopher Black via AP)

LONDON — The World Health Organization said that it will temporarily drop hydroxychloroquine — the malaria drug U.S. President Trump said he is taking — from its global study into experimental COVID-19 treatments, saying that its experts need to review all available evidence to date.

In a news briefing on Monday, WHO director-general Tedros Adhanom Ghebreyesus said that in light of a paper published last week in the Lancet, that showed people taking hydroxychloroquine were at higher risk of death and heart problems than those that were not, there would be “a temporary pause” on the hydroxychloroquine arm of its global clinical trial.

“This concern relates to the use of hydroxychloroquine and chloroquine in COVID-19,” Tedros said, adding that the drugs are accepted treatments for people with malaria or auto-immune diseases.

Other treatments in the study, including the experimental drug remdesivir and an HIV combination therapy, are still being pursued.